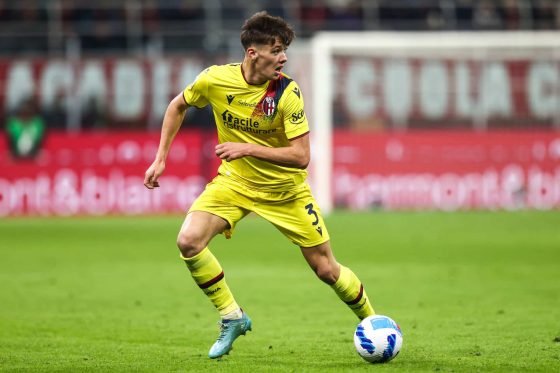 Scottish football has unearthed several gems over the years, many of which have gone under the radar due to the lack of attention football often gets in the country.

Perhaps this is the reason why many youngsters jump at the chance of moving abroad. The likes of Jack Hendry and Ryan Gauld are testament to this, with the former leaving Celtic to join KV Oostende in 2020, and the latter making a high-profile switch from Dundee United to Sporting Lisbon in 2014.

Hendry currently lines out for Belgian side Club Brugge, with Gauld now in MLS with Vancouver Whitecaps. The latter was recently named MVP as his side won the Canadian Championship.

There is, however, a new destination that many Scottish youngsters are taking, with a handful of up-and-coming players choosing Italian football as their way of progressing their careers.

Full-back Aaron Hickey made plenty of headlines when he joined Bologna from Hearts in 2020. That’s because a handful of Premier League clubs were eyeing his signature. But he chose the Serie A outfit, and went on to become an integral player during his two years there.

His versatility was admired in particular, with the Scot capable of playing on either side of the defence, or indeed further forward in a wing-back or wide midfield role. His displays for Bologna quickly caught the eye of many, and he was called up to the Scotland national team in March of this year.

An international debut followed, but many of the headlines around him have since focused on his club career, with Premier League Brentford winning the race for his signature. Arsenal had long been interested in the left-back, but the Bees have landed the 20-year-old for a reported £18m.

While Hickey’s move may have garnered the most attention in recent years, it was, however, Liam Henderson who should perhaps be credited for starting the trend, at least in the modern era. Struggling to break into a hugely successful Celtic first-team in his youth, he first made loan moves to Rosenborg and Hibernian.

But a permanent switch to Serie B side Bari followed in 2018, with financial issues at the club resulting in Henderson moving to fellow Serie B outfit Hellas Verona. He was a key player as the club were promoted to Serie A, but seemingly wasn’t deemed ready for the step up, and was loaned back down a division to Empoli.

Lecce then picked him up for the following campaign, but the midfielder has since returned to Empoli, where he played every game last season as the side clinched 14th spot in Serie A.

Another versatile young left-back that enjoyed a hugely successful stint in Scotland is Josh Doig, who spent three years at Hibs after starting out for Edinburgh rivals Hearts. Doig had been following in the footsteps of Hickey for many months, in that several Premier League sides – including Manchester City – had been keeping tabs on him.

But he has since followed fully in the footsteps of the Brentford man, having last month joined forces with Serie A club Hellas Verona. The 20-year-old has moved to the Italian side for a reported £3m.

The youngster may feel most comfortable at left-back, but like Hickey, is also capable of playing further forward. Hibs even played Doig in central defence and central midfield during his time in the Scottish capital. 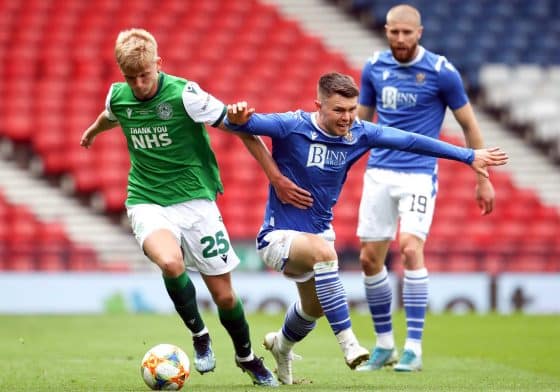 Nephew of Rangers and Scotland legend Barry Ferguson, Lewis Ferguson had been crafting a similar success story with Aberdeen, where he was a regular in midfield since 2018. His displays at the Dons earned him the SFWA Young Player of the Year award in 2019/20.

But his success didn’t stop there, with the youngster making his Scotland national team debut in September 2021 against Denmark. He started out in his homeland back in 2017 with Hamilton, but has opted to venture to pastures new with a £3m move to Bologna.

It is, therefore, a case of one Scot in and one Scot out at the Serie A side following Hickey’s transfer to Bologna. The two talented youngsters will undoubtedly have plenty to discuss about Italian football during their next break with the Scotland national team.

Which other Scottish players once made the switch to Italy?

Beginning his professional career at Morton, ferocious forward Joe Jordan had lengthy spells at both Leeds and Manchester United before making a switch abroad to play for Italian giants AC Milan. He spent two seasons with I Rossoneri in the early 1980s, one in Serie A and one in Serie B.

Another campaign in Italy’s top-flight followed, as Jordan made a move to Hellas Verona. But a return to England came after just one season, with the Scot lining out for both Southampton and Bristol City.

Scottish legend Graeme Souness was another to give the Italian life a try in the 80s, when he moved from English giants Liverpool to Serie A side Sampdoria. There, he spent two campaigns, helping the club lift their first ever Coppa Italia in 1984/85.

The no-nonsense midfielder played alongside the likes of Roberto Mancini and Gianluca Vialli during his time there, and even made a return to Italy some years later, taking up a brief role as Torino manager. 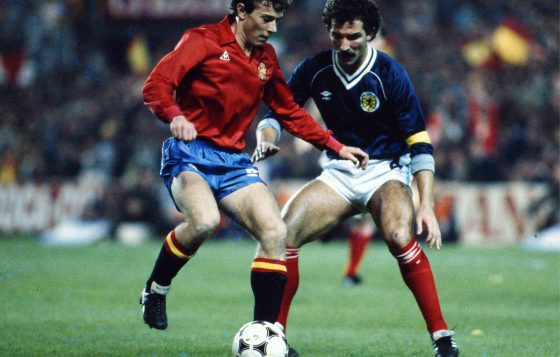 Who could move next, and why now?

Former Aberdeen right-back Calvin Ramsay almost joined this growing list amid heavy interest from Bologna, but he opted for English giants Liverpool instead, hoping perhaps to one day replace Trent Alexander-Arnold in Jurgen Klopp’s first team. That, of course, will not be an easy task.

Another young defender in Celtic’s Stephen Welsh is reportedly the latest target for a Serie A club. In January, Sky Sports reported that Udinese had an offer rejected for the centre-back.

Not only are these somewhat smaller Italian clubs getting a talented player, but perhaps they have one eye on the future with their signatures. Bologna certainly made a hefty profit on Hickey with the £18m sale to Brentford.

From a player perspective meanwhile, it’s not only a chance to experience a new culture both inside and outside of football, but they get to come up against some of the best competitors in world football.