On 31 January, Aston Villa signed Scott Hogan for a transfer fee that could reach £12 million. While sad to leave Brentford, the player stated his desire to get started at a club with a proud past and a recent history of Premier League football.

“I’m delighted to be at a club like Aston Villa,” he said.

“With its history and tradition I can’t wait to start working hard and helping the team. It all happened quite quickly. I’m looking forward to meeting my new team-mates and beginning a new chapter in my career.”

The deal was made official a matter of hours after Aston Villa had been soundly beaten by three goals to nil away at Brentford. Hogan, for obvious reasons, didn’t play, but there was something bleak and confusing about the situation. The new signing created excitement, but the result dampened the mood. In the aftermath, Villa legend and lifelong supporter Ian Taylor summed up the pervading atmosphere, tweeting simply: “Embarrassed…..goodnight.”

Hogan’s arrival was the final act of a busy January transfer window that saw the club seemingly attempt to assemble a Championship all-star team in a bid to get out of the division and back into the top flight at the first attempt. 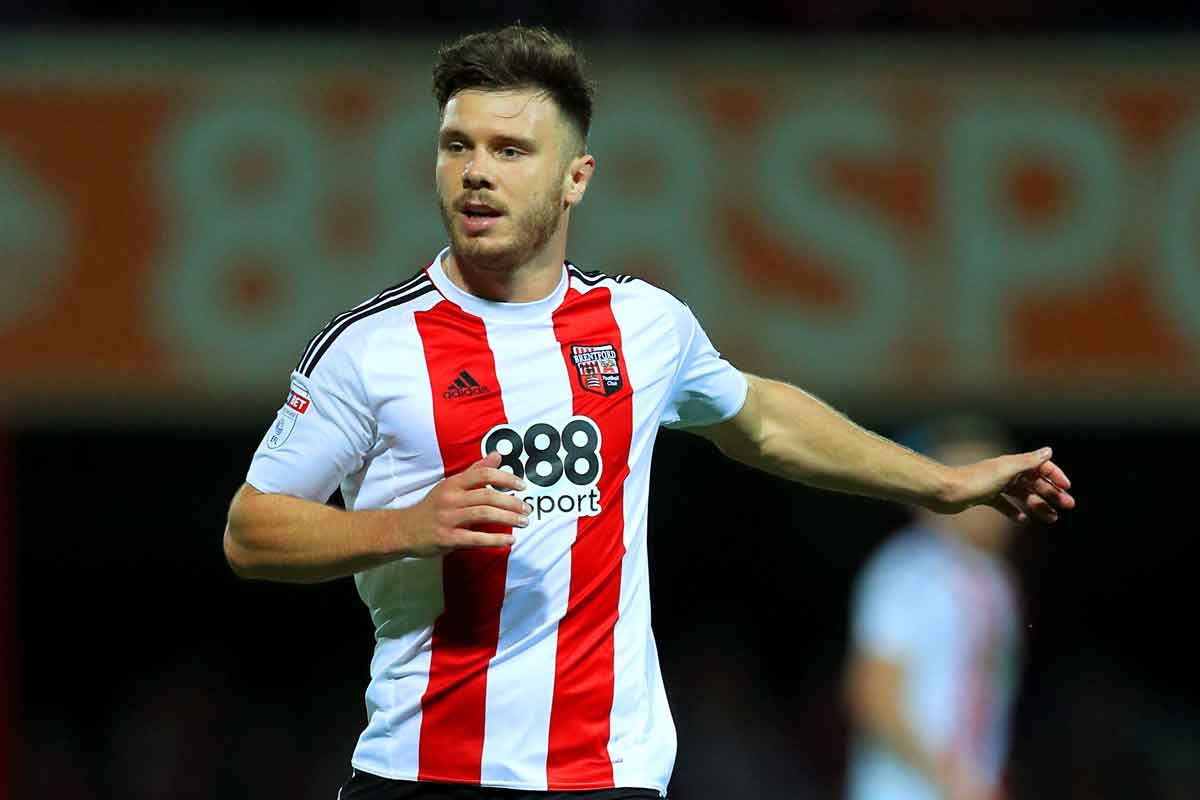 However, despite the quality and quantity of new additions, Hogan’s signature was arguably the most important of the lot.

Scotsman Ross McCormack has a record of finding the net at Championship level — goals saved Leeds in a time of uncertainty and he scored consistently with Fulham, but he angered manager Steve Bruce and, having hit just three goals in 20 league appearances, was sent on loan to Nottingham Forest.

Villa haven’t had a prolific, true number nine since Christian Benteke left for Liverpool in 2015. McCormack wasn’t the answer, though truly he wasn’t the only one to underwhelm.

Gabriel Agbonlahor has struggled in recent seasons with fitness issues part of the problem, while tall Czech target man Libor Kozak has also suffered due to injuries. Rudy Gestede was, while strong in the air, technically limited, and either way he — like Jordan Ayew, one of the team’s better performers this term — left in January for Premier League pastures.

Kodjia has, in fairness, led by example since signing from Bristol City last August in a £15 million deal. He was expected to provide the goals along with McCormack, and he has done a better job than his Scottish team-mate in that regard, with nine to his name this season so far. In addition, the Ivorian international has provided pace, movement and strength, as well as a willingness to work and play out of position when necessary. 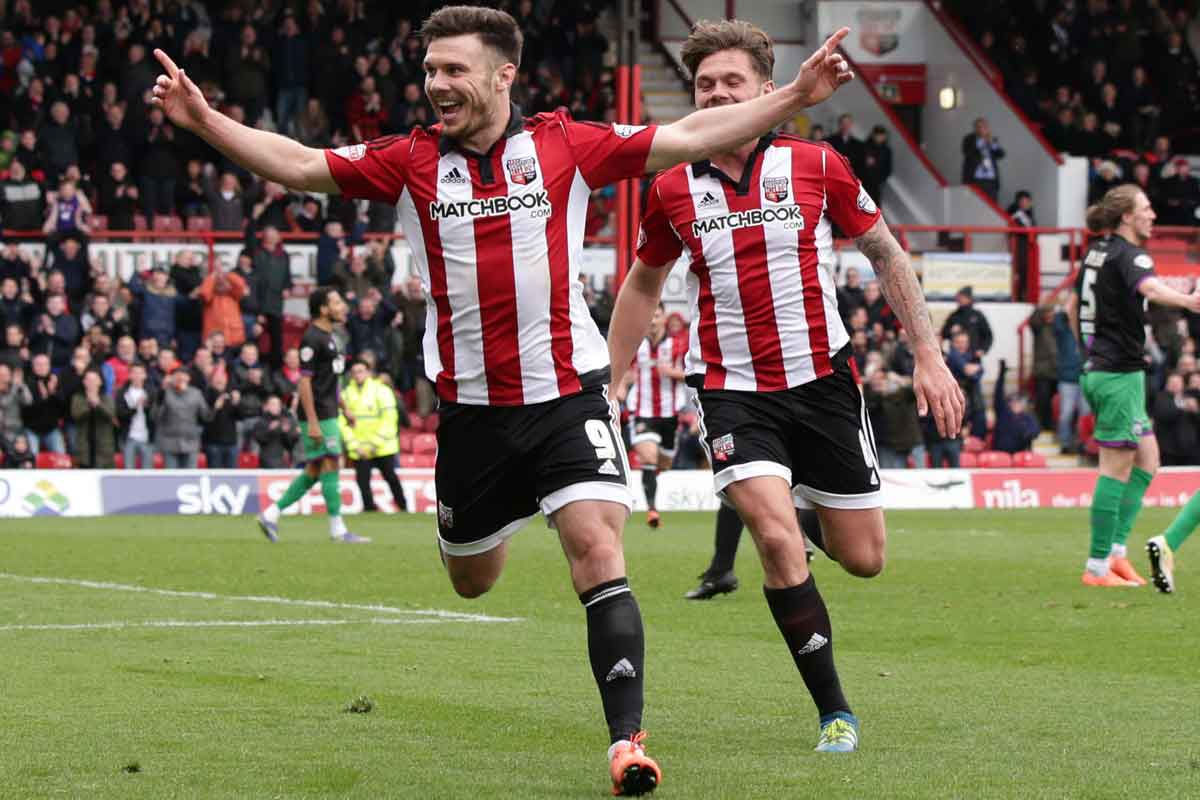 But, try as he might, Kodjia has not been able to steer the ship alone up front. Consequently, Bruce’s side have one of the worst goal scoring records in the Championship—only two teams, relegation zone occupants Wigan and Rotherham, have scored fewer than Villa’s 28 goal haul, which after 28 fixtures means their goals per game record stands at a lowly one. Hogan is seen as the antidote for many of the team’s attacking issues.

The 24-year-old started his career in Rochdale’s youth academy before starring in non-league football on loan at Woodley Sports. He then signed for Halifax in 2010, where he spent his first season acting as an understudy to Jamie Vardy. But the goals wouldn’t flow for Hogan until he returned to Rochdale in 2013 where, in his first campaign in League Two, he scored an impressive 17 goals in 33 league games. That return led to interest from above, and he eventually moved to Brentford in 2014 in a reported £750,000 deal.

An anterior cruciate ligament injury kept Hogan out of action for the best part of two years, but he came back with a bang. He scored seven goals in seven Championship games towards the end of last season and entered 2016-17 with confidence in full flow.

“The target is 30 goals,” he stated emphatically at the beginning of the campaign.

“It's certainly realistic without a question of a doubt… it's just about getting the ball to me and I'll do the best. 30 is realistic.”

Playing alone up front in a 4-2-3-1 shape, Hogan went about trying to achieve his goals. And, striking up a good relationship with Romaine Sawyers behind him (Sawyers provided three assists for him this term), Hogan had 14 goals to his name at the start of January. This form led to interest from West Ham, but Aston Villa eventually secured his capture after toying with the idea of signing Jordan Rhodes.

Like Rhodes, Hogan is a finisher first and foremost. He relishes playing right up against the opposition’s defensive line, looking for space behind to run into and create one-on-one scoring chances. This eagerness to operate high has led to him being called offside more – 1.8 times per game – than any other Championship player this season. Essentially he is an opportunistic, clinical penalty box specialist.

Bruce has been forced to work with one up front mainly due to a lack of alternative options. The arrival of Hogan provides Kodjia with serious competition for the lone role, though the more realistic course of action is that he will give Bruce tactical options in terms of the formation he chooses going forward. Potentially, the Villa manager could now satisfy the fan’s wishes by playing a front two—he has previous of using a 3-5-2 system, though a 4-4-2 shape is also a possibility.

Hogan is not a holistic solution, but he is exceptional in providing the one thing Aston Villa have been lacking of late: goals. For that reason, he could be just what the club needs to kick-start their faltering campaign.