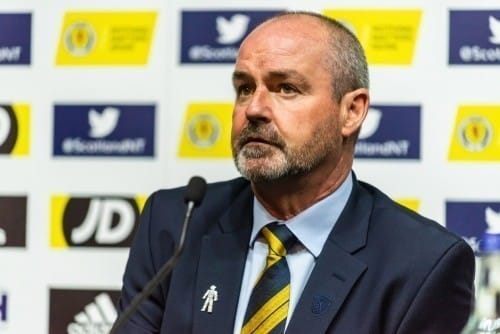 The Scotland national team may not be filled with the world-class stars that are present in other nations around the world, but they do boast one of the strongest positions in global football.

The left-back position for Steve Clarke’s side is one of the most strongly contested on the international scene. Perhaps calling it a dilemma is a bit harsh, given just how many superb options they have available to fill the position.

While England lays claim to some of the top right-backs on the planet, including Trent Alexander-Arnold and Reece James, it is the other side of the pitch that Scotland find themselves blessed with talent.

Captain fantastic Andy Robertson has been a superb servant for his country over the years. He has replicated his club form with Liverpool on the international stage, leading his nation to the Euro 2020 finals.

While it did not go exactly to plan for Robertson and Co., they have since embarked on a successful World Cup qualifying campaign. The full-back was key at both ends as they enjoyed a six-game winning run to clinch second spot in the group, and thus a play-off tie against Ukraine.

That winning run came to an end on Thursday evening, with Poland netting a last-minute equaliser in the 1-1 friendly encounter at Hampden. And Robertson was out of action for that one, having picked up an illness while on duty for the Reds. He may yet be fit for Tuesday’s friendly meeting with Austria. 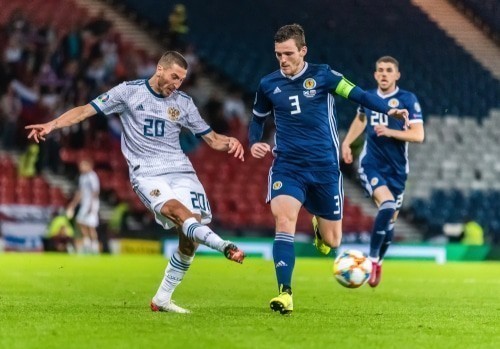 Another superb left-back both going forward and at the back, Kieran Tierney has often been forced to play on the left side of a back three for Scotland, such has been Robertson’s dominance in his preferred role.

But Tierney, who has also found himself in the same role at Arsenal, has been hugely effective. The central position certainly limits his ability to deliver perfectly weighted crosses into the box, but it does allow him to focus on his outstanding defensive abilities.

The full-back impressed long ago at Celtic before his high-profile switch to north London. He quickly won the hearts of the fans in east Glasgow with his passionate displays, and that achievement has been accomplished once again at Arsenal.

Despite suffering many injury setbacks, Tierney has become a key figure under Mikel Arteta, and has been crucial to the Gunners in their fight for fourth place this season. He netted the opening goal at Hampden on Thursday evening, much to his own surprise, with goals a rarity for the left-back.

Aaron Hickey is undoubtedly one of Scottish football’s most exciting talents. He perhaps hasn’t had as much time in the limelight as the likes of Billy Gilmour and Nathan Patterson, but his time in the spotlight is only just arriving.

The 19-year-old is currently thriving at Serie A side Bologna. He has become an immediate hit in Italy, making 27 appearances for the club this season. The youngster has even managed to get on the scoresheet four times.

Importantly, despite kick-starting his career at left-back for Hearts, he now features at left-midfield for Bologna, such is their tactical approach that involves full-backs playing much higher than usual.

It provides Scotland boss Clarke with an interesting option, in that he could also play Hickey in a more attacking role. He made his debut for his national side on Thursday evening, playing just over 20 minutes on the left side of a midfield four.

Fellow youngster Patterson wasn’t immediately favoured by Clarke, despite impressing for Rangers at the time of his selection. But since coming into the starting XI, the 20-year-old has gained huge plaudits for his displays.

It’s clear then that the man in the dugout is not afraid to give youngsters a chance on the big stage, and Hickey may just need to be a little patient. His problem, however, is that the left-back spot is hugely competitive, an issue that Patterson did not have to contend with.

Hickey has a huge future ahead of him, and unsurprisingly has been strongly linked with a move closer to home, as several Premier League clubs chase his signature. 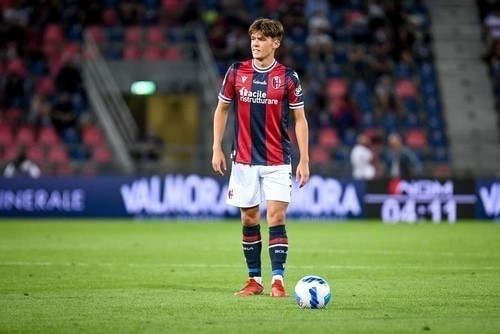 Greg Taylor certainly has his critics, but Celtic boss Ange Postecoglou has put his faith in the left-back over the last couple of months. The full-back has been a regular for his club lately in their bid to retake the title from Rangers.

At 24, he definitely has plenty to accomplish in his career, but perhaps this will not be at international level, given just how important Robertson and Tierney are. That said, he is an able deputy when called upon, but for now, Taylor looks set to miss out on a regular starting spot for his national team.

The Celtic full-back was handed a rare start for the national side in the draw versus Poland, but the illness to Robertson was certainly a major reason behind this. He played 67 minutes before being replaced by Hickey.

Again, it is England who undoubtedly boast the most impressive options on the international stage when it comes to right-back, and this is even true in terms of the youth scene.

Tariq Lamptey, Valentino Livramento, Ben Johnson, and Djed Spence have all been included in the latest England U21 squad.

Scotland may not have as many options as England, but again, the talent at left-back is seemingly making up for this. There is one rising star who could soon be lining out for the senior side, and that is teenager Josh Doig.

The 19-year-old is currently starring in the Scottish Premiership for Hibernian. He has 35 appearances in all competitions this season, and similarly to Hickey, has shown he is capable of playing in several different positions, including left midfield.

Both Arsenal and Manchester City have reportedly been showing an interest in both Hickey and Doig, meaning the Premier League could once again be on the receiving end of two top Scottish left-backs.

Could the young duo replicate the standards that their senior compatriots Robertson and Tierney have set for club and country? 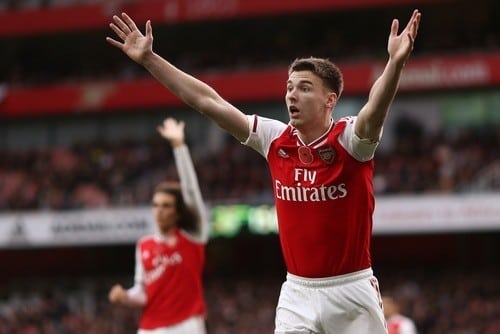