Games don’t come much bigger than this as Scotland and Ukraine face off in a World Cup playoff semi-final. Who will win? Find out with our Scotland vs Ukraine match preview with free tips, predictions and odds mentioned along the way.

Ukraine will find a way to win

Both Scotland and Ukraine arrive here in good form – hence they’re in the playoff semi-final. Despite both being in good form, we expect Ukraine to take the win here. Scotland haven’t lost a game since September where they experienced a four game winless run. Ukraine meanwhile haven’t lost since July when England beat them at the European Championships. That gives you an indication of how difficult to beat they are. Throw into the picture the emotion around Ukraine right now and it feels like they’ll find a way.

Do not expect goals

Neither of these teams have a track record of goals galore and when you also consider what is at stake then a cagey, low scoring match feels almost guaranteed. Scotland have seen seven of their last 10 matches go under 2.5 goals. Ukraine meanwhile have seen six of their past 10 fall short of the 2.5 mark as well. We fully expect this match feature very few goals.

Here are the key stats & form guide for Scotland vs Ukraine

A place in the final showdown awaits

For one of these nations, the dream of a place at Qatar 2022 will come to an end. For the other the dream will live on for at least one more showdown. No matter who comes out on top, you can bet your bottom dollar that it will all be left out on the pitch.

Scotland will look at the two teams taking to the Hampden surface and feel there is little in it quality wise. They’ll then look around the stadium and think the can harness the support to make it through. What they will have to do though is deal with the occasion – and being at home the pressure will really be on.

Ukraine, as a country, have had much bigger things to worry about than a game of football. That said, the players and staff will know how football can be the shining light in dark times. Knowing what joy they could bring to their struggling fans could be the catalyst for a one off display. They just need to avoid boiling over.

A quickfire FAQ on Scotland vs Ukraine 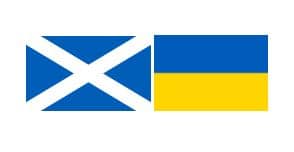