Following defeat to Denmark in midweek, Scotland must win at home to Moldova on Saturday to get their World Cup qualifying campaign back on track. The visitors currently sit bottom of Group F having only picked up 1pt from their opening four matches.

Scotland vs Moldova: Our Three Predictions

Scotland should be looking to keep a clean sheet against a Moldova side that have failed to score in three of their last five outings in all competitions, especially as Steve Clarke's side have kept two clean sheets in their last five fixtures. Scotland are the favourites to win and we're confident that the hosts will claim all 3pts this weekend.

We're not expecting a goal-fest on Saturday as the last two meetings between these two nations have produced under 2.5 goals. Four of Scotland's last six matches have witnessed fewer than three goals being scored and the same can be said for each of Moldova's last three outings. two of which they failed to score in.

Scotland beat Moldova 2-0 when the two countries last locked horns in 2005 and we're predicting another 2-0 victory for the favourites this weekend. Scotland haven't scored more than two goals in any of their last six international matches but have kept clean sheets in two of those games. Moldova have a habit of failing to score lately but have only conceded more than two goals in two of their last six fixtures.

Key stats and figures for Scotland vs Moldova

Scotland were outplayed by Denmark in midweek and Clarke will be demanding a response from his players this weekend. Craig Gordon is expected to continue in goal ahead of the uncapped duo of Clark and Kelly. Andy Robertson will lead a defence that is likely to contain Norwich City's Grant Hanley, while McGinnoffers a goal threat from midfield alongside the creative Billy Gilmour. Che Adams will be hoping to get the nod up-front but he has competition from Christie, Dykes and Nisbet.

Moldova lack international experience between the sticks but in defence, they have plenty in the form of Armas, Posmac and Jardan. Cojocari is 34-years-old and has 43 caps from midfield and youngster Victor Bogaciuc is aiming to earn his first appearance for the senior side. Goals are a struggle for this Moldova side with strikers Damascan, Antoniuc and Nicolaescu netting a total of 7-goals between them in a combined 84-caps. 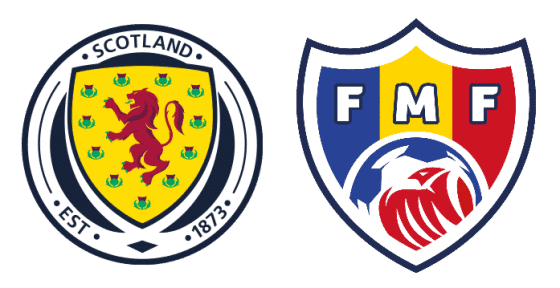