England never quite figured out how to best to make use of Frank Lampard and Steven Gerrard within the same team. The two players were legends at their respective clubs, but at international level their talents often went unfulfilled due to the tactical dilemma associated with fitting them both into central midfield. Scotland have had similar issues recently with Kieran Tierney and Andrew Robertson.

Tierney has established himself as arguably the finest player in the Scottish Premiership, in any position, over the last two years. The 20-year-old’s performances for Celtic have showcased a quality and intelligence rarely seen in someone so young.

Robertson, meanwhile, has worked his way up the ladder from Queen’s Park in Scotland’s fourth tier to Liverpool in the English Premier League, via spells at Dundee United and Hull City.

The duo are arguably Scotland’s best players. However, both consider left-back to be their primary position. As a consequence, it is impossible to fit both into the same line-up in their favoured role. The national team’s response to this has generally been to shift Tierney to right-back, but this is far from an optimal solution.

For direction, England’s Lampard/Gerrard conundrum offers some important insights. Both players were forward-thinking central midfielders, but the English national team were – at the time – insistent on playing a 4-4-2. As such, it was impossible for both players to thrive in the centre – giving them freedom to attack would have left the team completely open in the centre.

Since their retirements, the general consensus is that a tactical switch from 4-4-2 to something like 4-5-1, with Michael Carrick anchoring the midfield, would have allowed Lampard and Gerrard not just to play, but thrive together. 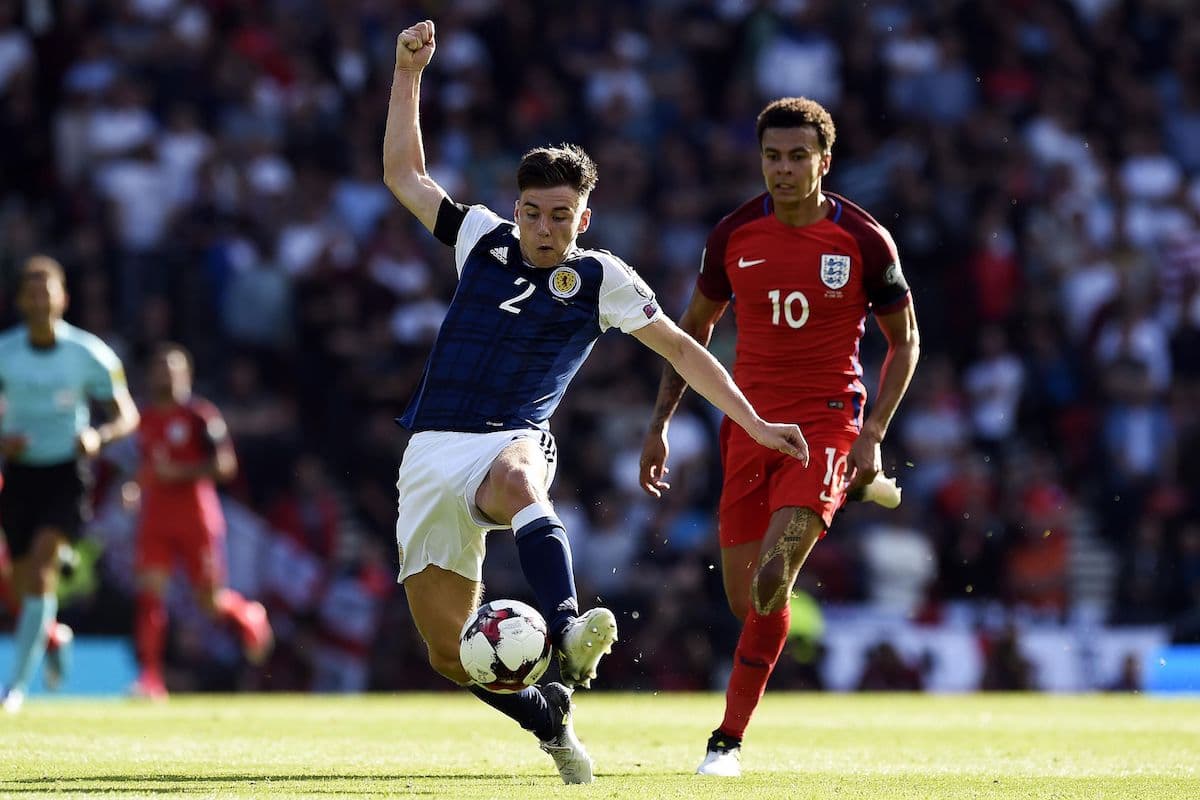 This should act as food for thought for Scotland boss Alex McLeish, who is set to begin his second spell in charge. While Tierney is out injured for the upcoming friendlies, the manager will have to find a way to use the player that doesn’t simply involve shunting him into the other full-back role.

At right-back, the Celtic star’s attacking tendencies are nullified by his having to come inside in an unnatural position.

He has operated effectively in a number of other positions at club level – including the wing, centre-back and central midfield. And, before he and Robertson become the Lampard/Gerrard of Scotland, it is worth considering alternative systems and positions for both players to thrive within the same team.

One fairly obvious option is to field both on the same flank within a 4-4-2 or a 4-5-1 formation. This would enable both to attack down their preferred sides, with one player taking up the left-back berth and the other on the left wing. Robertson is the less versatile of the two, but Tierney could very feasibly play in a slightly more advanced role.

The only downside to this is that the 20-year-old would not be able to support build-up and attack from deep, which are arguably two of the things he does best.

Instead, he would be stuck high on his flank, with less involvement in constructing moves and less space ahead of him to exploit. The upside is that he and Robertson would be able to combine, potentially creating dangerous overloads with both offering excellent crossing in and around the final third.

Perhaps a more intriguing scenario would see Tierney come inside to act as an attack-minded central midfielder within a 4-5-1 system.

Again, Robertson would take his place at left-back, but this time the Celtic man would not be directly in front of him. Rather his aforementioned quality on the ball would be indulged in a more central area, allowing him to make runs on the blind side of the opposition's midfield.

However, the most exciting solution would be for Scotland to switch to a back three with wing-backs. This change of system would work not only for the two left-backs, but for a number of other promising young stars.

Within, say, a 3-5-2 system, Robertson could act as the left-sided wing-back. The 24-year-old has the energy to patrol an entire flank by himself, as he has demonstrated regularly for Liverpool this season, and having the freedom of the left wing would enable him to surge forward and provide those accurate crosses of his. 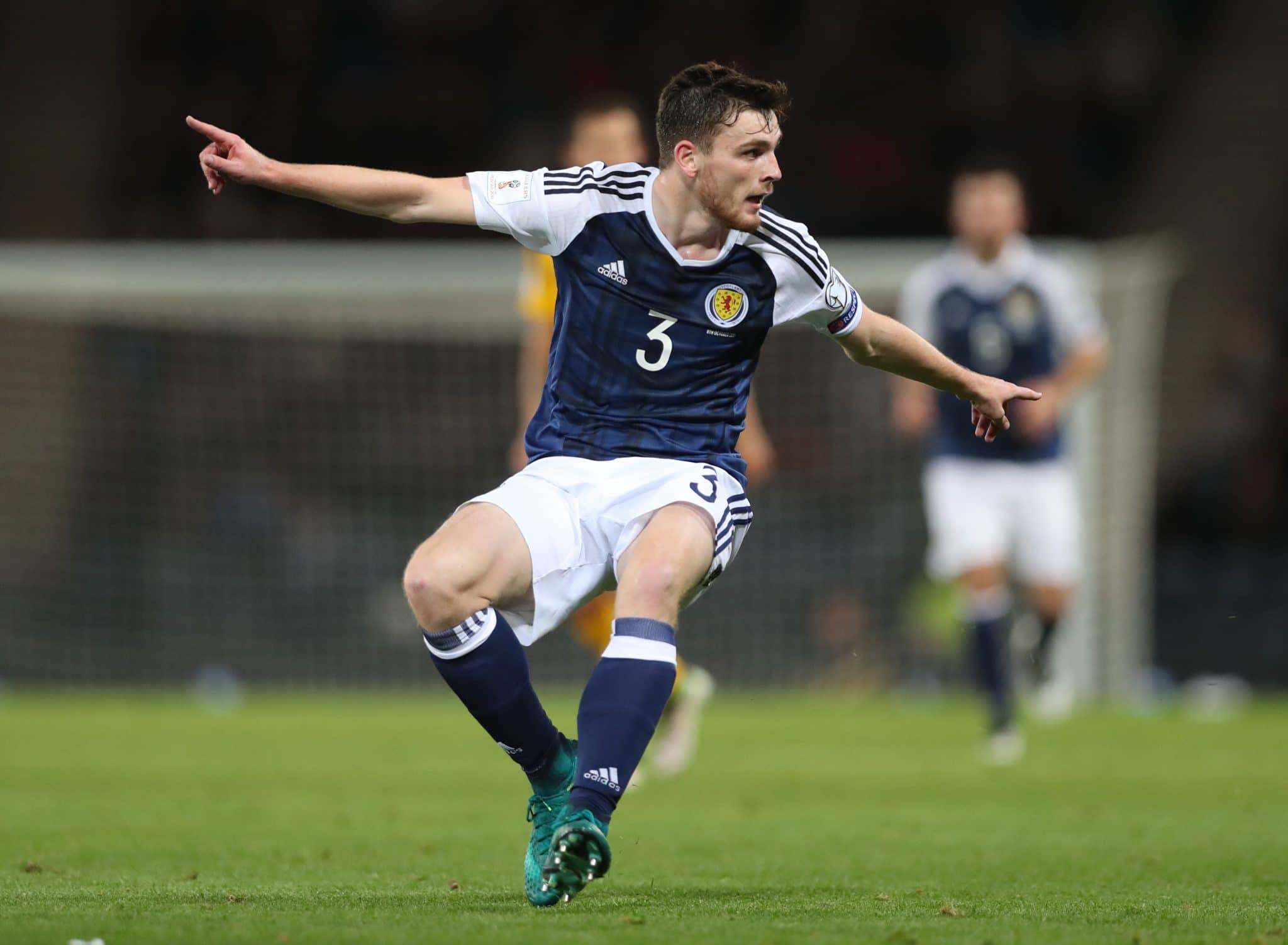 Tierney, meanwhile, would slot in on the left-hand side of the back three, taking up a role he has occupied well for Celtic on occasion. From here, he would be able to drive forward into midfield and provoke pressure from the opposition, while his adept passing could help Scotland to build out from the back more efficiently.

One added bonus of this choice of system is that it wouldn’t just solve the Tierney/Robertson conundrum. It would also allow the national team to utilise their startling array of talented young central defenders and playmaking midfielders.

Jack Hendry and John Souttar are both well-versed in playing within a back three at club level. Both are good on the ball and comfortable playing out. Both are also in their early 20s. In front of them, there is an endless list of slight, technically refined players – including Celtic’s Stuart Armstrong, Rangers’ Greg Docherty and Hibernian’s John McGinn – that would be better served by McLeish opting for three central midfielders instead of two.

Given Tierney and Robertson both have long careers ahead of them, solving this problem is not necessarily a short-term priority. However, if Scotland are to avoid the issues that England had with Gerrard and Lampard and maximise two of their best talents, they will have to be willing to experiment tactically.