Both teams enter this game after losing their matches in the first round of Group D of the Olympics, so the Saudi Arabia U23 vs Germany U23 duel comes with high stakes. With that in mind, we have prepared a preview of this match for you.

If you are struggling to decide on the best bet for Saudi Arabia U23 vs Germany U23, check our top betting tips for this game:

While both teams have lost their matches in the first round, Germany lost to the defending champions Brazil, while Saudi Arabia lost to Ivory Coast. Germany is the reigning vice-champion of the Olympics, so it's clear that they are the better team of the two. In fact, they are a much better team and our prediction is for Germany to win this game by at least two goals.

Germany U23 to Lead at Half Time

Since we expect to see a convincing win for Germany in this match, we also expect them to lead at half time. After all, most teams that win convincingly do so after leading at half time. We also like the odds on this bet very much, so we suggest that you explore this betting market as well.

Yes, Germany conceded four goals against Brazil in the first round. Yes, Saudi Arabia did score one goal against Ivory Coast. Despite this, we can't see Saudi Arabia scoring in this match, so our prediction is no on both teams to score. If you would like to try a bit better odds, you can bet on Germany to win to nil.

If you are looking for the top Saudi Arabia U23 vs Germany U23 odds, check our selection of odds from different UK bookies:

Saudi Arabia U23 vs Germany U23 preview: An easy job for Germany?

Germany U23 team came to this Olympic Games as the losing team in the 2016 final against Brazil. Germany lost that game on penalties after the game was tied after the regular and extra time. However, the two teams met in the first round in these Olympics as well, and Brazil dominated that game and won 4-2. Germany now has to beat Saudi Arabia to remain in the race for the next round.

This is the first time that Saudi Arabia is participating in the football tournament at the Olympics since 1996, which tells you enough of the quality of their team. Furthermore, the last five matches that the Saudi Arabia U23 team played in the Olympics have all been losses, so the team doesn't really have high expectations here either, especially after they've lost the game to Ivory Coast in the first round.

Frequently asked questions for Saudi Arabia U23 vs Germany U23 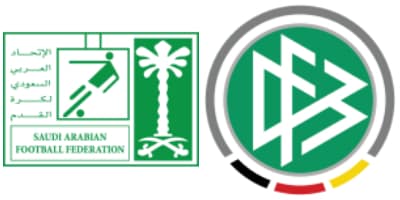