These two sides have the same amount of points in the Serie A table and we're expecting a close and competitive 90-minutes between the pair this weekend. sassuolo have the home advantage but Venezia have form in their favour, so this game should be tough to call.

Here are our predictions for Sassuolo vs Venezia.

As far as a final scoreline is confirmed, we believe that the most likely result in this game is a 1-1 draw. Both teams have been struggling to keep clean sheets of late, making a score draw more likely than the game ending 0-0. Venezia's last two draws have ended 1-1 and Sassuolo played out a score draw in their last game against struggling Genoa.

Sassuolo will have been very disappointed not to secure all 3pts from their trip to Genoa last weekend. Scamacca scored twice in the opening 20-minutes to put Sassuolo 2-0 up but goals from Right and Vasquez saw Genoa rescue a share of the spoils. Sassuolo have now only won one of their last six league games and the club has now slipped down into 14th place. The hosts might be the favourites to win this weekend but Sassuolo will have to put in a very good performance because their guests arrive full of confidence.

A solitary strike from Aramu handed Venezia an unlikely home win against in-form Fiorentina last time out. Venezia moved into 15th position with that result and are now on the same point as Sassuolo. Venezia have now picked up two wins and two draws from their last six matches and head into this weekend's game unbeaten in their last three games.

Sassuolo: Pedro Obiang and Filippo Romagna remain the main injury concerns for the hosts this weekend.

Venezia: Luca Fiordilino, Lauri Ala-Myllymäki and Luca Lezzerini could miss the trip to Sassuolo due to injury. 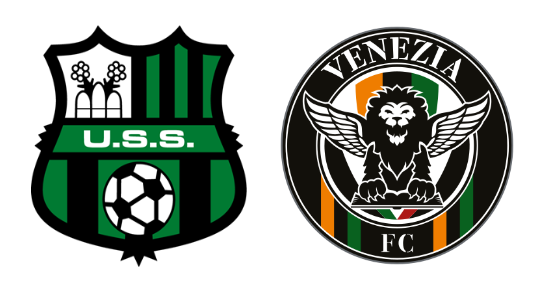