Just 1pt separates Sassuolo from Torino in the Serie A table and we're expecting a close and competitive 90-minutes between the pair on Friday night. Torino got their first win of the season at the weekend and avoided defeat in both of their games against Sassuolo last season so should be full of confidence.

Torino have a good record against Sassuolo, especially in recent seasons. Torino have won three, drawn two and only lost one of their last six competitive games against Friday's hosts, so you can see why we've backed the visitors with a double chance bet. Torino won last weekend 4-0 against Salernitana, while Sassuolo have drawn and lost their last two league games.

We're backing both teams to score on Friday night as each of the last seven league meetings between Sassuolo and Torino have failed to produce a single clean sheet. Both teams have also scored in four of Sassuolo's and three of Torino's last six outings in all competitions.

All you need to know ahead of Sassuolo vs Torino

Torino hoping to pick up where they left off against Salernitana

Sassuolo slipped to a narrow 2-1 defeat away at in-form Roma at the weekend, leaving them 9th in the Serie A table. Roma were 1-0 up at the break but Duricic equalised for Sassuolo shortly before the hour mark and looked to have earned his side a share of the spoils only for El Shaarawy to score Roma's winner in stoppage time.

Torino were made to wait for their first goal at home to newly-promoted Salernitana but once Sanabria opened the scoring in the 45th-minute, the hosts dominated the second forty-five. Bremer made it 2-0 in the 65th-minute and Pobega and Lukic added further goals late on to compound Salernitana to a 4-0 defeat.

Sassuolo: Filippo Romagna is the main injury concern for the home side this weekend. Raspadori was replaced at half-time against Roma and will face a late fitness test.

Torino: Andrea Belotti is expected to miss out once again with a broken finger, though, Torino scored four goals without him last weekend. 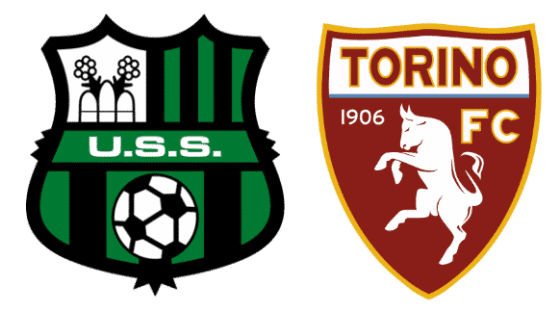