Sassuolo play their first home game of the Serie A season against a Sampdoria side they are unbeaten against in the pair's last four encounters. Sampdoria lost their opening game of the campaign at home to AC Milan so go in search of their first points on Sunday.

Sassuolo have picked up three wins from their last four games against Sampdoria, beating their guests 1-0 in this very fixture last season. Sassuolo won their opening game against Verona while Sampdoria lost last time out against AC Milan, so you can see why we're predicting a home win this weekend.

We're expecting goals in this game for both teams as that has been the way three of the duo's last five head-to-heads have finished. Both teams have scored in each of Sassuolo's last three outings, while Sampdoria have only failed to score in one of their last five fixtures. Sassuolo look very good going forward but keeping clean sheets has been an issue of late, something Sampdoria will be aiming to exploit.

At least three goals have been scored in three of the last five encounters between Sassuolo and Sampdoria. Three of Sassuolo's last four matches have witnessed over 2.5 goals, including their 3-2 win over Verona last time out. Sampdoria played out a five-goal thriller with Alessandria in the Coppa Italia couple of weeks ago, and have only failed to score in one of their last five fixtures.

Everything you need to know about Sassuolo vs Sampdoria

Sassuolo got the 2021/22 campaign off to a winning start away at Verona but needed three goals to ensure the victory. Raspadori, Duricic and Traore all scored goals for Sassuolo but a late flurry from the home side almost saw the game end in a draw. Sunday's hosts look very good going forward but a little suspect at the back, yet still head into this weekend's clash with Sampdoria as the favourites. Filippo Romagna's knee injury will keep him out of this weekend's game.

Sampdoria will be without Manolo Gabbiadini for the trip to Sassuolo as the player has an ankle injury that could keep him out until mid-September. A solitary goal from Brahim Diaz proved enough for AC Milan to get the better of Sampdoria last weekend, a game that was expected to be tight and tense. We're predicting a more open game between Sassuolo and Sampdoria on Sunday but expect the result to be the same. 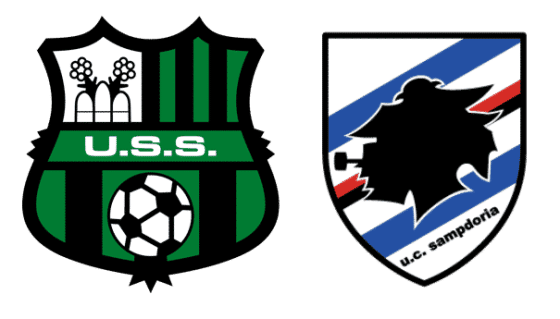