Sassuolo play host to Roma in Serie A on Sunday and we're expecting the two sides to put on a good show with plenty of entertainment for the neutrals.  Roma sit five positions and 10pts clear of Sassuolo and head into this game as the bookmaker's clear favourites to secure a victory.

Both teams have scored in five of the last seven meetings between these two clubs in Serie A, and we're predicting more of the same on Sunday. Four of Sassuolo's and three of Roma's last six outings in all competitions have ended with both teams getting on the scoreboard, so you can see just why we can't see either side keeping a clean sheet this weekend.

At least three goals have been scored in five of the last seven encounters between Sassuolo and Roma, including Sassuolo's trip to Roma back in September which ended in a 2-1 victory for Mourinho's men. Over 2.5 goals have also been scored in four of the host's and four of the visitor's last six fixtures, so there is no reason to expect this game to be low-scoring either.

Sassuolo were involved in Coppa Italia action in midsweek, maing the trip to Juventus. The visitors gave a good account of themselves, coming back from a goal down to make it 1-1 at the break but eventually lost the tie to a late own goal from Ruan. Sassuolo now switch their attention back to Serie A and the battle for a top-half finish but they must improve their negative goal difference in order to climb up the table.

Roma were also knocked out of the Coppa Italia in midweek, going down 2-0 at Inter Milan thanks to a goal from their former striker Dzeko and one from Sanchez. Mourinho's men remain in the hunt for the European places and a good finish to the campaign could see them earn a spot in the Champions League but there are plenty of other challengers for that position.

Sassuolo: Raspadori and Scamacca are suspended for the hosts, while Djuricic could miss out with a hamstring injury.

Roma: Zaniolo is suspended for the trip to Sassuolo, while Ibañez, Abraham and Spinazzola are all injury concerns. 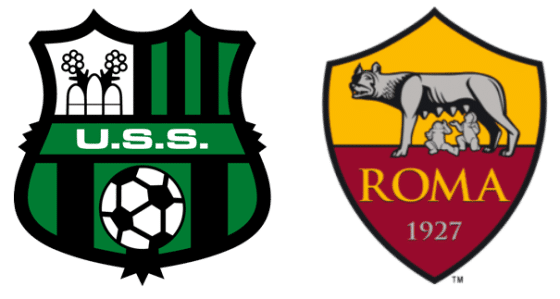