Inter Milan sit 3rd in the Serie A table heading into this weekend's trip to Sassuolo where a win could lift them above their city rivals AC Milan. Sassuolo have endured a slightly disappointing start to the campaign by their usual standard and currently find themselves in 12th position but did return to winning ways last time out against Salernitana.

Here are our predictions for Sassuolo vs Inter Milan

Inter Milan are unbeaten in their last five games against Sassuolo, picking up three wins and two draws. We're backing the division's 3rd-placed club to secure all 3pts this weekend against a Sassuolo side that have lost four of their last six competitive and non-competitive matches.

We're expecting a low-scoring game between these two teams as under 2.5 goals have been produced in four of Sassuolo's last six fixtures, while Inter Milan's midweek Champions League tie against Shakhtar Donetsk ended in a goalless draw. Having made the trip to Ukraine on Tuesday night, Inter Milan are bound to have some tired legs this weekend and may even decide to rotate their usual starting eleven, which is another reason we're backing a low-scoring 90-minutes on Saturday.

In terms of a final scoreline, we're backing a 1-0 win for Inter Milan as we believe that the visitor's class will shine through and prove enough to defeat Sassuolo. The hosts have failed to score in three of their last four competitive and non-competitive home games and now they face an Inter Milan defence that kept a clean sheet in midweek. Dzeko and Martinez are both in good goalscoring form for Inter Milan and we can see one of the pair converting a chance against Sassuolo to win this game.

All you need to know about Sassuolo vs Inter Milan

Inter aiming to go top with win over Sassuolo

Sassuolo weren't exactly convincing at home to Salernitana last time out but a solitary goal from Berardi proved enough to secure the hosts all 3pts. That win moved Sassuolo into 12th position and this weekend they will be looking to build upon that victory by avoiding defeat against Inter Milan, but that has proven tough to do in recent seasons.

Inter Milan will have been relieved to take home a point after slipping behind against Atalanta last time out. Martinez actually put the hosts in front in the 5th-minute but Atalanta lead 2-1 at the interval. In-form Dzeko equalised for Inter Milan in the 71st-minute and a point was probably the fair result on the balance of play. However, all 3pts will be demanded this weekend as Inter face a Sassuolo side they secured the domestic double against last season, winning 3-0 away and 2-1 at home.

Sassuolo: Jeremy Toljan, Pedro Obiang and Filippo Romagna are the injury concerns for the hosts this weekend.

Inter Milan: the visitors are likely to be without the services of Stefano Sensi and Gabriel Brazao for the trip to Sassuolo. 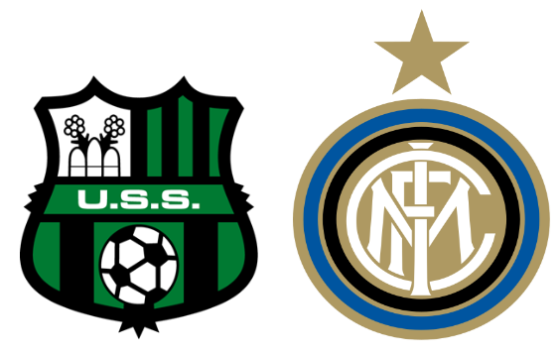