Sassuolo are heading in the right direction after a slow start to the new Serie A season and this weekend they have the home advantage over newly-promoted Empoli.

Here are our predictions for Sassuolo vs Empoli.

We're actually backing at least four goals to be scored in this game as that has been the outcome in three of the last five competitive matches played between Sassuolo and Empoli. Two of the host's last three matches have produced at least four goals, while three of Empoli's last five league games have also produced over 3.5 goals.

Everything you need to know about Sassuolo vs Empoli

Not many people gave Sassuolo a chance of even claiming a draw away at in form Juventus in midweek. However, Sassuolo took the lead a minute before the break through Frattesi after some nice work from Defrel who claimed an assist. Juve got themselves back onto level terms in the 76th-minute and the game appeared to be heading for a draw as the clock moved into stoppage-time only for Lopez to pop up with a 95th-minute winner for Sassuolo that silenced the home fans. Sassuolo are looking very good right now and appear to be heading in the right direction right now and could soon be challenging for the European places.

Empoli played host to the current Serie A champions Inter Milan on Wednesday where a goal in each half saw the home side slip to a 2-0 defeat. Empoli did well not to lose by more goals in that game but on the whole, the newly-promoted club have given a very good account of themselves this season and look like they have what it takes to remain in Italy's top-flight. A win for Empoli would lift them above Sassuolo in the league table but that could prove to be much easier said than done.

Empoli: Simone Romagnoli and Jacopo Furlan are the main injury concerns for the visitors this weekend. 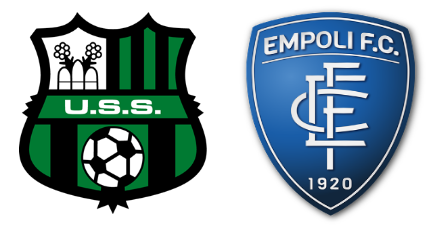