Sassuolo sit 8pts behind Atalanta in the Serie A table as things stand and the hosts will be hoping to take advantage of their guest's busy schedule and reduce the gap between the pair this weekend. Atalanta have slipped down to 7th-place in the table and can't really afford to drop any more points if they want to remain in the race for the final Champions League spot.

We're expecting goals in this game as six of the last seven encounters between Sassuolo and Atalanta in Serie A have witnessed at least three goals scored. Each of Sassuolo's last five fixtures have produced over 2.5 goals and both teams have scored in each of those high-scoring games, while Atalanta have scored in all bar one of their last six matches and their last league game produced 4-goals.

We're backing Sassuolo striker Scamacca to score against Atalanta this weekend as he has been in great form for the hosts and is their main goal threat this weekend due to top-scorer Berardi looking set to miss the match through injury. Scamacca has scored 13-goals in the league this season, just one of which arrived from the penalty spot and the Italian forward has scored four goals in his last six appearances in Serie A.

Everything you need to know about Sassuolo vs Atalanta

Sassuolo were away at Lazio last weekend where despite giving a decent account of themselves, the visitors narrowly lost the game 2-1. Lazio went in at the break 1-0 up and early in the second half they made it 2-0. Sassuolo always looked a threat going forward and did manage to pull a goal back through Traore in stoppage-time but there wasn't enough time left to find an equaliser.

Atalanta made the trip to Germany in midweek to face RB Leipzig in the 1st leg of their Europa League quarter-final. A goal from Muriel put the visitors in front in the 17th-minute but an own goal just before the hour mark allowed RB Leipzig to equalise and the scoreline ended 1-1. Still, that is a decent result for Atalanta who will be confident that they can beat the Bundesliga side in Italy next week.

Sassuolo: Frattesi is suspended for the home side and Berardi looks set to miss the game through injury.

Atalanta: De Roon misses the game through suspension, while Djimsiti and Toloi are both injury concerns. 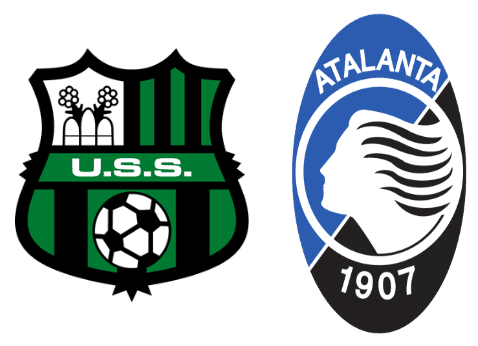