Maurizio Sarri might be surprised at a maximum six points from the first two games of the Premier League season.

“For sure, in this moment, we are not at the top of our potential,” he said just ten days ago. “I hope to be at the top of the potential of the squad in one or two months, but I don’t know.

Perhaps the consistent difficulty in defending cut-backs against Arsenal was one of these problems that the Italian was expecting. Chelsea fans will hope so because it should mean that Sarri has a plan to work on it.

The match could have finished so differently if Arsenal had finished their early chances. The problem with the cut-backs can be seen from Pierre-Emerick Aubameyang’s big chance just before Chelsea’s second goal. 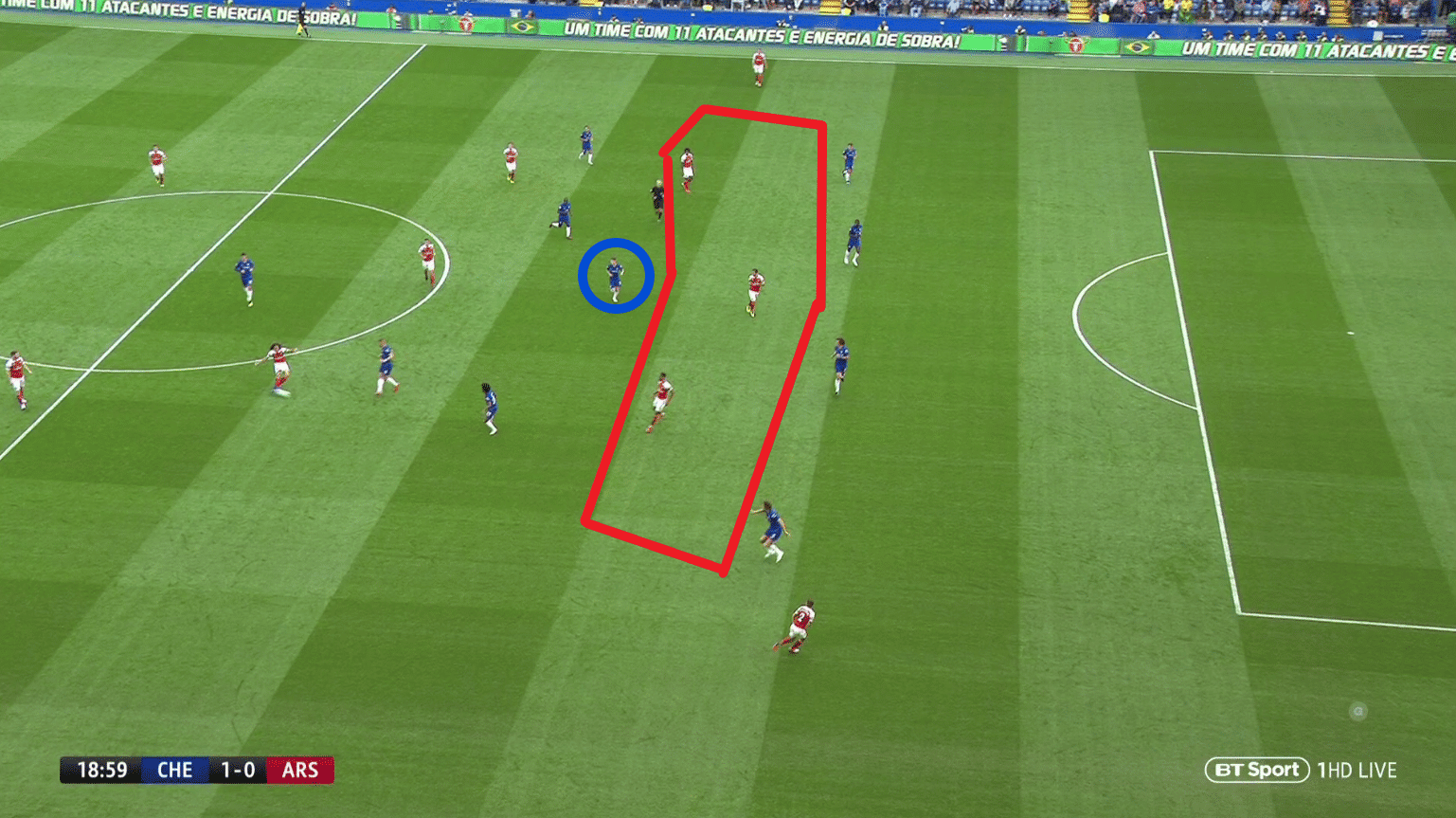 Arsenal, ever the team to play with as many number tens as possible, benefitted from the space between Chelsea’s defensive and midfield lines. In the lead-up to the Aubameyang chance, Jorginho, as the base of the midfield, is the best-placed man to get back and fill the space.

As it turns out, he mostly jogs back as the Gabonese forward sprints, and it’s N’Golo Kanté who’s the closest midfielder to him as he takes his shot.

Away from the lack of tracking back, Chelsea’s defence seemed pre-occupied with the zonal system they were using. As Henrikh Mkhitaryan pulls the ball back for Alex Iwobi (circled) to score Arsenal’s second, Chelsea’s defence seem ‘well’ spaced. César Azpilicueta, at right-back, notices Iwobi’s run, but doesn’t move towards it, instead dropping back towards the edge of the six-yard box. 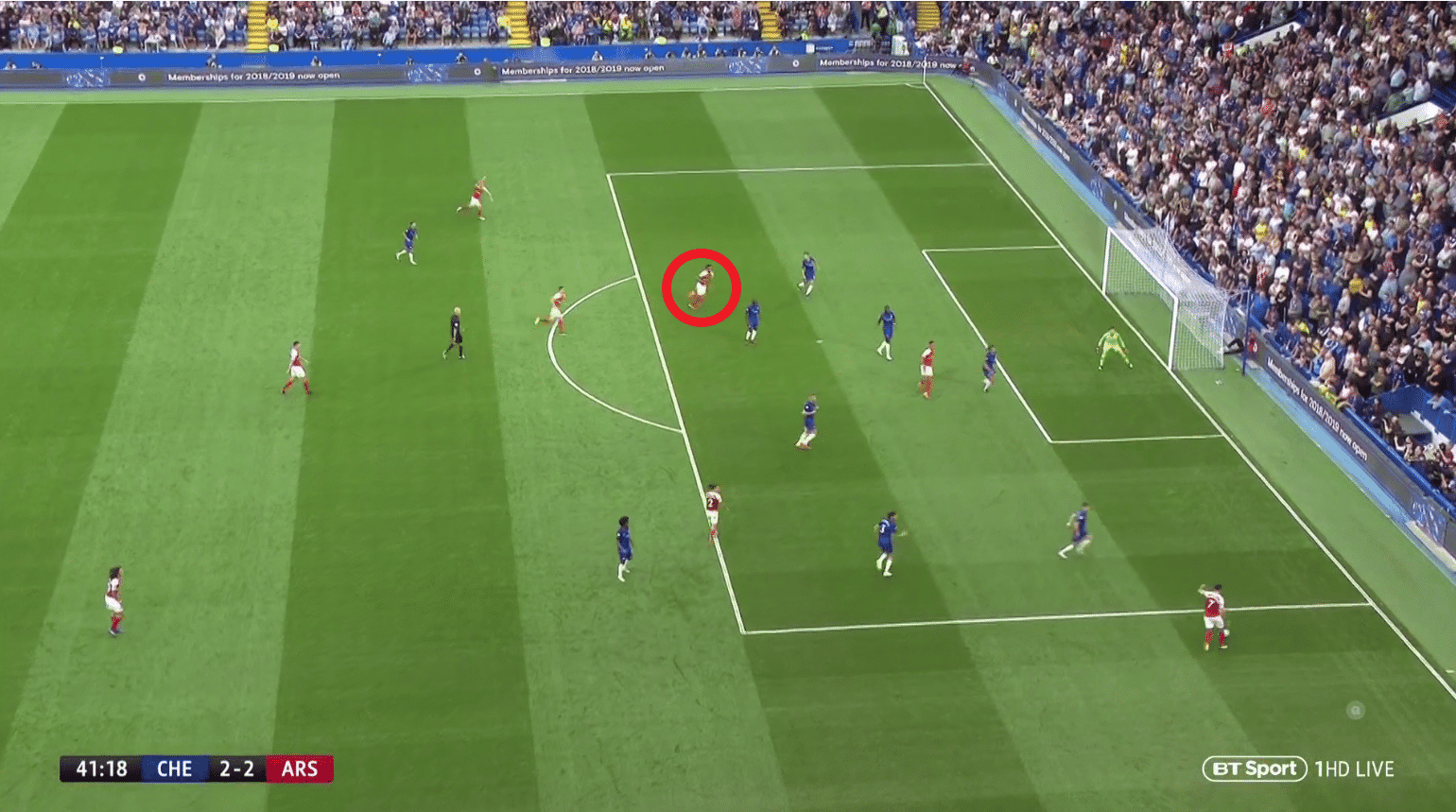 Perhaps he assumed that Kanté, positioned on the penalty spot, would pick up the run, and it is more Kanté’s area that Iwobi is in than Azpilicueta’s. One can’t help but think, though, that a team who had spent more time learning their zonal defence – and therefore felt more comfortable and confident in when to break it – would have dealt with this better. 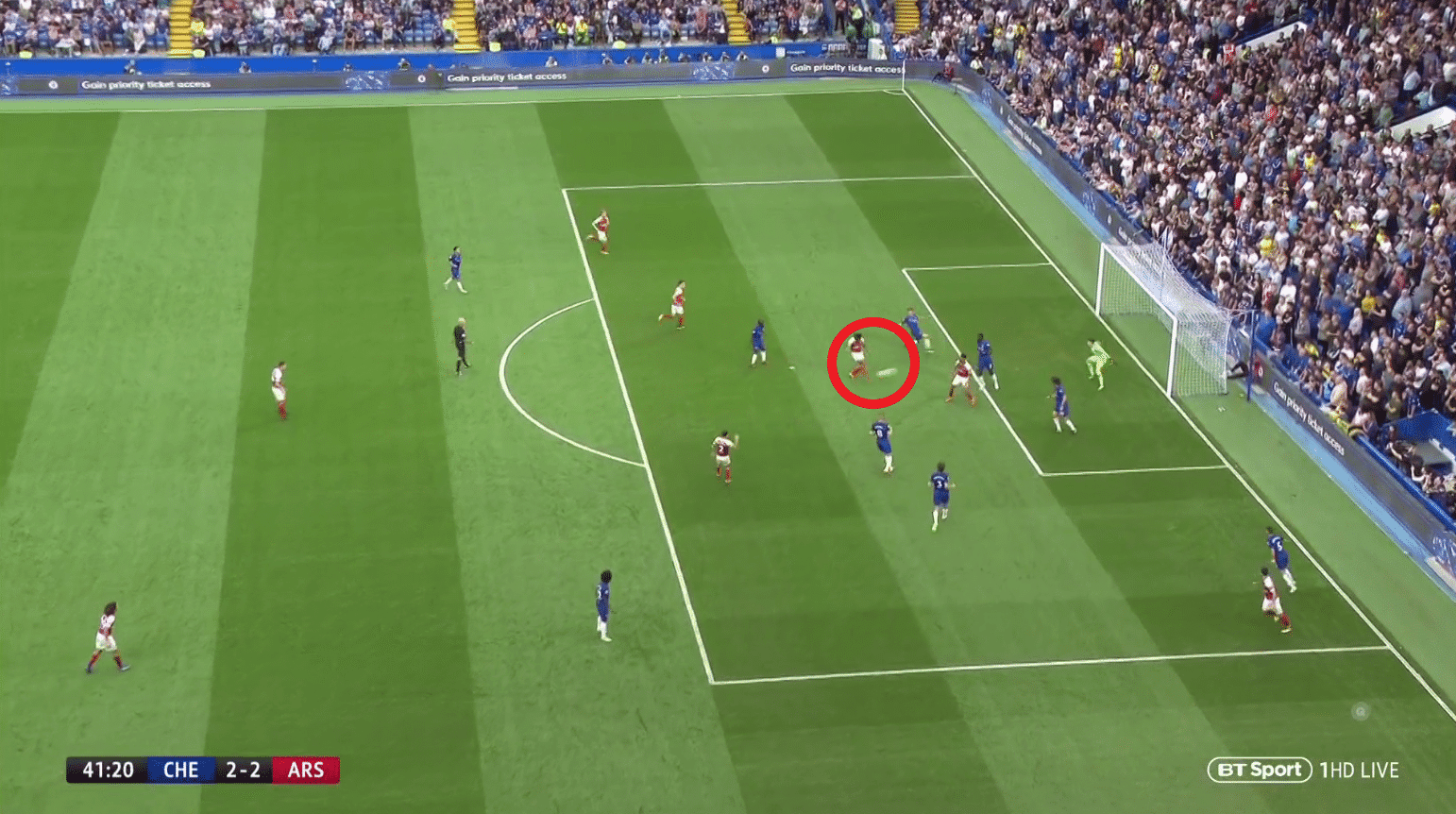 Close but no cigar?

Apart from that, Chelsea have taken to playing like a Sarri team immediately. Their persona radars, which illustrate a team’s style, show how radically the Blues have departed from their previous system (yellow) and how much they are matching how Sarri’s Napoli (green) played.

One of the few areas where they still have work to do, though, is how they win back possession. They’ve already changed a lot from an Antonio Conte side who made over half of their possession regains in their own defensive third, but they still have some way to go to match Napoli’s intensity from last season, particularly in midfield. 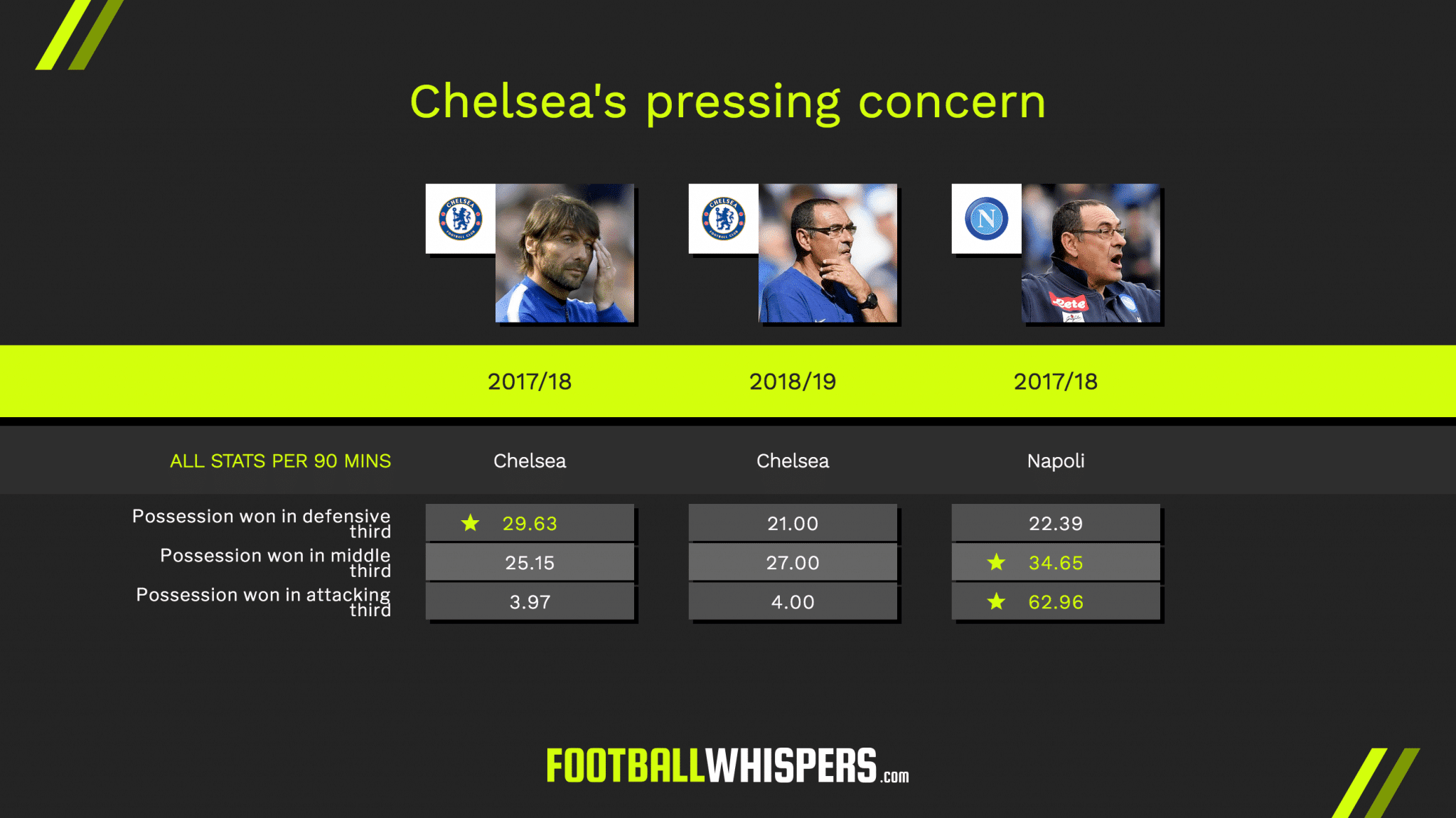 This lower pressing intensity could be something that amplifies the cut-backs problem. Chelsea defend narrowly, leaving the wings as an obvious place to attack, so if they don’t win the ball back quickly, their opposition might be able to have some joy doubling up against Sarri’s full-backs.

When Arsenal’s full-backs came forward, it required a Chelsea player to move out of their position – at times, Antonio Rüdiger on the right and Jorginho on the left. It’s, clearly, better for the Blues to stop these attacks at source than have these players pulled out of position to try and defend them nearer to goal.

“I think we lost the distance between players because in the 15 minutes [before half-time] we were unable to cover the lost ball and to arrive to press at the right time,” Sarri said in his post-match press conference.

“I think we lost completely the distances. We have to work because in 15 minutes we conceded four or five opportunities so we have to work.”

There are still things to work on. That’s the negative. The positive is that this was anticipated, and the team have started so well.

If Chelsea push through the first couple of months, before things have had chance to properly click into place, then maybe Sarri’s claim that “we are not title challengers, not in this moment” could be off the mark.