One of a few matchups between Argentine and Brazilian clubs in the Top 16 phase of Copa Libertadores is the Sao Paulo vs Racing Club game. You can find out more about it if you read our preview of the match.

If you are looking for help to decide on the right bet for Sao Paulo vs Racing Club, you've come to the right place. So, check our top betting tips for this game:

Racing Club to Win with Handicap (+1)

The two teams already played against each other this season in group stages and Racing was the more successful club since they've topped the group in end with three points more. They also were the better team in their direct duels, winning one of the two games, while the other was a draw. Since then Sao Paulo has been in a very poor form in the Brazilian league, so our prediction here is for Racing Club to win or for the game to end in a draw.

Only one goals was scored in the two games between Sao Paulo and Racing Club in the group stages of Copa Libertadores. Furthermore, Sao Paulo averaged 1.83 goals per game in the competition so far, just like Racing Club. With that in mind, we don't see this game going over 2.5 total goals.

As we already said, we've only seen one goal in the two head-to-head matches between Sao Paulo and Racing Club this season in Copa Libertadores. So, we don't expect both teams to score in this game either, especially since that only happened in 17% of Sao Paulo matches in the group stages and 33% of Racing Club games in the same period.

Top odds and stats for Sao Paulo vs Racing Club

If you are looking for the top Sao Paulo vs Racing Club odds, take a look at our list of odds from some of the best UK bookmakers:

Sao Paulo vs Racing Club preview: Another meeting after the group stages

After they played against Racing Club in the group stages of Copa Libertadores, Sao Paulo will play against them once again in the Top 16 phase of the competition. The Brazilian team finished behind the Argentine club, with three points fewer in the group. Since they, Sao Paulo has been in bad form in their domestic league and they've been without a win in the league for a very long time. They've improved a bit lately with a couple of straight wins in the last two rounds, but they are still sitting in the 15th spot in the standings.

The club from Avellaneda did well in the group stages of Copa Libertadores since they've topped their group with four wins and two draws, finishing above their upcoming opponents. Meanwhile, they've ended the Argentine cup with a loss to Colon in the final, securing a spot in the next edition of Copa Libertadores as well. That was the last game that the team played since they are waiting for the start of the Argentine Primera Division, so they've been without competitive football for over a month. 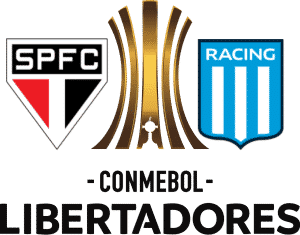