The only downside to great footballers is the gap they leave when they retire.

Andrea Pirlo said goodbye to the beautiful game last year, though his international career ended in 2015. Since then, Italy have struggled in his absence, desperately seeking his replacement.

While Jorginho’s methodical passing skills are helping to fill the void, Sandro Tonali has emerged as the natural long-term successor.

At just 18 years of age, he has established himself as a key player in Italy’s second tier with Brescia. Ironically, that’s exactly how Pirlo’s career took off.

The likenesses don’t end there, which is why many of Europe’s top teams – including Chelsea, Liverpool, Juventus, Inter and Roma – are reportedly monitoring the promising creator’s progress.

What with the global scouting networks and never-ending resources today’s super-clubs enjoy, it’s a wonder how Tonali has stayed under the radar for so long.

However, with the January transfer window open, there is a high chance his talents will no longer be visible only to those hardened calcio fans who follow Serie B.

Who is Sandro Tonali?

Born in Lodi, Tonali spent time with Piacenza before joining Brescia’s youth system. Originally a second striker, he was moved deeper by his academy coaches. Yet, in spite of the Pirlo-esque positional adjustment, he continued to score goals at a remarkable rate, bagging 11 in 24 outings at under-17 level in 2016/17.

Eventually making his senior bow for the club in August 2017 against Avellino, he went on to become a regular member of the first team last season, making 19 appearances. Along the way, he set up and scored two goals apiece, operating predominantly in defensive midfield. 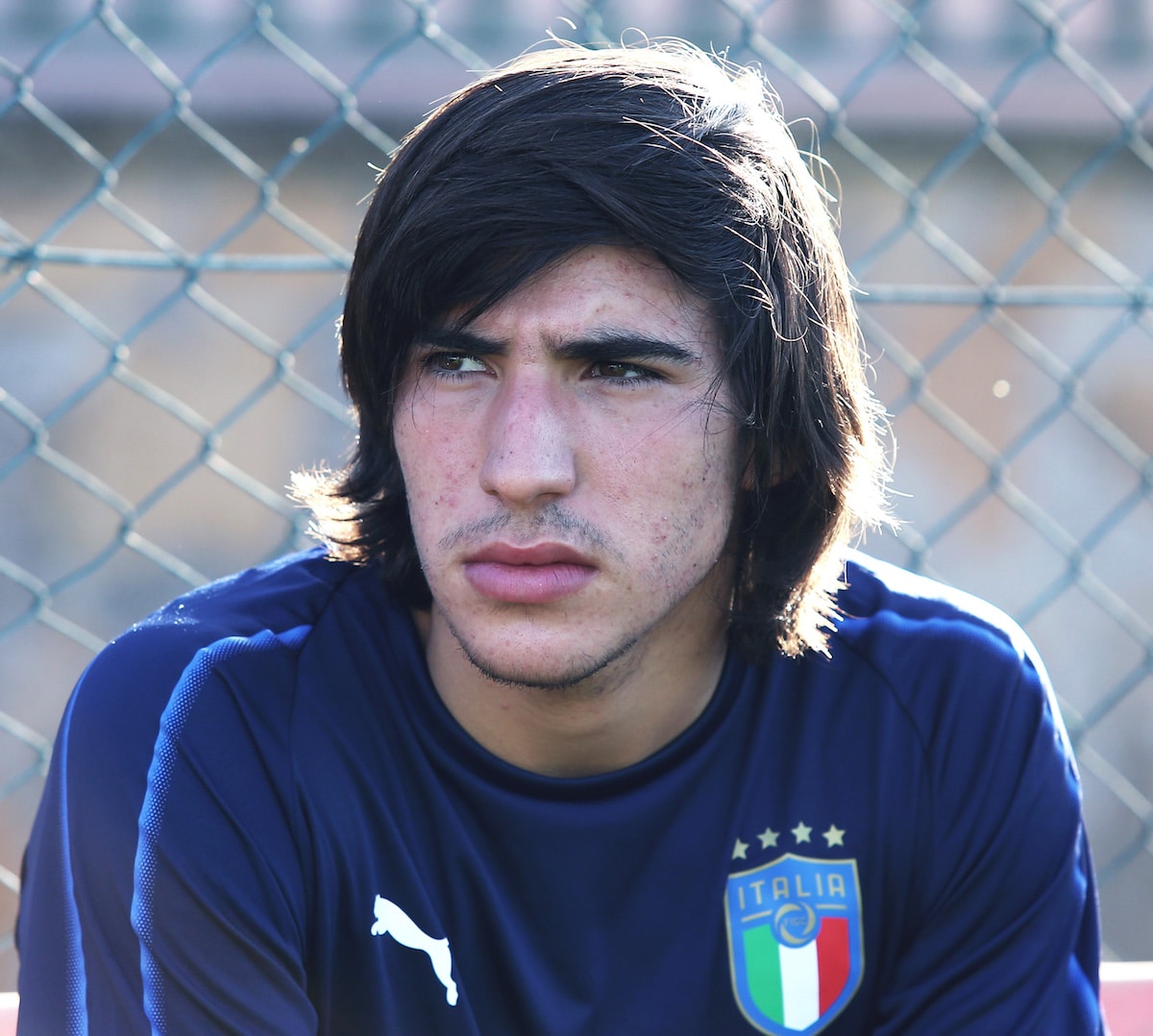 After a breakout campaign at club level, Tonali played a vital role in Italy’s run to the final of the 2018 European Under-19 Championship in Finland.

Having helped his national side, which also featured Moise Kean and Nicolo Zaniolo, beyond the host nation and France, the only defeat ultimately came in the final to Portugal. For his efforts, the midfield prospect was named in the team of the tournament.

The good form has been carried into this season, where he has played in every single one of Brescia’s nine league games, assisting three goals in the process.

And, in further good news, his development has been aided by the club’s managerial appointment of Eugenio Corini, himself a gifted playmaker in his playing days.

As well as the Brescia link and the career-changing alteration of position, Tonali reminds many of Pirlo for his physical resemblance. As well as his long, black hair, he is a slow mover with a calm exterior who rarely looks troubled even when under direct pressure.

But beyond these rather trivial similarities, he also has similar tactical and technical qualities to the former Milan and Juventus legend, the most obvious of which is the range and accuracy of his passing.

As a creative No.6, he is able to identify and find teammates in almost any area of the pitch with impressive vision and consistent execution. This ability translates well to set pieces, where he can be found curling right-footed crosses into the penalty box from corner and free kick situations.

Tonali isn’t just a showman, however. While he can perform the spectacular stuff, he is also a noticeably intelligent player for his age.

Not only does he roam to find space, but he is comfortable receiving with his back to goal and combining with centre-backs to enhance build-up. On top of that, he is able to provoke and resist pressure, utilising immaculate control to hold off defenders.

It could be argued that Tonali’s specificity is a weakness. Brescia’s possession game is essentially built around him being allowed to pull the strings from the base of midfield, which partly explains his appearance in Serie B’s top 25 players for long passes per 90 minutes. Not all sides, particularly at the highest level, could afford to deploy him in such a role.

His lack of real pace and physicality may also be a concern should opponents target him through man marking or attentive pressing, though this could also free up teammates. Pirlo suffered from similar targeting during his career but it didn’t stop his ascendancy to the highest echelons of the Italian game.

Perhaps the most important aspect for Tonali to work on is his decision-making. The 7.94 long balls per 90 he attempts is a numerical indication of something visible to the naked eye when watching him – sometimes he tries too hard to force the line-breaking or game-changing pass.

To prevent unnecessary giveaways in a sport increasingly dominated by decisive transitions, he may need to keep it simple more often.

After one-and-a-half seasons building a portfolio of wonderful passes in Serie B, January 2019 may be the time for Tonali to make the step up.

Brescia have been out of Italy’s top flight for many years and have shown a willingness to sell their best talent in recent times, so long as the right deal is in place.

The youngster’s agent, Roberto La Florio, spoke fairly openly about his client’s prospects in an interview with Calciomercato. “I expect and hope to see him in Serie A, I think youngsters should be sold at the right time because you never know what will happen in football,” he said.

“I’m convinced that even at a top club he could adapt in a few months, but you need to find the right moment… I’d say it’d take €15-17m, maybe up to €20m to budge (Brescia president Massimo) Cellino.”

There is no rush for a transfer to take place considering Tonali is under contract to Brescia until 2021. But if Europe’s best do come in for him with a serious offer, it would be hard for them to turn it down. And, if and when such a move transpires, expect the Pirlo comparisons to ramp up.