In this 2. Bundesliga battle, Fortuna Dusseldorf makes the trip to the Hardtwaldstadion to take on the challenge of Sandhausen. Both sides had markedly different 2020/21 campaigns, and it remains to be seen it that gap has been bridged.

The Flingeraner's finished last campaign in fifth place and will look to make another assault at the promotion to the Bundesliga. SV Sandhausen also has the explicit task of making inroads on the points table after finishing in 15th place. Given their respective preseason outings, it is the visitors who have shown the inkling to realize their targets. Dusseldorf also has the upper hand in H2H meetings, winning three of their last four encounters.

Both Sandhausen and Fortuna Dusseldorf showed a preference for goals in their preparations for the 2021/22 campaign. Only two clean sheets were witnessed in their preseason engagements, something that should not be on show as they begin the campaign in earnest. Their defensive makeup still requires finishing touches and this should allow the forwards to have plenty of chances in the final third.

The H2H duels between Sandhausen and Fortuna Dusseldorf have been low scoring affairs. Only two of their last five meetings have finished in an Over 2.5 goals scoreline. However, we expect this to come to fruition on Sunday as they come together. All four of Dusseldorf's preseason fixtures have plenty of goal-mouth action, a trend that was also seen in two of Sandhausen's four club friendlies.

Sandhausen vs Fortuna Dusseldorf: Check out the best odds and the latest stats

The combined duo of Stefan Kulovits and Gerhard Kleppinger has the explicit task of ensuring Sandhausen avoid the drop to the 3. Bundesliga. They managed to survive last time around and the bare minimum is expected as they enter the new campaign without improvements to the dressing room. The addition of Nikos Zografakis and Christian Kinsombi is a welcome boost but both youngsters lack experience at this level.

The Flingeraner came close to fight for promotion but eventually came up empty-handed. It was Holstein Kiel who fought in the promotion play-off but were undone in a collapse at home after winning the away leg. It will not be easy as Christian Preußer is in his first managerial role following his move from SC Freiburg. However, he will be pleased to have a stacked squad with experienced players and youthful innocence. All eyes will be on the development of Lex-Tyger Lobinger, the homegrown star who has impressed at the lower levels.

Questions About Sandhausen vs Fortuna Dusseldorf 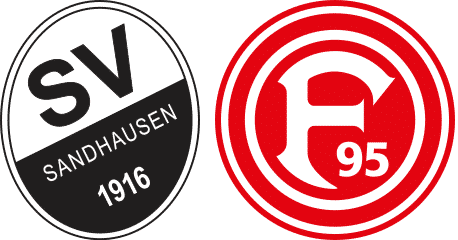 Where is the game being played? Hardtwaldstadion (Sandhausen).

Which team is the favourite to win? Fortuna Dusseldorf.