Sandefjord might argue that they sit in a false position as things stand as Sunday's hosts have played between one and three games fewer than the majority of the teams sitting above them in the Eliteserien table and had they played those games already, could be sat comfortably in the top half of the table. Seventh-placed Aalesund provide the opposition this weekend in what should be a close and competitive 90-minutes.

We've backed Sunday's game to end in a draw as there isn't a lot between these two teams in their recent head-to-head record or their last few weeks of results in league and cup. Aalesund sit 6pts clear of Sandefjord in the table but have played two games more, so in theory, the two teams could easily be on level points had they played the same amount of matches this season. The hosts have only lost one of their last six matches in all competitions, while Aalesund have only managed to win two of their last six fixtures.

With five of the last six encounters between Sandefjord and Aalesund producing under 2.5 goals, you can see just why we're expecting another low-scoring 90-minutes on Sunday. Four of Aalesund's last six competitive and non-competitive matches have also featured fewer than three goals, adding further weight to our second prediction for this weekend's clash in the Eliteserien.

Sandefjord played out a 7-goal thriller away at Sarpsborg last weekend but sadly for the visitors, they came out on the wrong end of a 4-3 scoreline. Sandefjord managed to come back from a two-goal deficit thanks to goals from Tveter and Vega but then slipped a further two goals behind with 20-minutes left on the clock. Ofkir scored to make it 4-3 but Sandefjord failed to carve out another equaliser and lost the game.

Aalesund and Stromsgodset played out a tight and tense 90-minutes at the Color Line Stadion where the first 45-minutes ended goalless. Just 7-minutes after the restart Haugen fired Aalesund in front after good work from Nenass and the hosts held firm to secure all 3pts.

Sandefjord: Sander Risan Mørk has a broken foot that should keep him out of action until September.

Aalesund: the visitors have a clean bill of health and no suspended players ahead of their trip to Sandefjord.

Your Questions for Sandefjord vs Aalesund 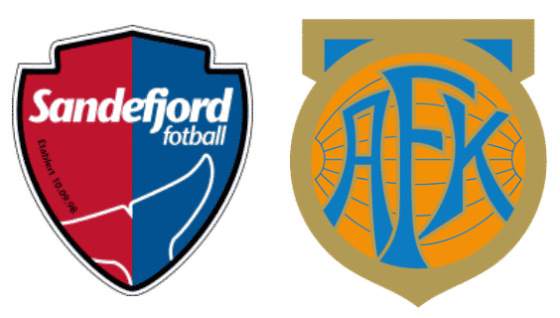