Malta to win to nil

Malta are yet to kick off their Nations League campaign; can they get started with a win here? Find out with our San Marino vs Malta match preview with free tips, predictions and odds mentioned along the way.

Malta to win it without conceding

Backing Malta to win the game outright is the easiest prediction we could make but the odds aren't attractive and you'd have to risk a fair old whack to make it worthwhile. Instead, we are going to bet on Malta to win to nil. Of course, more often that not these nations lose given the way their fixtures fall but Malta have won two of their last three games – both victories have seen them keep a clean sheet. San Marino meanwhile have lost four of their last five without scoring!

We've already made on prediction that focussed on San Marino not scoring; now we strip that back a layer as we back at least one side – any side – not to score. San Marino have failed to find the net right of their last 10 games. Malta meanwhile have blanked in five of their past 10 but have also kept three clean sheets in different games – that means they've also seen eight of their past 10 games end with someone failing to score.

A clash of minnows

These teams are used to getting a stuffing when they take to the grass. That won't be the case here with the Nations League giving all sides at least a fighters chance. Will either have enough quality to win the game – or should we ask will someone make a mistake to lose the match?

San Marino suffered defeat in their opening Nations League game but they did at least muster a few shots on goal, which is a rarity. They'll be hoping they can go one better than that here and get a result.

Malta have earned a couple of wins in recent outings and a match against San Marino is another good chance to bag a win. Despite being on a more even keel, Malta will expect to dominate the ball. Whether they can break San Marino down or not is another matter.

A quickfire FAQ on San Marino vs Malta 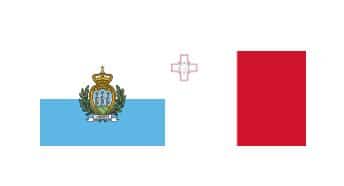