England would be determined to confirm their direct advancement to the World Cup 2022 in their next fixture against San Marino. The visitors have already been eliminated after having a long run of defeats on the group stage.

Here are our predictions for San Marino vs England.

England are unbeaten in the last six games and have managed four wins and two draws in that course. While on the other end, San Marino has lost the momentum totally and haven’t been able to get a win for many years. They have lost all their recent matches. The Three Lions also have a clear cut against their upcoming rivals back in the H2H matches and have won all duels. Given all these reasons, it would be easy for us to pick the visiting side as our favourite for the victory of this match.

Second Half Total Goals – Over 2.5

San Marino’s front line has failed badly in the group stage matches and has scored only one goal in the last five matches. But England stands opposite to their rivals in this regard and have been rich in terms of goals. They have hit the back of the net 16 times in the last five matches. England also has more than five goals in every single game against San Marino. With all that said, La Serenissima may find it difficult but the visitors would be able to collect a high-scoring total in this match.

La Serenissima were unable to score in their last four matches and didn’t score against England in the last five meetings as well. So it would be difficult to see the visiting side of this match on the scoreboard. On the other hand, England has shown great consistency by scoring in every match recently along with three clean sheets and are expected to do the same in their next match.

San Marino vs England: Check out the best odds and the latest stats

The Three Lions put their one step ahead For the World Cup 2022 with the last match win against Albania. They have booked the spot for the next round of Qualifiers at least but can have direct qualification for the World Cup with one more win. England are the first in their group with seven wins out of the nine games in the group stage. They didn’t lose a single game in this campaign.

La Serenissima are probably the worst team of the WC Qualifiers. The team will play their last match in the qualifying round as they have been eliminated from the race of World Cup 2022. They lost the last match of the group stage against Hungary with 4-0. San Marino has lost their all attempts at WC Qualifiers.

Questions About San Marino vs England 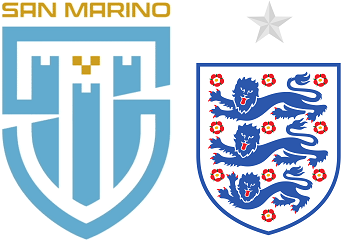 Who are the players to watch out for? Nicola Nanni (San Marino) and Harry Kane (England).