The San Agustin vs Osasuna duel in the first round of Copa del Rey will probably not be a close one, but we have prepared a preview of this match nonetheless, along with some free betting tips.

If you need some help to decide on the right bet for the San Agustin vs Osasuna duel, check our top betting picks for this game:

Osasuna to Win with Handicap (-3)

Since San Agustin is a team that competes in the sixth rank of Spanish football, it's clear that their chances of getting past Osasuna are practically non-existent.

So, the only question remains by how many goals will Osasuna beat them and that's always hard to predict, especially since the guests are likely to field a reserve team. Still, we can see this match ending with Osasuna winning by at least four goals.

We've said already that we expect Osasuna to win this match comfortably, by four goals or more, so it's we also expect to see a lot of goals in this game.

Our prediction is for this game to end with at least five goals being scored, but if you want better odds, you can also try a higher line for total goals for this match.

It's difficult to find a market with high odds when one team is the absolute favourite like Osasuna in this game, so you may want to check out correct score if you wish to bet on higher odds.

Of course, guessing the correct score is more luck than anything else, but since we expect a convincing win for Osasuna, our guess for this market would be for Osasuna to win the game five to nil.

The top stats, odds, and more for San Agustin vs Osasuna

If you want to place a bet on the highest odds for San Agustin vs Osasuna, check our selection of odds from the best betting sites:

San Agustin vs Osasuna preview: Can the home team put up a fight here?

Other than the fact that they are competing in the sixth rank of Spanish football, we don't really know anything else about the team from a small town of San Agustín del Guadalix. It's clear that playing in the first round is already a success for them since they had to eliminate another club just to reach this stage, which they did by beating Mora 6-2.

Although Osasuna is on a bad run at the moment with three draws and three losses in their last six matches in La Liga, the team is still doing well overall since they are sitting in the tenth spot in the standings as of now. Of course, their current form doesn't mean much for their Copa del Rey duel with San Agustin since Osasuna should have an easy job in that match.

The most common questions for San Agustin vs Osasuna 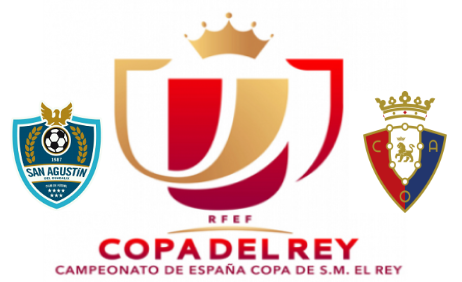