Sampdoria have an excellent recent record against Udinese in Serie A and if the hosts can win on Sunday then they would move on to 8pts for the campaign and leapfrog their guests.

Here are our predictions for Sampdoria vs Udinese

Sampdoria have won each of their last five league games, home and away, against Udinese. Samp's winning run against Udinese started back in January 2019 and means they have secured the domestic double against this particular opponent in each of the last two seasons. Sampdoria might not have won at home this season but they have only played against AC Milan, Inter Milan and Napoli at the Stadio Comunale Luigi Ferraris so far. Udinese lost their last away game against Roma and we believe another defeat is coming this weekend.

Under 2.5 goals were scored when these two sides last met back in May, where Sampdoria ran out 1-0 winners, and three of Udinese's last four outings have also featured fewer than three goals. We're expecting another tight and tense 90-minutes between Sampdoria and Udinese this weekend and we feel confident that under 2.5 goals will be scored.

Fabio Quagliarella is now 38-years-old and has started every single league game for Sampdoria this season. While the veteran striker is yet to score this season, he did net 13-times in the previous campaign and we're backing the former Udinese man to get up and running with a goal on Sunday.

Everything you need to know about Sampdoria vs Udinese

Sampdoria have won the last five meetings between these two clubs

Sampdoria gave a good account of themselves last time out against Juventus but ended up on the wrong end of a 3-2 scoreline. Juventus went 2-0 up in this game but Sampdoria pulled a goal back just before the interval through Yoshida. In the second half, Juve moved 3-1 in front just shy of the hour mark but Sampdoria setup a nervy final 7-minutes when Candreva made it 3-2. Sunday's hosts need to put that result behind them and get back to winning ways following successive defeats and there is no better team for Samp to play than Udinese, a team they have beaten on each of the last five occasions.

Udinese made it three defeats on the run without scoring a single goal as they went down 1-0 at Fiorentina last weekend. The season started really well for Udinese but their results have slipped of late and another poor performance on Sunday could see them slip down another three or four positions. Udinese haven't enjoyed their recent encounters with Sampdoria but have to take the game to their hosts as Samp are yet to win in their own backyard and an early goal could knock their confidence.

Sampdoria vs Udinese – Your Questions 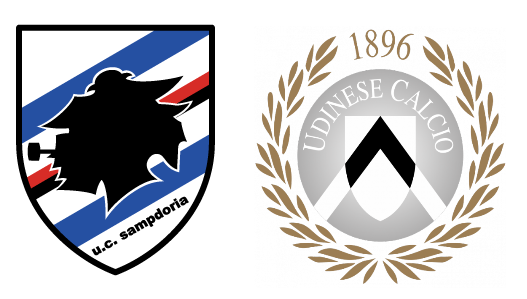