Salernitana's short time back in Serie A appears to be coming to an end but while they can still mathematically stay up, there is always hope. Sampdoria have the home advantage this weekend and the hosts will be desperate to secure all 3pts themselves as they look to distance themselves from the ongoing relegation battle.

We're not expecting many goals in this game and have plenty of reason to expect at least one of these teams to fail to score on Saturday. Both teams have scored in just one of the last seven meetings between these two clubs in all competitions, while only two of Sampdoria's and two of Salernitana's last five league games have produced goals at both ends of the pitch.

Fewer than three goals have been scored in six of the last seven meetings between these two clubs, and we're predicting another low-scoring affair this weekend. Each of Sampdoria's last three fixtures have produced under 2.5 goals while three of Salernitana's last six league games have seen fewer than three goals scored, adding further weight to our prediction for Saturday's clash.

All you need to know ahead of Sampdoria vs Salernitana

Sampdoria made the trip to Bologna last weekend where they were undone by a second-half brace from a former Stoke City striker. The first half ended goalless but Arnautovic fired Bologna in front just after the hour mark and made sure of the points with a second goal in the 76th-minute. Sampdoria sit 16th in the Serie A table with 29pts to their name, meaning they still have a 7pt lead over Venezia and Genoa who currently sit in the relegation zone.

Salernitana gave a good account of themselves away at Roma, taking the lead in the 22nd-minute through Radovanovic. That goal looked like it might be enough to win the game as time ticked away. However, in the 81st-minute Perez equalised for Roma and 4-minutes later Smalling netted to hand Roma all 3pts. Salernitana remain bottom of the table with 16pts and are 9pts from safety with just eight league games left to play this season.

Sampdoria: Ekdal, Giovinco, Conti and Gabbiadini are the main injury concerns for the home side.

Salernitana: Ruggeri, Perotti, Coulibaly and Mousset all look set to miss out this weekend due to injury. 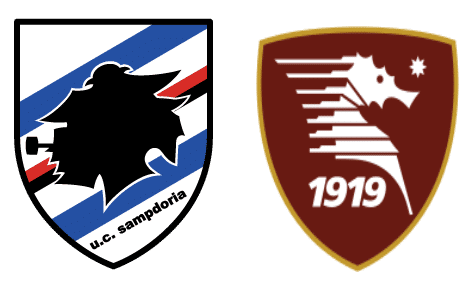