Napoli top the Serie A table heading into their midweek trip to Sampdoria but will still be expecting a tough 90-minutes of football. Sampdoria have made an average start to the new season and haven't enjoyed playing against Napoli in recent years, so the hosts are the underdogs for this game.

Here are our predictions for Sampdoria vs Napoli

Napoli have won each of their last five encounters with Sampdoria and we're backing the league leaders to secure another 3pts on Thursday evening. The visitors are the only Serie A side left with a 100% record after four games after they thrashed Udinese 4-0 last time out, while Sampdoria are yet to win in their own backyard following a defeat to AC Milan and a draw with Inter Milan.

We're predicting that Thursday's clash will produce goals at both ends of the pitch as it has done in two of the last three meetings between Sampdoria and Napoli. Both teams have found the back of the net in three of Sampdoria's and four of Napoli's last six outings in all competitions, so you can see why we're backing BTTS in this game.

Everything you need to know about Sampdoria vs Napoli

Sampdoria cruised to 3pts away at Emploi last time out, leading 1-0 at the interval thanks to a goal from Caputo. Caputo scored again shortly after the restart and a strike from Candreva in the 70th-minute wrapped up an excellent 3-0 win for Sampdoria.

Napoli outdid Sampdoria by hammering Udinese 4-0 and moving to the top of the Serie A table in the process. Nigerian striker Osimhen put the visitors in front in the 24th-minute and defender Rrahmani made it 2-0 10-minutes before the break. Koulibaly scored for the second game running early in the second forty-five and 6-minutes from time, Lozano scored the fourth and final goal of the game.

Sampdoria: the hosts look set to be without the injured duo of Morten Thorsby and Manolo Gabbiadini for their midweek clash with Napoli.

Napoli: Stanislav Lobotka and Diego Demme will both miss the trip to Sampdoria on Thursday night due to injury. 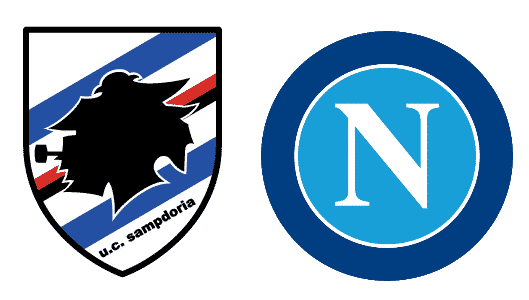