Signing World Cup winners is fairly commonplace among Europe’s elite clubs, but it’s not every day that teams outside of the game’s global giants are linked with those who have achieved greatness on the biggest stage of all.

With that in mind, Wolverhampton Wanderers’ supporters may well have been pleased to see their club linked with a move for Juventus midfielder Sami Khedira, who has won an array of trophies and spent the last decade at two of the continents’ biggest clubs.

But would signing the former Real Madrid man be an indication that Wolves have arrived in the big time ahead of their maiden Europa League campaign, or are there question marks over the 32-year-old Khedira as he enters the twilight of his career?

One thing Nuno Espírito Santo’s side need bodies in midfield as they get ready to compete on two fronts this season. The Midlands club have turned into a permanent transfer this summer, but will undoubtedly require new additions.

Wolves’ threadbare squad needs strengthening with a fortnight to go until the transfer deadline, and their lack of options in the centre of the park is perhaps the most glaring issue to address.

Santo’s starting trio of Dendoncker, João Moutinho and Rúben Neves are among the Premier League’s best, but there is a distinct lack of depth – bar Morgan Gibbs-White – beyond that and little competition for places as a result.

A player of Khedira’s calibre is unlikely to want to warm the bench, so needs to be better than their current options in order to get value out of the high wages that he will surely command.

But there are significant doubts about whether the German international is an upgrade on what Wolves already have in their squad, raising the question of whether his best days are behind him. 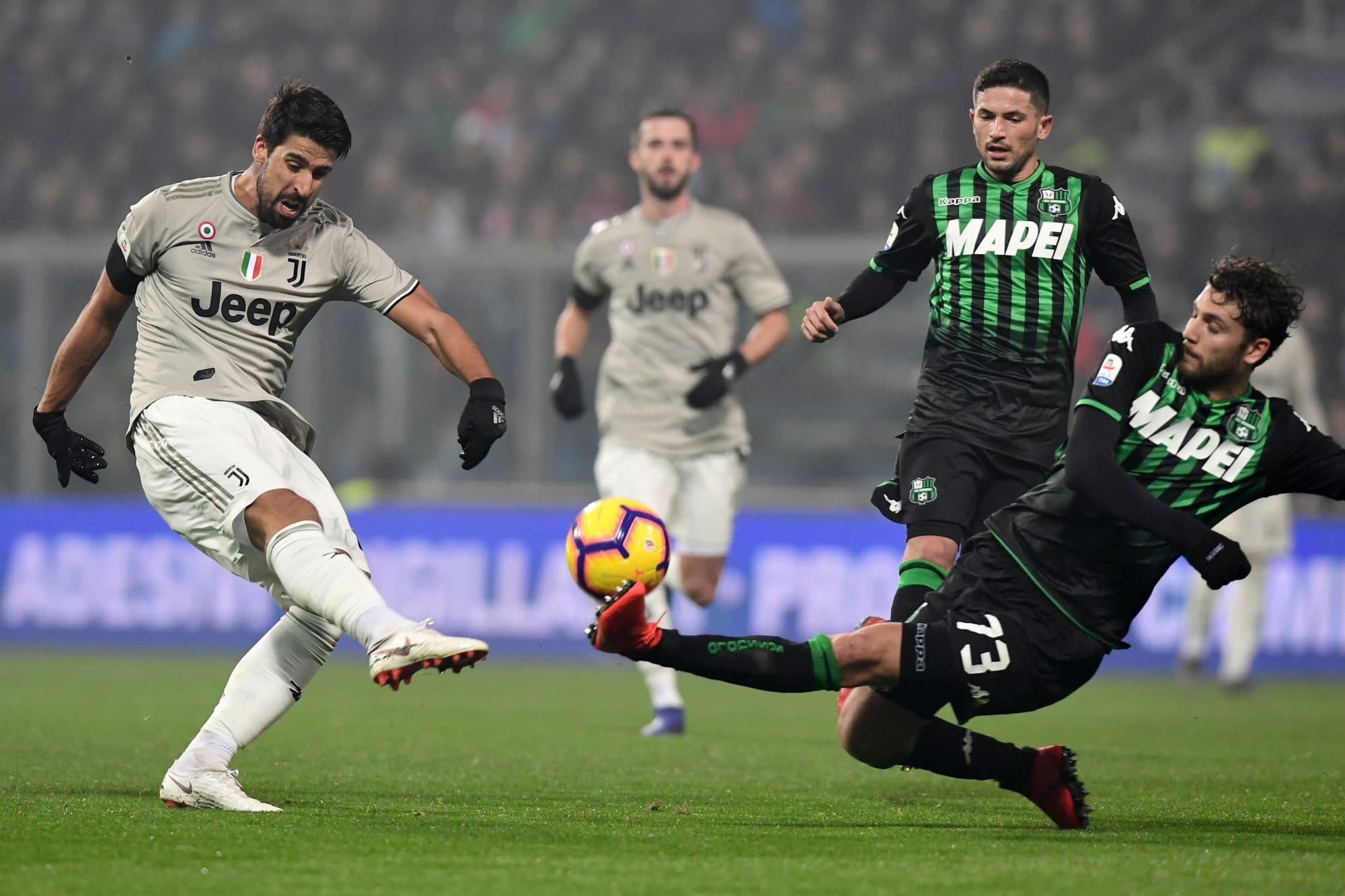 Perhaps the biggest issue is one that has plagued Khedira throughout his career. The four-time Serie A winner has always struggled with fitness and only played over 30 league matches in a solitary season – managing 31 appearances for Juventus in 2016/17.

Worryingly his minutes were particularly limited during the 2018/19 campaign, playing a part in only ten league matches and 17 games in all competitions. Regardless of whether that absence was largely down to form or fitness, it is surely a cause for concern for Wolves as they weigh up the merits of bringing the 77-cap international to England.

Khedira’s lack of game time last season makes it harder to assess his contribution to Juventus’ latest Scudetto, but we can gain a better understanding of the kind of player Wolves would be signing by looking at his average statistics per 90 minutes over the past two campaigns (where he made a total of 36 appearances). 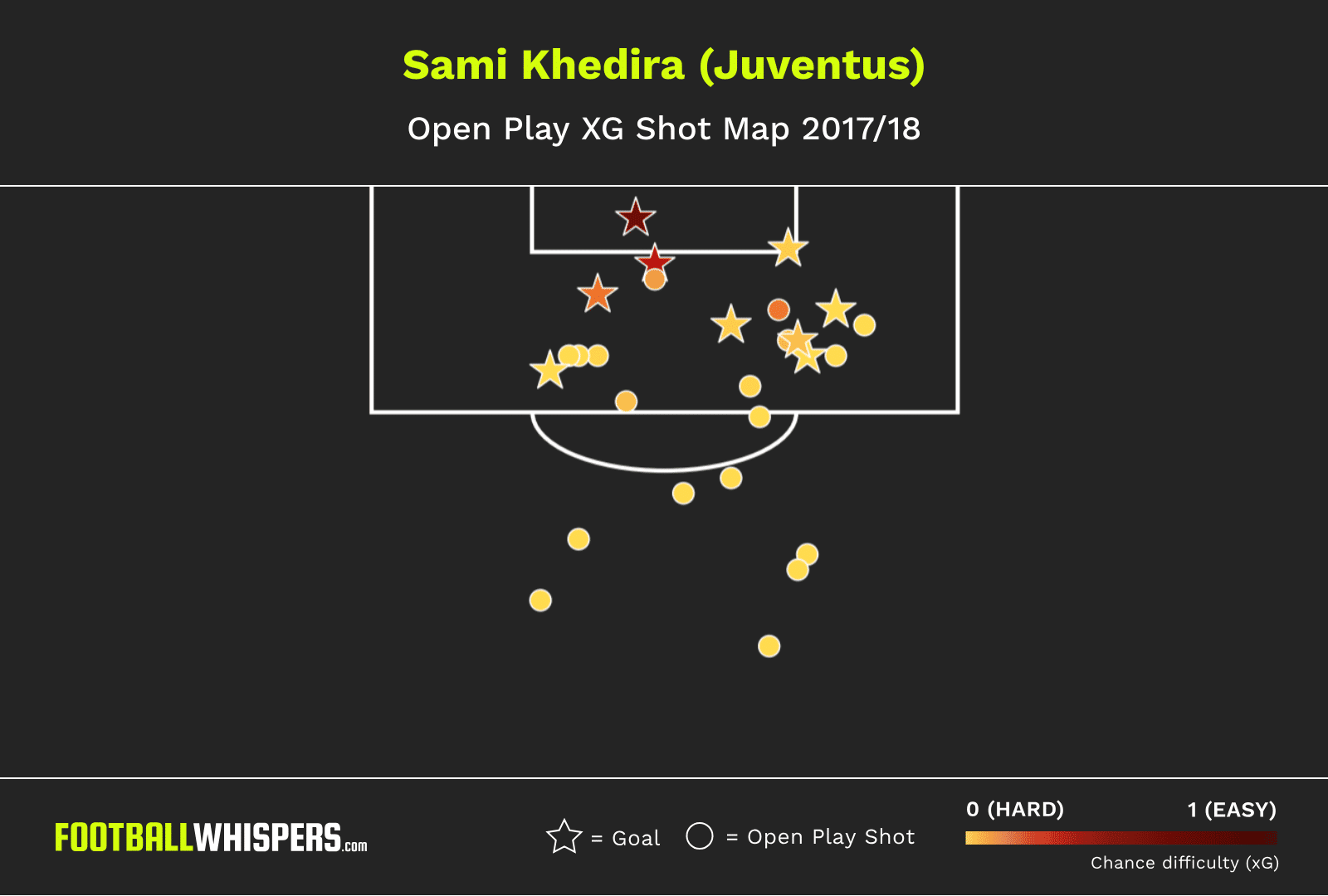 The first thing that becomes apparent is the Khedira of recent years is still an attacking threat, but is perhaps not the all-round player that he was in his prime.

He topped the rankings for big chances scored per 90 (0.23) and goals from inside the box per 90 (0.41) when compared with his fellow midfielders, but they were two of the few metrics where the former VfB Stuttgart man impressed.

In fact, Khedira was outside the top 50 players in his position for everything from pass completion per 90 (38.63) to touches per 90 (55.01) and tackles completed per 90 (0.71). In essence, the 2014 World Cup winner still has a knack for scoring goals (especially from close range) but has significantly declined in most other areas.

It is worth noting he could still offer a different dimension to Wolves’ attacking play compared with their three current starting midfielders, and did outperform Dendoncker, Moutinho and Neves when it came to shots on target per 90, big chances created per 90, and touches in the opposition box per 90 last season.

But this must be weighed up against Khedira’s small sample size of ten league appearances in 2018/19, and that he was playing for a much better team than Wolves when pulling on the black and white shirt of Juventus.

Ultimately, Khedira’s potency in the final third doesn’t make up for the issues with his all-round game in recent years. He has enjoyed a glittering career that has seen him win six top-flight titles, five domestic cups, a World Cup and the Champions League, but Wolves wouldn’t be signing the versatile and multi-faceted player that we have enjoyed watching over the last 13 seasons.

The men from Molineux need affordable squad depth or midfielders who will improve their starting line-up. Khedira isn’t the right player for either of those roles and Santo should look elsewhere for reinforcements this summer.