We're just a month into the new Premier League season and we've already seen one managerial casualty and several others with real fears of following suit.

Frank de Boer‘s departure from Crystal Palace didn't come as a great surprise, given the lack of time in the modern game a new manager is afforded to implement his own style and philosophies on his new team.

At St. Mary's on Saturday, Southampton‘s performance at home to Watford was greeted with choruses of boos and jeers from the local faithful, with Mauricio Pellegrino's introduction into Premier League management proving far less than plain sailing.

Expectations are high on the south coast, so much so that even a League Cup final and a solid eighth-place finish last season couldn't keep Frenchman Claude Puel in a job.

Pellegrino has been tasked with bringing a far greater attacking flavour to Southampton. One that has been inherently missing for the last few years.

But with just four games gone, the Saints have hit the back of the net just three times – and they all came in one afternoon against lowly West Ham United.

Three games, no goals. Pellegrino is beginning to feel the wrath of supporters for failing to address areas that cost Puel his job last season.

The acquisition of Italy international Manolo Gabbiadini in January briefly halted the Saints' lack of firepower and, at the time, provided Puel with much-needed respite.

However, Gabbiadini is struggling to live up to early optimism and has registered just one goal in his last 12 Premier League appearances stretching back to the last campaign.

But as Saints fans would acknowledge, it's the lack of chances created that is of real concern.

Gabbiadini was forced to live off scraps during Saturday's horrific home display to Watford and should not bear the brunt of Southampton's lack of creativity in the middle of the park.

Charlie Austin and Shane Long were thrown on in desperation as the second half continued in similar fashion, with the home support beginning to question the progression of their club.

Sacking Puel was a controversial decision no doubt. From a Southampton perspective, they needed to eradicate the issues that were so blindingly obvious throughout last season to justify their judgement.

And it appears that is exactly what has not happened.

In a summer transfer window dictated by Virgil van Dijk‘s desire to leave the club, Saints failed to add the creative influence they had been so desperate for.

Mario Lemina will add a bit of bite in the middle of the park, but is not renowned for his defence-splitting passes or his accumulation of goals from midfield.

The Saints have most certainly missed a trick and may well live to regret their lack of due care and attention in the summer window, as this season threatens to transpire similarly to the last.

Pellegrino remained bullish after the home defeat to Watford and insisted the lack of goals is not purely down to his strikers.

“We have to remain positive. Scoring goals is not just down to the strikers,” he stated.

“It's not just about the offensive players either. The last two Premier League games we played at home I think we created a lot of chances.

“We haven't scored enough. Against Huddersfield we had clear chances to try and score. This was the most disappointing result because we never came close to winning the game.”

Pellegrino's displeasure is shared by supporters who are beginning to fear that without a committed van Dijk, goals may yet leak in more frequently at the other end of the pitch too.

While there is enough quality within the Southampton ranks to shake off any real fears of battling relegation, a side that has such a poor record in front of goal will always encounter problems. 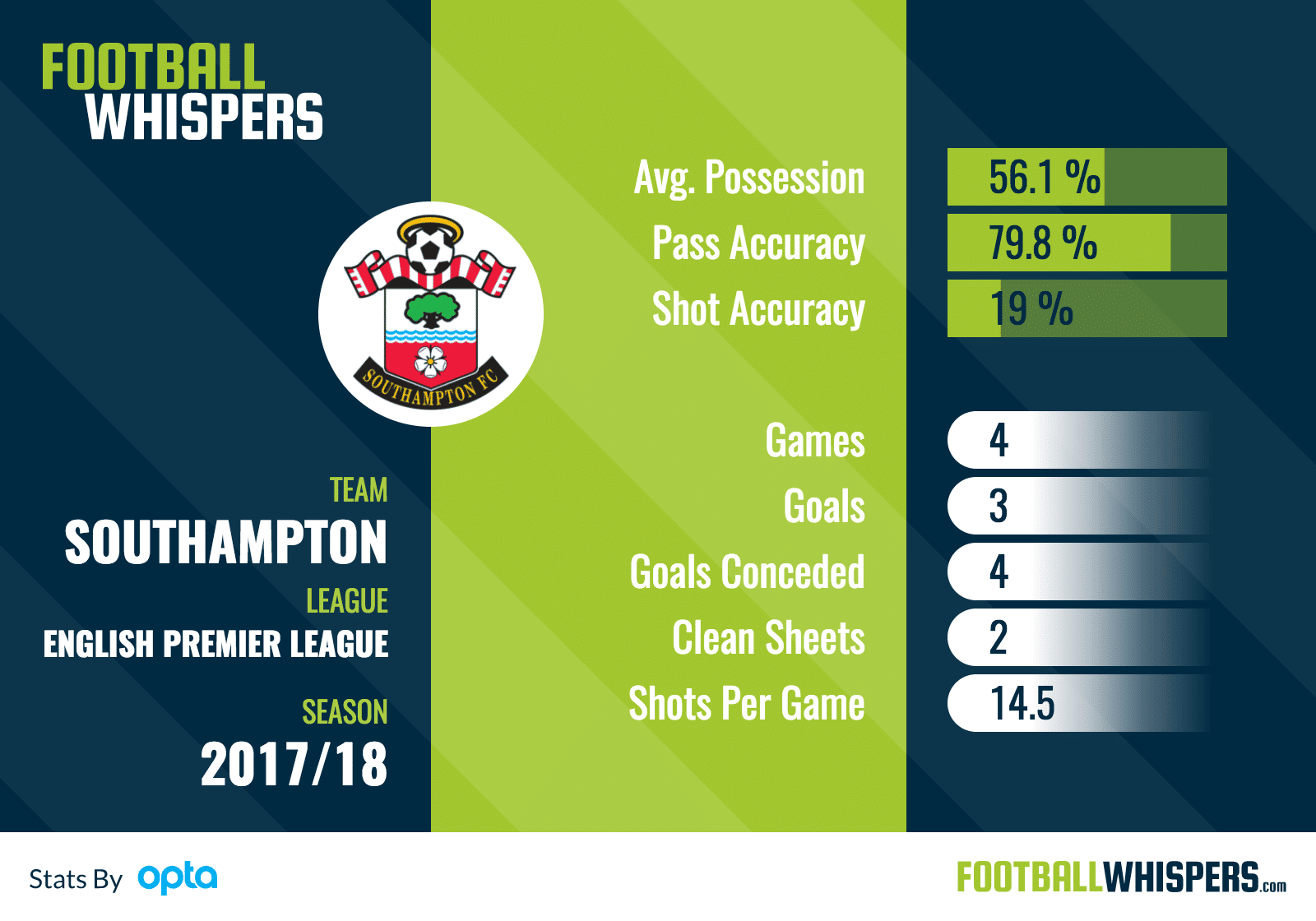 “We have to keep going,” Pellegrino added.

“I am here because the team was in trouble last season, if everything was perfect maybe there would be another manager sitting here.

“This is part of football sometimes you can consider other options to create solutions but in other games we've created chances.”

With Southampton notorious for demanding immediate change, Pellegrino will not be afforded the time he may feel he deserves to stamp his authority on his side.

One defeat in four league games doesn't represent bad reading. But a quick glance at the goals for column will certainly have the vultures circling once again, should Pellegrino fail to address the Saints' lack of cutting edge.