It was a big statement move from the new man, deposing the player signed for £5million by predecessor Roberto Di Matteo to be the Villans' number one and returning to United for a similarly unproven player.

Speaking at the time, Bruce said: “It's fair to say that once I'd left him out and I'd brought in another keeper, what was the next step for Pier?

“It was a little bit too early at this stage of his career to come to Villa. He still needs to learn his trade.

“It's a good thing he's out there playing again. Ideally it would have been in this country, but we still own him and we'll keep monitoring his progress.”

Those were, arguably, strange comments to make at the time given the Italian Under-21 international was being loaned from a second-tier club to a side sixth in Serie A.

However, Gollini only made his debut for La Dea on March 19 in a 3-0 win over Pescara after playing second fiddle to first-choice keeper Etrit Berisha. The Albanian was dropped after shipping seven at Internazionale the week before.

Back at Villa Park, Johnstone came into his own after a wobbly start, keeping five clean sheets in six games for Villa. Bruce has quickly stated his intention to re-sign the 24-year-old thus season and a season-long loan deal was secured on Friday. 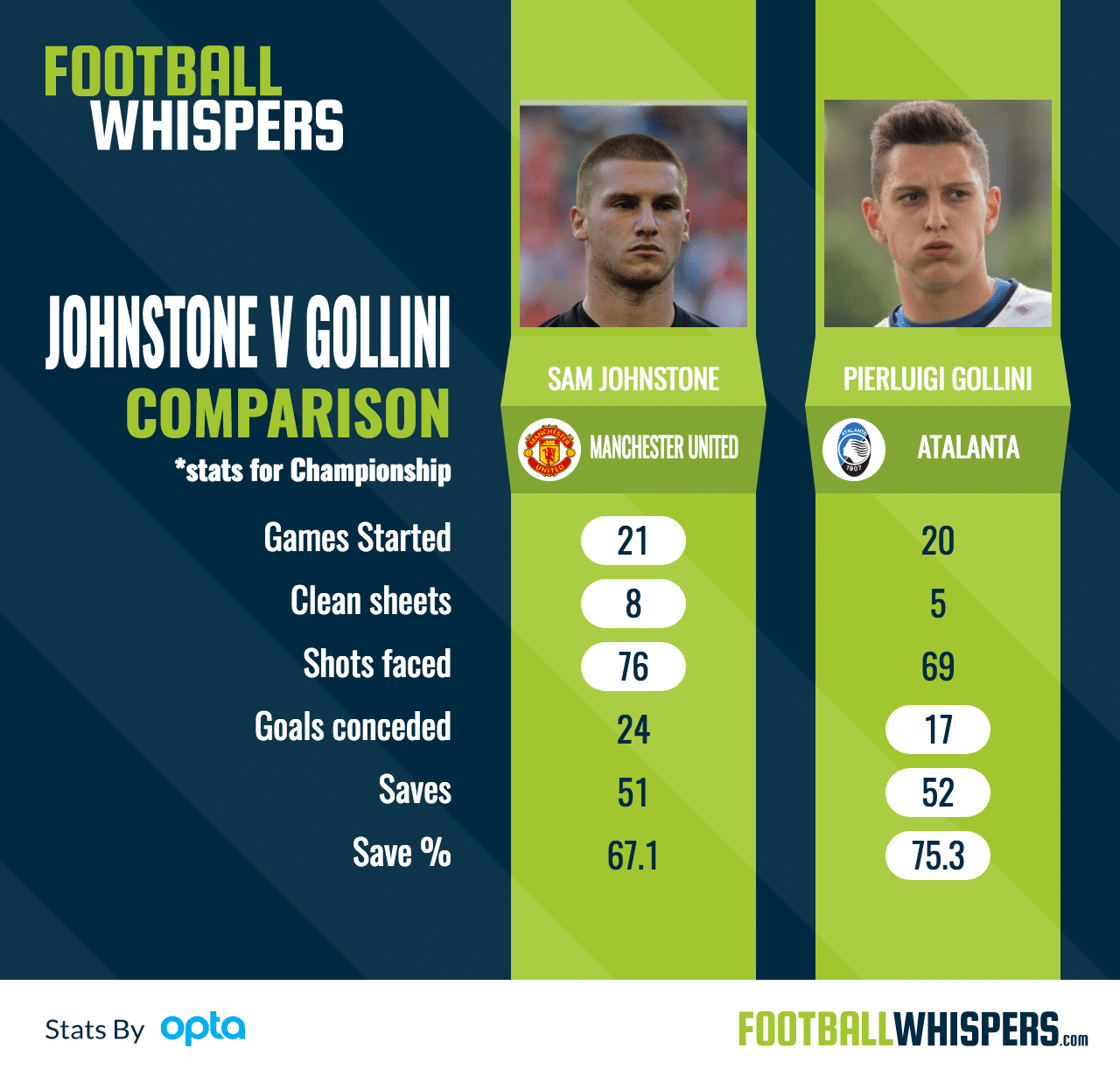 On paper there is only one winner between the two keepers: Gollini. But you have to scratch beneath the surface to understand the full context of statistics which are otherwise misleading.

In the 21 league games Johnstone played after taking over from interim stopper Mark Bunn, who had five games after Gollini was dropped, the Villans have won eight and lost ten. With Gollini between the sticks they won six and lost four, drawing a whopping nine.

Naturally, the form of the team and the protection given to the two keepers has a big bearing on the amount of work they have to do and Villa were struggling when Johnstone joined on loan.

However, what those statistics do not flag up are the number of goals Gollini was directly responsible for during his stint between the sticks at Villa Park.

The first game of the season; Gollini starts as he means to go on, hacking the ball skyward with an almighty slice which breaks for Fernando Forestieri to tuck home five minutes from time.

With four minutes left on the clock the Terriers are gifted a point when Gollini's attempted clearance rebounds into the net off of the fortuitous Michael Hefele.

Jack Grealish had given the Villans the lead but Tammy Abraham was gifted a second-half equaliser when Gollini's weak parry from Lee Tomlin's shot fell at his feet.

With Villa leading in the final moments, Gollini flaps at a corner from the left allowing Sam Winnall to rescue a point with a header from point-blank range.

Gollini is culpable on both goals, missing a punch to gift Kemar Roofe the opener before his weak hands enable Chris Wood to tuck into the empty net.

Shoring up the defence

While Johnstone does not have the catalogue of errors behind him that Gollini has, the Manchester United prospect endured a tough start to life at Villa Park, finally winning his first match at the ninth attempt.

However, the England Under-20 international thrived playing regular football – something Bruce acknowledged: “The difference between him now and three months ago is there for all to see.

“He's grown into the role. He's now more comfortable in the role – and he's got that from playing.”

At 24 the Preston-born stopper is still five league starts shy of reaching 100 in English football. That despite taking in ten loan spells since 2011.

That can be passed off as the product of being highly rated at Old Trafford where he has served as third-choice for José Mourinho and Louis van Gaal. Johnstone is yet to make his Premier League debut for the Red Devils but has sat on the bench seven times.

Given his relative youth, Johnstone would be a long-term fix for Bruce and Villa. It is unlikely he will make the breakthrough at United – like Gollini before him –  and a move away from the bright lights of the world's biggest club would serve the 6ft 3ins stopper well.

It is accepted that keepers mature later than outfield players. But like any player learning his trade, Johnstone needs a run of games to perfect his craft and reach his potential.

His most active season to date – by some distance – was the 2014/15 campaign when he helped Preston North End win promotion while playing in 38 games for his hometown club. A permanent move, as mooted when he signed on loan, did not materialise and he has not replicated that since.

It is evident Bruce has minimal faith in Gollini and whether there is an offer from Atalanta this summer or not, the Italian will surely be on his way out of Villa Park for good.

That leaves Bruce with a spot to fill and Johnstone is the ideal candidate. As a player with time on his side he has already shown improvement becoming more confident and commanding behind Villa's back four.

Mourinho is a big advocate of Joel Pereira, the 21-year-old Portuguese stopper he gave a debut to on the final day of last season – another roadblock to first-team football at United.

Johnstone won't be the most glamorous signing at Villa Park this summer, that honour goes to John Terry, but, like the former Chelsea skipper, he needs games. Villa is where he'll get them.