“Technically, he's as good and as gifted as any footballer I've seen at that age.”

The 18-year-old academy product has made four appearances for the Baggies’ first team this term, but it’s likely that he would have made many more had an injury earlier in the season not hampered his progress.

Despite limited playing time — he has featured for just 10 minutes since his two starts earlier this season — Field has clearly made an impression on his manager.

“Sam Field has been at the club since he was seven years of age and I think he’s going to be a fantastic player for the club.”

“He's only 18 and still growing, but [already] about six-foot-one, six-foot-two.”

Cultured and calm on the ball

Field impressed against both Bournemouth and Middlesbrough at the start of the campaign, displaying a calmness and confidence on the ball which belied his tender years.

In the sequence below, Field picks up the ball from deep and carries it forward. 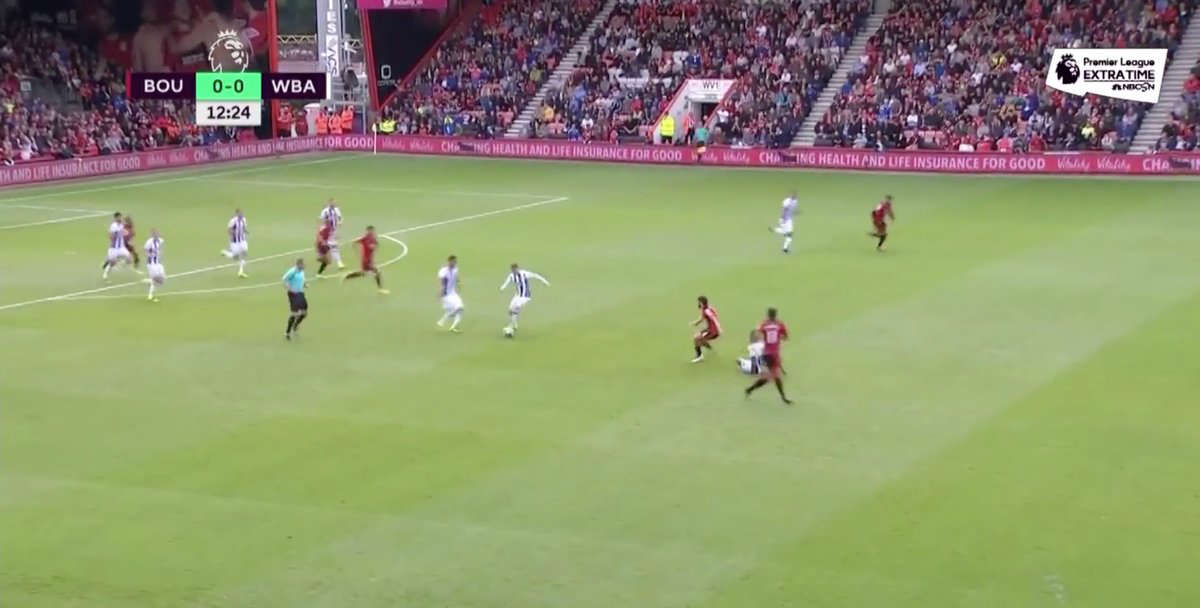 The Bournemouth players close in around him, but he simply holds them off, gets into space and plays a simple pass.

READ MORE: MARC WILSON – WHY HAVE WEST BROM BROUGHT HIM IN?

The England under-19 international’s ability to retain possession for his side has been one of the most impressive features of his game, boasting an 89 per cent passing accuracy, higher than that of any of West Brom’s midfield stalwarts — albeit from far fewer games.

He isn’t afraid of taking players on either, as the sequence of play below demonstrates. Field picks up the ball and is immediately put under pressure by Middlesbrough’s Adam Forshaw, but he’s able to turn and accelerate away from the Boro midfielder with ease, before laying it off to James McClean on the left who’s able to continue the attacking move. 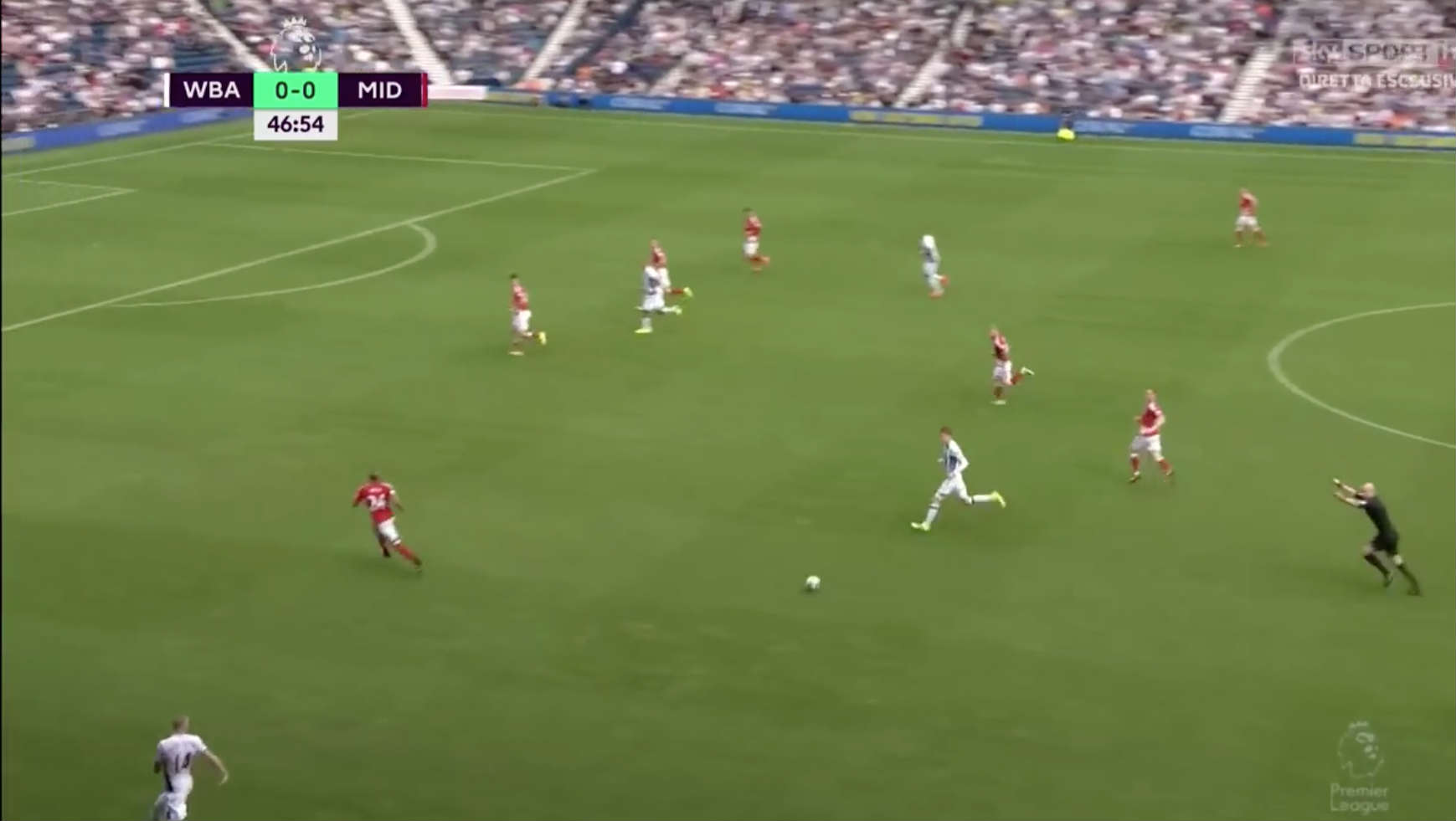 The youngster has also displayed an ability to be aggressive and dogged when defensive duties are required, and his success in 40 per cent of his duels compares well with the rest of his midfield team-mates.

A bright future at the Hawthorns?

Many Premier League clubs choose to send their brightest prospects out on loan to clubs lower down the Football League, in acknowledgement that, although they wish to see them develop, they are not yet ready to break into the first-team on a regular basis.

This does not appear to be the case with Field, so will we see the player appearing more often as the season enters its final months? Pulis certainly thinks so.

“We've got to find a way of playing these kids and give them the opportunity to come through. Eventually, the ideal situation is we get three or four of these local lads in the team.

“There's nothing better for supporters, especially local supporters, than when you can produce your own talent.”

The more pertinent question may be whether West Brom can hold onto Field in the long term.