This is a preview of the Champions League game featuring Red Bull Salzburg and Sevilla at the Red Bull Arena. The top betting tips for this match will be the agenda of this article.

Red Bull Salzburg prepared in the best possible fashion for the game against Sevilla by securing a 2-1 win over Hartberg during the weekend. Despite going down after 10 minutes, Salzburg staged a late comeback with goals from Kristensen and Onguéné. Sevilla managed a narrow 1-0 win over Villarreal thanks to an early goal from Ocampos.

Sevilla have made sure that they have scored in four out of the five group games. Even though just one of these matches have ended up producing more than 2.5 goals, this match could end up as an entertainer thanks to Salzburg’s offensive form and a lack of discipline at the back. Salzburg have not kept a clean sheet in any group match so far this season.

Salzburg remain in pole position to qualify for the knockout stages of the Champions League. The hosts know that even a draw could see them through. There is some room for error and Salzburg would like to play in this position. The reverse fixture between the two clubs produced a 1-1 draw in Spain and more of the same could be in the offing at the Red Bull Arena.

Karim Adeyemi has been a crucial asset for Red Bull Salzburg. He has scored a goal in all of the home group matches in the Champions League this season. He has not scored since November, but a return to European action might help him get a first goal in five games.

Top Champions League Stats ahead of Salzburg vs Sevilla

Salzburg vs Sevilla: Battle for the Champions League knockouts

Salzburg will be able to reach the knockout stages of the Champions League by even getting a point from this final group game. The Austrian outfit have a one-point advantage over Sevilla going into the last match. The hosts have a huge injury list with as many as seven players unavailable including Maximilian Wöber, Noah Okafor, and Bernardo.

Sevilla have had a difficult few weeks in the Champions League. However, the recent win over Wolfsburg has given the team a glimmer of hope. Sevilla going to the final group match with real possibility of making it to the knockouts. However, the team will continue to remain without Youssef En-Nesyri and Jesus Navas.

Questions about Salzburg vs Sevilla 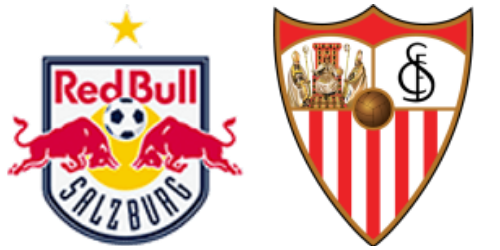 Where is the match scheduled? Red Bull Arena

Which team is the favourite to win? Sevilla