Probably one of the closest duels in this round of Champions League is the Salzburg vs Lille matchup, so read our preview of this match if you want to know more about it and to get some free betting tips.

Our latest betting predictions for Salzburg vs Lille

You can check our top Champions League predictions right here, including our top betting tips for the Salzburg vs Lille duel:

The Austrian team started the new season in an impressive form with nine straight wins in their domestic league. On top of that, they added a draw against Sevilla in an away game to start off their Champions League campaign. Meanwhile, Lille struggled a bit at the beginning of Ligue One but they have won their last two games. Still, Salzburg is in great form and playing at home, so our prediction is for Salzburg to win this game.

While Red Bull Salzburg is known as a team that scored and concedes a lot, that can't really be said for most French teams, including Lille. However, Lille averaged 3.13 goals per game in the French league so far, which is impressive and higher than 3.00 goals per game that Salzburg averaged in their domestic league this season. So, we expect these to teams to combine for at least three goals in their next game.

Karim Adeyemi to Score at Any Time

The young German striker has been sensational so far, scoring seven goals in the first nine games in the Austrian league. Considering he's still only nineteen, it's clear that Adeyemi has a bright future. And while he missed a penalty against Sevilla, he's still our top pick for scoring at any time in this game.

The best stats and latest odds for Salzburg vs Lille

If you want to bet on the best odds for the Salzburg vs Lille duel, check our selection of odds from a few of the top UK bookmakers:

Salzburg vs Lille preview: A very close and interesting duel

Not much can be said about Salzburg and their start of the season since it can all be summed up with one word – fantastic. The team has won all nine of their matches in the Austrian league so far and they have a goal difference of +19 in those nine rounds. Red Bull Salzburg also managed to stay undefeated against Sevilla in the first round of the Champions League.

After a rough start to the season, Lille seems to be doing a bit better lately since they've remained unbeaten in their last three games in all competitions, including a draw against Wolfsburg in their Champions League opener. Overall, the team is ninth in the French league, with three wins, two draws, and three losses.

Team news and possible starting lineups for Salzburg vs Lille

In spite of their great form, Salzburg has to also deal with many injuries. Three defenders Wober, Solet, and Piatkowski are all most likely out for the duel with Lille. In addition to that, Junuzovic, Koita, and Vallci from the midfield and Sesko from the attack are also out for the upcoming game, so we'll see some changes in the team for sure.

On the opposite side is Lille, the reigning French champion. The team is mostly healthy, with Renato Sanches being the only one due to miss this game, although he is also nearing a return. Jonathan Bamba is dealing with a minor thigh injury and he could appear in this game if he is deemed fit ahead of the kickoff.

The usual questions for Salzburg vs Lille 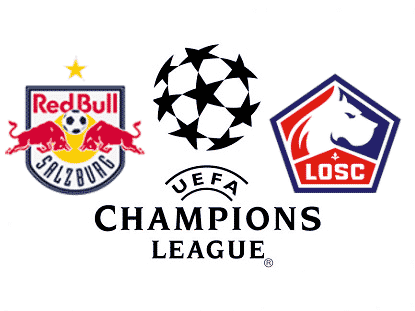