Austrian champions Red Bull Salzburg takes on the challenge of their Danish counterparts Brondby IF in their bid for UEFA Champions League group stage qualification. The Red Bull Arena is the venue for the first leg fixture as Matthias Jaissle's men look to gain an advantage before their trip to Denmark.

In their first competitive fixture, it is difficult to pick Brondby over Red Bull Salzburg. Die Roten Bullen have steam-rolled past everyone they have come across this season, registering five wins in succession. With Brondby winless in the same period, accruing two defeats and three draws, they cannot be favoured for a win in this meeting.

After scoring 14 goals in their first three matches of the 2021/22 campaign, Salzburg has seen their goals productivity decrease. They have claimed two 1-0 wins in succession and will be looking to exploit Brondby to give an early warning signal to their rivals.

With qualification for UEFA Champions League group stages this close, Red Bull Salzburg will not leave anything behind. They should profit from Brondby's poor defence that has conceded nine goals thus far. It would be a folly for the Austrians to not cater for the Danes attack, scoring six goals in all but one of their five competitive outings.

Salzburg vs Brondby: Check out the best odds and the latest stats

Match Preview of Salzburg vs Brondby

Salzburg to thrash out of sorts Brondby

Matthias Jaissle's start to life at the Red Bull Arena could not have gone any better. His Red Bull Salzburg charges have made little work of their rivals, winning five matches in succession. They have scored 16 goals and have also accumulated two clean sheets in the process.

They are favourites against Brondby IF and with good reason. The Danish champions are winless in their five Superliga outings, losing two (most recent) and drawing three. All their efforts have been cancelled out by their rivals and their most recent whitewash by Nordsjaelland has not built confidence in their abilities.

Questions About Salzburg vs Brondby 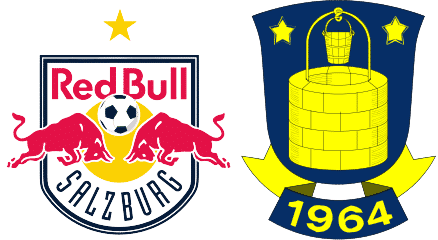 Where is the game being played? Red Bull Arena.

Which team is the favourite to win? Red Bull Salzburg.