Salford and Chesterfield face off at The Peninsula Stadium in the FA Cup second round on Sunday. Can National League leaders Chesterfield spring a surprise against Salford? Read our expert predictions and find the latest odds for the game below in our match preview.

Salford host Chesterfield in the second round of the FA Cup on Sunday. Find our top three predictions for the fixture below.

National League leaders Chesterfield have lost just once all season in all competitions and they should be confident enough to trade blows with Salford at The Peninsula Stadium on Saturday. The visitors have notched in each of their last 14 fixtures, though it’s also worth noting that Salford have scored in 100% of their last eight assignments. With reliable goal-getters on either side this weekend, backing both teams to score could be a smart move.

Chesterfield are enjoying a hugely productive campaign and their attractive attacking performances have produced over 2.5 goals in seven of their last nine games. The Spireites will arrive in Salford ready to push forward in numbers again on Saturday and another end-to-end contest could develop as a consequence. With that in mind, we’re advising bettors to back over 2.5 goals to hit the net again.

Chesterfield frontman Kabongo Tshimanga has been in devastating form this season and the 24-year-old has scored 17 goals in 17 league appearances this term. With nine accurate efforts in his last seven runouts alone, Tshimanaga should be vibrating with confidence and with scouts watching his every move, we expect him to produce the goods again in the cup on Saturday.

Salford are unbeaten in six games ahead of their FA Cup second round fixture this weekend and the Ammies’ upturn in form was long overdue. Gary Bowyer’s men had been tipped to launch a playoff push in League Two this season, though City have fallen short of expectations so far and are placed down in 11th. A good cup run would help to raise spirits at the club however, though Salford will need to be at their best to topple Chesterfield.

After several seasons in the non-league wilderness, Chesterfield look primed for automatic promotion in 2021/22 and James Rowe’s team look like the team to beat in the National League. The Spireites will relish the chance to test their mettle against opponents from higher divisions in the FA Cup and with the sublime Kabongo Tshimanga leading the line up front, they have little to fear at The Peninsula Stadium. 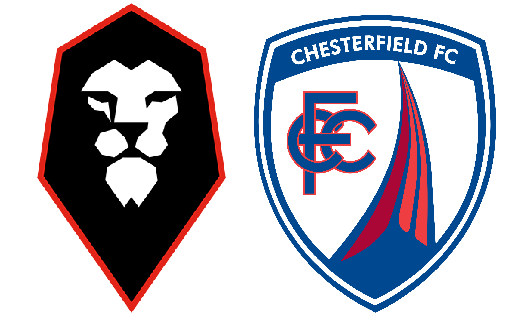 The bookmakers have priced Salford as their favourites to win this weekend.

Sunday’s game will be contested at The Peninsula Stadium in Salford.