A defeat to Chelsea was followed by one against Atalanta. Juventus will be looking to end this succession of results as they travel to Stadio Arechi for their Serie A fixture against Salernitana.

*Betting odds from Netbet and SBK are correct at the time of writing and are subject to change.

Stefano Colantuono ended the Garnets' 21-year wait for Italian top-flight football. They will need to enjoy whatever they can in this short span as Salernitana struggle against Serie A rivals. Hope is all they have and a win against the Turin giants can potentially get them out of the relegation slots. It looks unlikely as Juventus' cutthroat playing pedigree will be on display against the minnows. They will surely be looking to pile on further misery to end their two-match losing spree.

Massimiliano Allegri has failed to ignite Juventus' attackers into a cohesive force. The Old Lady continue to struggle to score and their tally of 18 goals from 14 outings is their worst in a decade. However, they will be confident in giving a better account of their abilities against the Garnets, who have the joint-worst defence in Italian top-flight football.  It is based on Salernitana's haplessness at the back that we are confident in seeing a high scoreline for this fixture.

Juventus rarely fail to capitalize when their rivals are down and will be looking to exact similar confidence against the Garnets. They should be able to score against their rivals and we should see that on Tuesday night. More interesting is how Salernitana deals with their rivals. The Old Lady has conceded at an average of more than a goal and we should see the trend's continuation in midweek. Expect both sides to score in this hotly contested fixture.

Salernitana vs Juventus: Check out the best odds and the latest stats

Massimiliano Allegri's return to the Allain Arena has not gone according to the plan. Juventus are reeling without an identity, suffering in the Champions League and Serie A. They will be looking to make the most out of their trip to promoted Salernitana, who are on their four-match winless streak. The Old Lady claimed a double against them in the 1998/99 campaign and similar results will be on Allegri's mind.

While Chelsea and Atalanta have given defeats to Juvenuuts, the Garnets have not succumbed against all and sundry. High flying Napoli, Lazio and Sampdoria have triumphed over them, while an away draw was claimed against a struggling Cagliari. There is still fight left in Stefano Colantuono's men and they will not be pushovers against the mighty Juve.

Questions About Salernitana vs Juventus 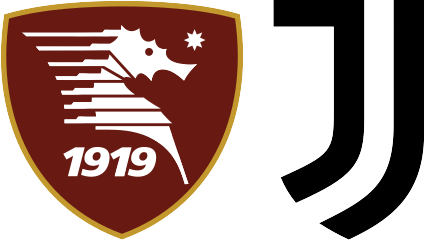 Who won the last h2h? 1-0 in favour of Salernitana.

Where is the game being televised? BT Sport, DAZN Italia, and Eleven Sports 1.

Where is the game being played? Stadio Arechi.