Liverpool under Jürgen Klopp has always been about speed, but until last season it had been about speed of pressing. Intense counter-pressing was how the team created great chances (and conceded one or two as well), keeping the ball high up the pitch. Either they had it, or their opponent’s defenders were about to lose it.

And then came Mohamed Salah.

Salah’s game is also, in large part, about speed. He is fantastically, frighteningly quick, but that speed doesn’t necessarily fit into an intense counter-pressing side. After all, if the aim is to win back the ball thirty yards from goal, what’s the point of being able to out-pace a defender in a foot race?

However, Liverpool dialled back the intensity of their press last season, in a bid to be more defensively stable, and while doing so created an opportunity for Salah to thrive.

The Egyptian received 61 key passes in the Premier League last season, with almost a quarter of them originating outside of the final third (14 in total, or 23 percent). 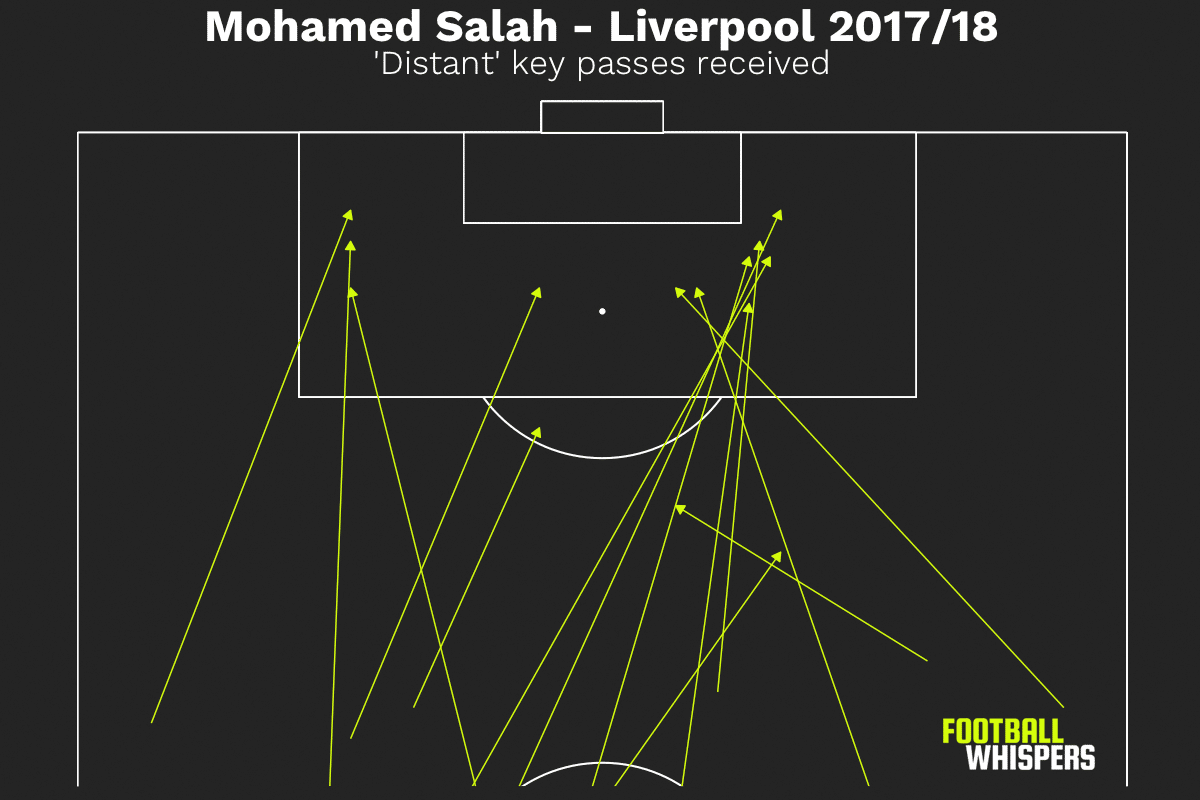 In comparison, Roberto Firmino and Sadio Mané received just eight such key passes between them (four each), and far fewer of them were as direct as the ones Salah was getting on the end of. 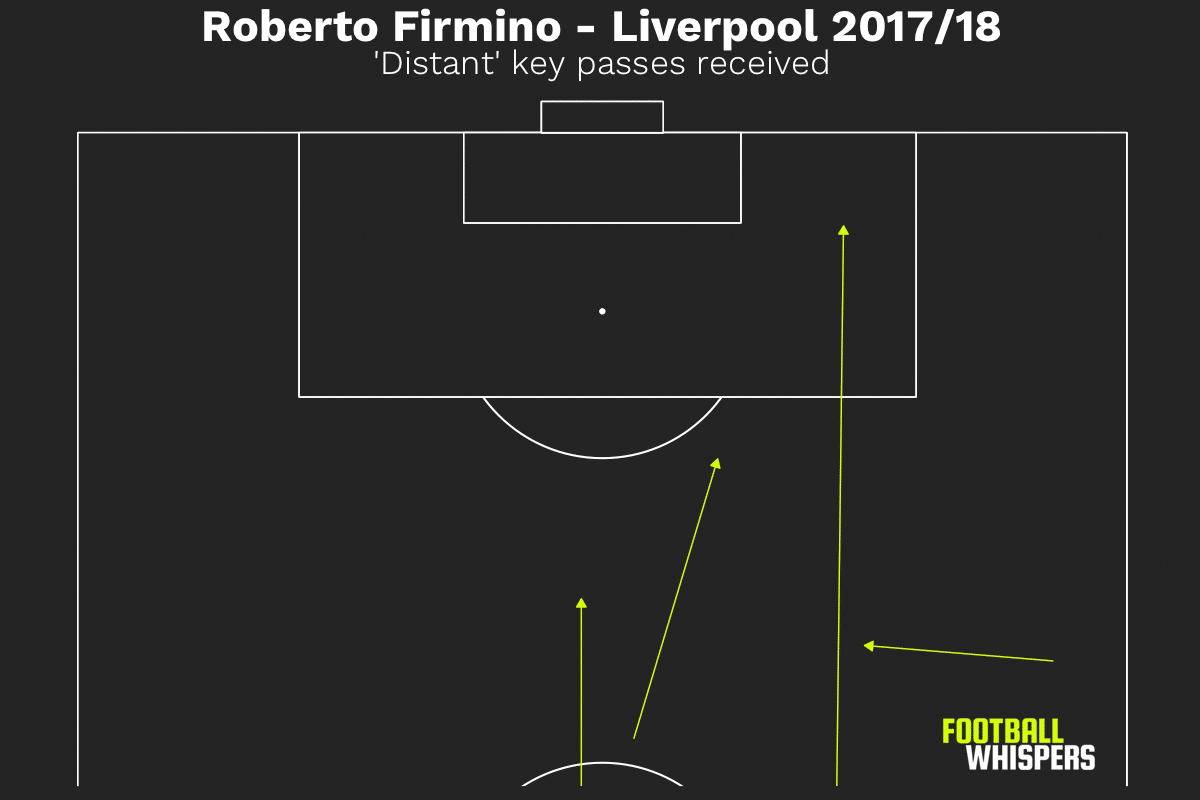 And here are Mané’s; sparse, even though he could probably play ‘the Salah role’ in the case of the Egyptian’s absence. Interestingly, although Mané tended to play on the opposite wing, the most direct ones are still in Liverpool’s right-hand channel. 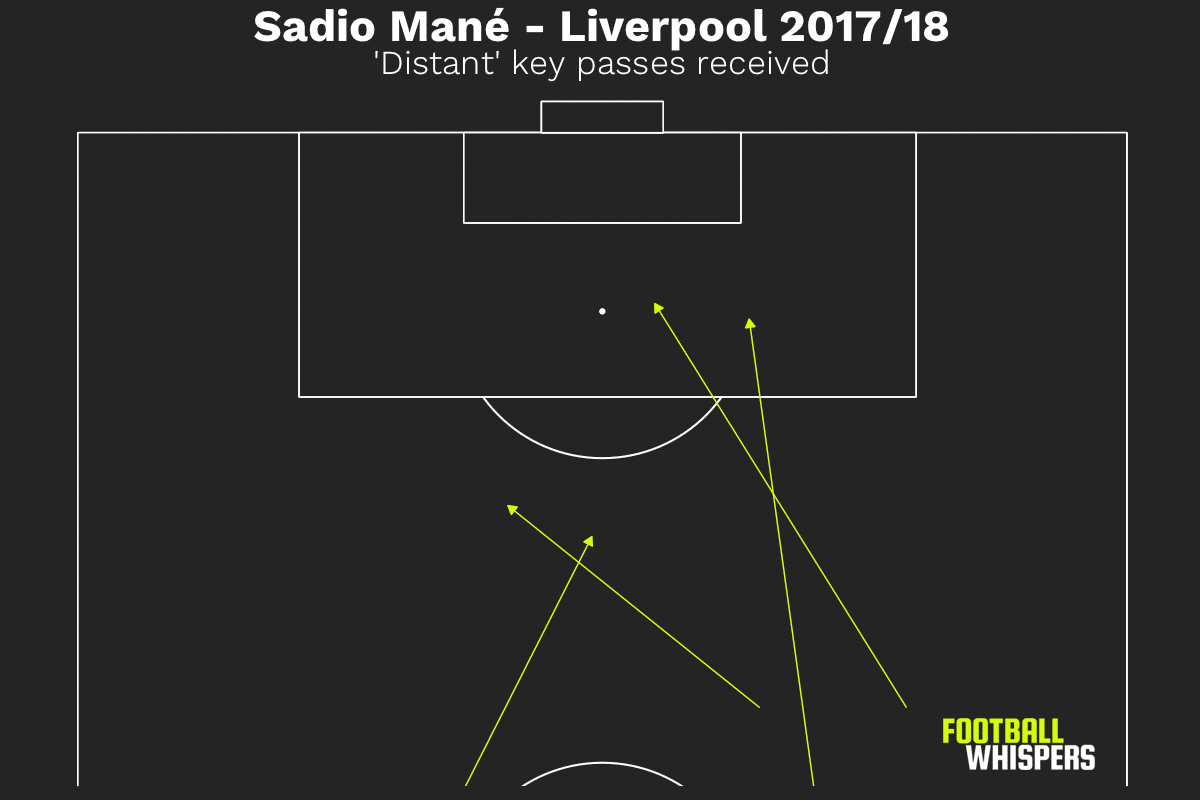 It’s clear, having looked at the three, that Liverpool were targeting a specific area of the field and that this helped them to get the best out of Salah. Whether the tactic was created for the record-breaker, or whether it was just a coincidence that they had just bought someone who could execute the strategy so perfectly, doesn’t really matter.

Either way, Salah gave Liverpool of 2017/18 a different kind of speed, and another gear to shift into.