Liverpool and Roma are finally in agreement over the deal which will see Mohamed Salah swap Rome for Merseyside. The Reds saw their initial bid of £28million turned down but a deal for the Egyptian star was thrashed out.

He's now flown to London to finalise the personal terms with a medical pencilled in for Thursday.

The Giallorossi have already lined up Sassuolo's Domenico Berardi – a one-time Liverpool target himself – to replace Salah as they plan for his departure and are leading the race to sign in demand Nice midfielder Jean-Michael Seri. 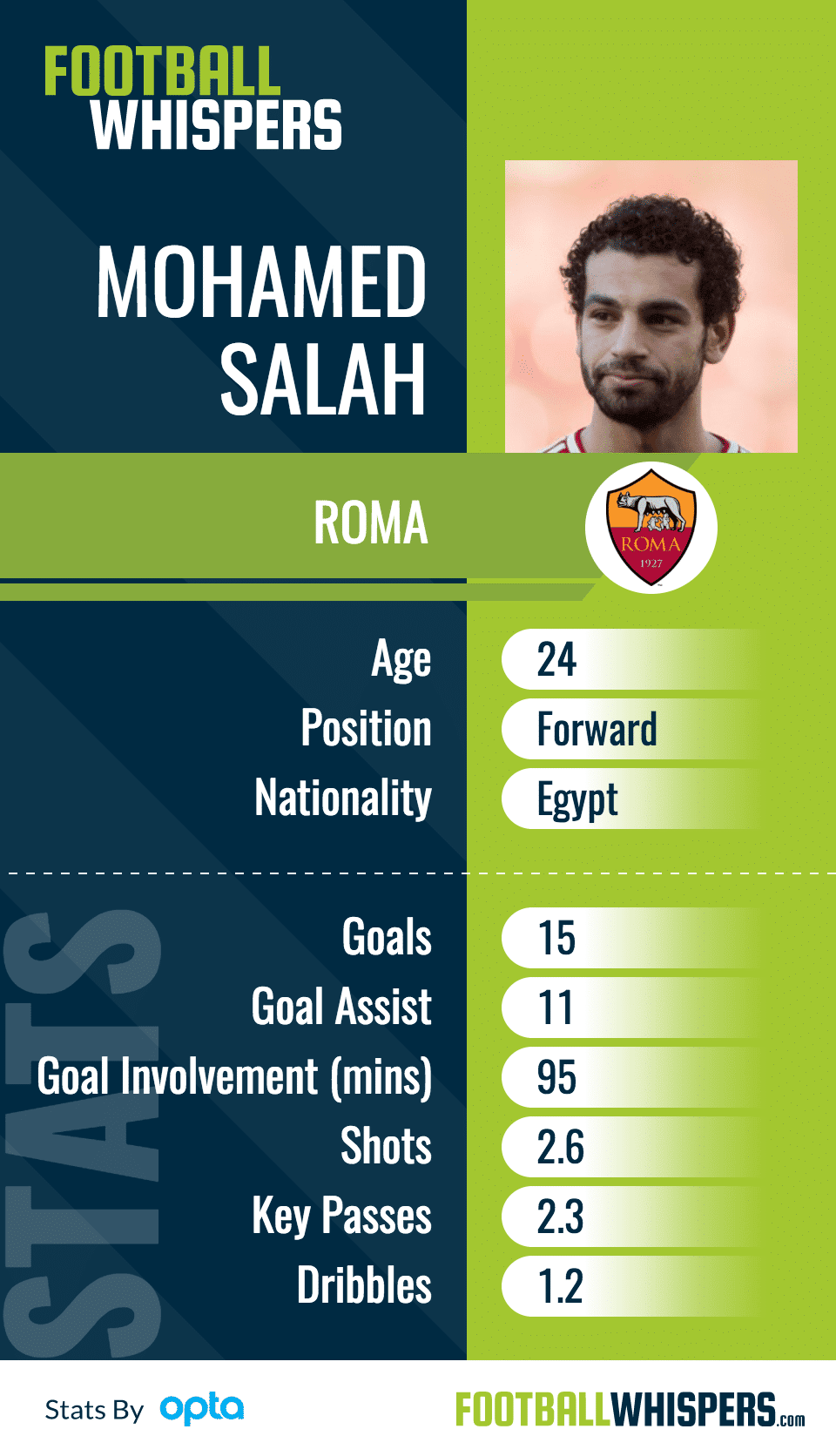 Without wanting to jinx the move, it looks as though Salah will be plying his trade at Anfield next season.

But then the inevitable question follows: where does he fit in?

He's excelled, primarily, for the capital based club on the right side of the attack. According to Whoscored.com, 24 of his 29 starts came on the right side. It seems like a no-brainer to unleash him in that role on unsuspecting Premier League defences who may remember him differently from his time on the Chelsea bench.

However, the Reds have a certain Sadio Mané and the Senegalese speedster was at his destructive best for the team in that very position last season.

How can Liverpool use Salah?

It really does depend on what Jürgen Klopp wants from his attack at Anfield.

If he intends to use his wide forwards in a more traditional sense, asking them to use their speed to beat their opponents on the outside, then using Mané on the right and the left footed Salah on the left makes the most sense.

You just have to cast your minds back to the opening game of last season when he chased a pass into the channel before using his acceleration to burst past Calum Chambers without breaking a sweat. He then drove into the penalty area and curled the ball home.

However, if last season is anything to go by it's clear the former Borussia Dortmund manager wants his attackers to play in a narrow shape and get into central areas whenever possible.

Philippe Coutinho often cut in from the left hand side onto his favoured right foot and Mané would drift infield to influence the game there,

Two of the most memorable moments of Mané in red have come when he's in a come into central zones of the pitch.

Against Spurs in the 2-0 win, he blitzed past Ben Davies to get onto the end of a Gini Wijnaldum pass to put the home side ahead. Then, in the Merseyside derby at Anfield, he picked the ball up on the right before slaloming his way past Everton players before firing the ball home.

It makes more sense to switch Mané to the left and use Salah on the right. Imagine the chaos the pair would cause making those diagonal runs between full-back and centre-back.

Not many teams in world football would have a quicker wide forward pairing. Liverpool looked like a different team with Mané in the starting XI, they're even more of a scary prospect with a similar player to him on the opposite flank.

It's also worth noting that former Red Bull Salzburg player thrived when playing on the left of a 4-2-2-2 formation in Austria. It was his performances there, in that role, which garnered the attention of Southampton in the first place.

He also played a similar role at St Mary's, as well as filling in as a striker and at number 10 at times while on the south coast. It's easy to forget he's so versatile with him looking so at home on the right of the Liverpool attack.

How Liverpool could line up 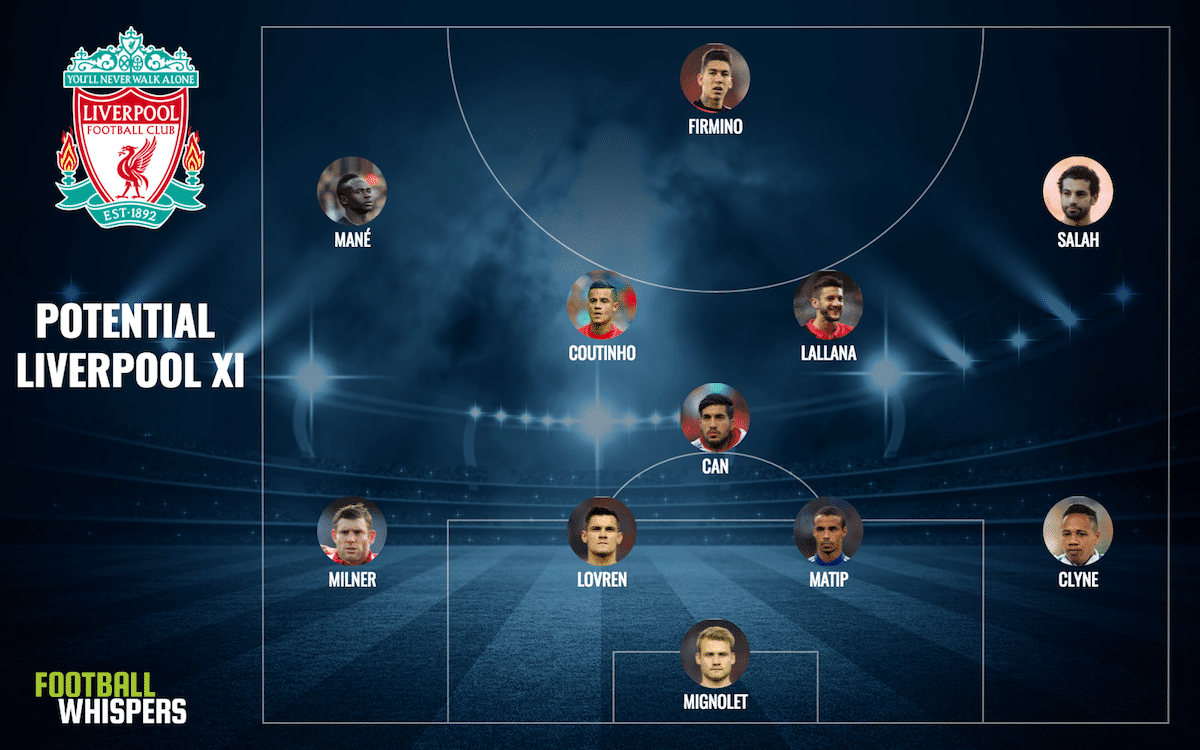 read more: we used football manager 2017 to see what impact salah would have on liverpool

Put the pitchforks down. The above team is made up of the players Klopp currently has at his disposal with Salah the only addition. It's by no means the XI which will start the 2017/18 season so there's no need to tweet the owners calling them names.

Salah's arrival would see Mané take up a role on the left of the attack and see Coutinho take up his rightful place in the centre of midfield. The Brazilian maestro played the role in the final two matches of the campaign and was pulling the strings as the Reds scored seven goals.

He has the ability to unlock even the most disciplined and organised of defences. Ensuring he sees more of the ball increases the likelihood of Liverpool picking up all three points.

His incisive passes from deep with Roberto Firmino's movement and the pace of Salah and Mané could be carnage for the opposition next season.