“Speed is the most difficult thing to defend in football.”
— Jurgen Klopp

Whether Philippe Coutinho leaves Liverpool in this transfer window or not, it’s unlikely that the Brazilian will be available for the first leg of their Champions League qualifier against Hoffenheim. He may even miss another game or two as he recovers from… whatever is keeping him out of the team… and in the worst case scenario for Liverpool he may never play for them again.

But away from the frenzy brought about by the final few weeks of the transfer window, managers have to deal with the reality that is the start of the season. The opening weeks can set a team up for the rest of the campaign, but it can also see it fall flat on its face before it’s even begun.

Liverpool face a hugely important couple of games against Hoffenheim in the coming weeks, which will determine whether they reach the lucrative Champions League groups stages. Failure to overcome this early hurdle would be worse than losing Coutinho but, luckily, Jurgen Klopp has a plan.

Patrik Berger on Mohamed Salah, The Summer… by FootballWhispers

In the press conference prior to his side’s first game of the season against Watford, the German Mohamed Salah, focusing on the pace he brings to the side.

“It makes us more difficult to defend, because speed is the most difficult thing to defend in football,” he said.

“Because it creates spaces for all the rest. Just the threat of speed opens spaces in different areas, and we need to use them.

When Salah is placed in the same side as Sadio Mané, and possibly with the revived Alberto Moreno at left back, Liverpool have two of the fastest edges in football.

Asked Sadio Mane who was quicker, him or @22mosalah He said Salah #LFC

“It’s not about giving [Salah] the ball to run and do something, it’s about what happens when he is running, what happens to the formation of the opponent.

“Should we play the ball there? Or should we use the space he creates? That’s what makes our football, for us, more interesting. When Sadio is on the pitch we have it on two wings, that’s another good thing.”

The space Klopp speaks of, created by the threat of pace, would be ideal for Coutinho, but even without him Liverpool have the players to exploit it.

Georginio Wijnaldum could come into his own in the Brazilian’s absence, and if there is space to be found on the pitch, Roberto Firmino is sure to find it regardless of the position he’s playing.

The Dutchman has that burst into the box which should probably lead to more goals than it does, while Coutinho’s compatriot is the best player in the league when it comes to off the ball movement.

If Klopp does go with attacking wingbacks in Moreno and Trent Alexander-Arnold, rather than the stodge of James Milner and Joe “probably-a-centre-back” Gomez, his side could cause even more havoc in the final third.

But then the team have to trust Jordan Henderson to play well in the defensive side of his deep midfield role, and trust the centre back who isn’t Virgil Van Dijk to be half-decent — neither of which are guaranteed.

More Than a Runner

On top of his pace, Klopp has spoken of the Egyptian’s other strengths and says there is much more to his game than just speed.

“First of all, what everybody can see, all his skills: speed, technical ability, finishing ability. He really showed up from the first day. A few of these skills are really natural, that makes it easier for him to involve them in the game.

“I spoke to him a few times of course, but not in the early part of the pre-season, I didn’t immediately tell him what I want to see from him. ‘Play’ [I said], and then we can talk about what I saw, and it was good.

“There were a lot of things in how we defend and how we need him to be involved in different situations. But offensively, he’s natural, and that’s really cool. We want to keep that, that’s how it is.”

Liverpool’s front three seems to pick itself, especially when it comes to the two wide men. It will just be a case of how much Klopp wants to experiment with having the pair switch sides, or even moving Salah to the centre.

This would be where having a creative wide man would come into play, looking inside for central pace such as Salah or even Sturridge and movement on the opposite wing.

It comes back to Coutinho again, who’s played a creative role from the left for much of his time at Liverpool, but the club also have young Ben Woodburn: the 17-year-old wonderkid who looks very much in the Coutinho mould. 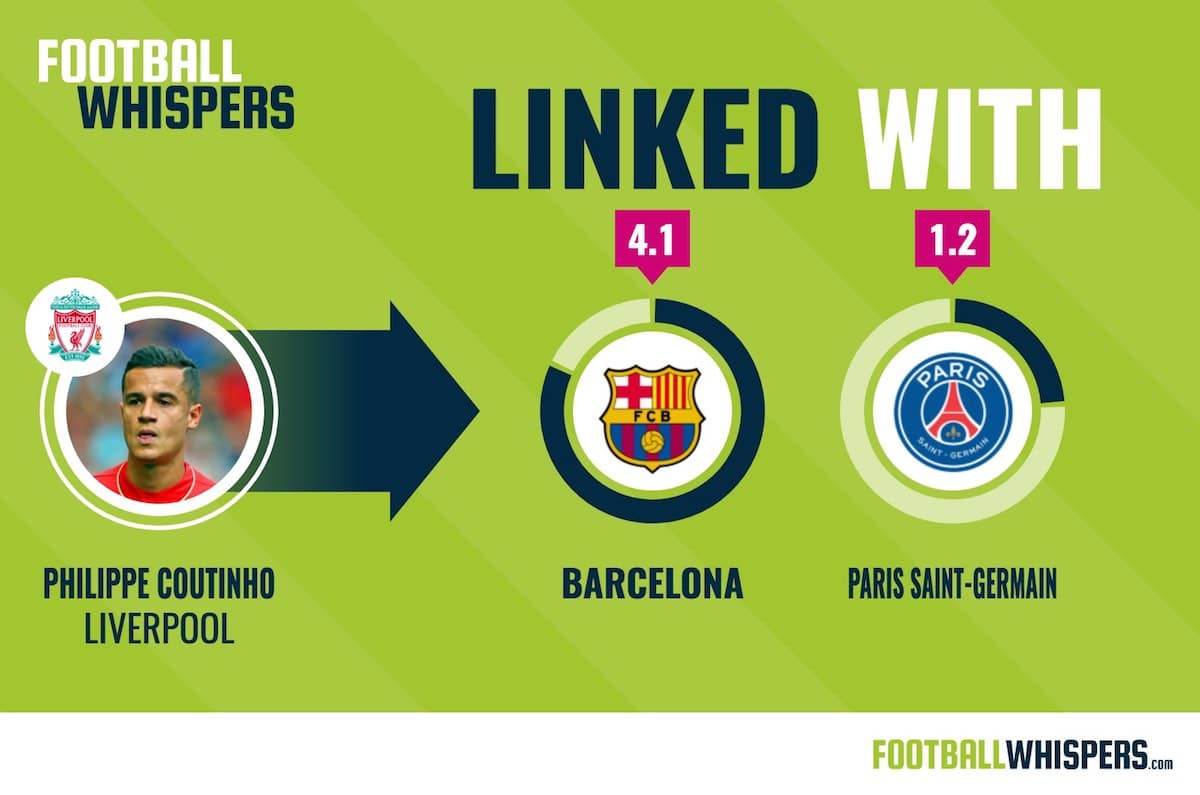 There's no getting away from the fact that Klopp's men will be without Coutinho for the important opening games of a new season, possibly longer, but even without him they have plenty of options.

But problems could arise when more players pick up injuries throughout the season, and to challenge on all fronts a side needs more than a few top class players in the starting eleven, they need them through the squad.

The transfer window remains open, which is both good and bad news for Liverpool. They'll hope to resolve worries surrounding outgoings, but the problems getting their key targets into the club post-Salah will also need to be addressed.