Saint-Etienne will play their ninth game of the season against Lyon on Sunday 3rd October 2021. We preview this fixture in this post and also provide our readers with the best predictions for the big game.

Lyon favourites to bag all points

We are tipping Lyon to bag all points in this fixture. The visitors trounced Saint-Etienne 5-0 in the last encounters and should get another victory in this first meeting of the 2021/22 season. Notably, Lyon has defeated Saint-Etienne in the last three encounters. The hosts have lost all their last five games and are winless since the new season started. We don’t think Etienne will match the firepower that Lyon brings to this fixture.

Our second prediction backs a one-sided scoreline. While Saint-Etienne has failed to score in only two of the eight games played thus far, Lyon is not an easy opponent. St. Etienne is poor in the final third and with a troubled defence that always takes back all the gains. The hosts have leaked 17 and scored only 7 in 8 matches this season.

Given the struggles that have bedevilled Saint-Etienne since the new season started, Lyon should have a field day in this fixture. We are backing the visitors to score at least three goals in this game.

For the latest stats, the best odds and H2H for this fixture, check out the tables below.

Saint-Etienne has only but struggled since the new season kicked off. Despite finishing 11th last season, it seems the hosts are in for even bigger troubles heading into the first quarter of the 2021/22 season. Saint Etienne has not recorded a win since the new season kicked off. A bigger worry for the hosts is that they lost all their last five matches despite having no other engagements in European football. Defensively, Saint-Etienne seems to be in shambles and it could prove even more difficult playing against Lyon, a team that defeated them 5-0 in the last meeting.

On the other hand, Olympique Lyon hopes to bag another double and grab all six points from Saint-Etienne this season. The visitors have kicked off the season on a high tempo, winning three, drawing three and losing once so far. However, to get a result here, Lyon must improve their away form. They have lost twice and only bagged one victory on the road this season. Lyon has also registered a poor scoreline away from home, only managing two goals and leaking five in three away games. The biggest for Lyon is their good H2H record against Etienne and the fact that they defeated the hosts in the last three meetings. 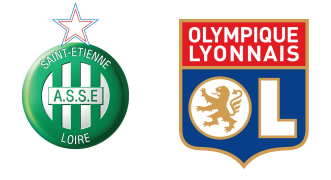 How did Lyon perform in the last five Ligue 1 matches?

The visitors have DWLWW in the last five games.

Which referee will be in charge of this game?

Francois Letexier will be the referee in this game.

Saint-Etienne vs Lyon is scheduled for Sunday 3rd October 2021. The match will start at exactly 21:45 GMT +3