Sagrada Esperance and Zamalek will square it out in the second group stage fixture in the 2022 CAF Champions League. The hosts lost 3-0 to Wydad Athletic in the first game. The question is can they get a win in this second home fixture of the competition? Read on for a detailed preview of this game by Football Whispers as well top free predictions.

Football Whispers provides you with updated CAF Champions League predictions, team news and analysis. Our best picks for Sagrada Esperance vs Zamalek are:

We are tipping few goals to be scored in this game. Sagrada Esperance will look to prevent a second home defeat in the tournament. After going down 3-0 in the first game, the hosts must shore up their defence or risk losing to Zamalek in this important fixture. In the race to a play-off spot, Egypt’s Zamalek also hope they can get at least a point in this trip to Angola. We expect a tight game that will yield few goals.

We expect a defensive approach to this game from both sides. The hosts have to it takes to win or get a draw in this game. It is the same case with Zamalek. A loss for either side will be costly. But in every match, there is a chance that a team can commit a costly mistake. That could be the case here but we expect a match where goals will be hard to come by.

The hosts have done pretty well in recent games, losing only twice in the last ten outings. Things have been a little different for Zamelek though. The visitors lost four of their last ten games, most of which were recently. Zamalek is now without a win in three consecutive games and only one win in the last seven.

Another worry for Zamalek is they have kept no clean sheet in the last six games, a performance that should put the visitors under a lot of pressure heading into this match. That also means playing away from home could come with a heavy price to pay for the Egyptians. On the flip-side, Sagrada recorded three clean sheets in the last six maches, two of which were victories.

Let’s see the expected lineups for this fixture. 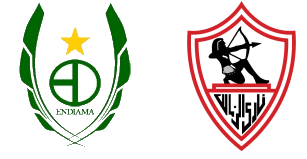 What time will Sagrada Esperance vs Zamalek game start?

Where is the venue for this CAF Champions League game?

When is the fixture date?

Sagrada Esperance vs Zamalek will be played on Saturday 19th February 2022.