Kyle Walker's fall from grace has been as swift as it has been surprising.

Until Sunday, he had started all but three of Tottenham's 34 Premier League games and it would be hard to name a Spurs player enjoying a better or, at least, more consistent season.

Perhaps alarm bells should have rung in February when Mauricio Pochettino, asked about comments Walker made regarding training being reduced to prevent fatigue, delivered a pointed response.

“It is his individual perception,” Pochettino said.

Fatigue has always been a particular source of curiosity regarding Walker's career under Pochettino, who has tended strongly towards two codes of selection. 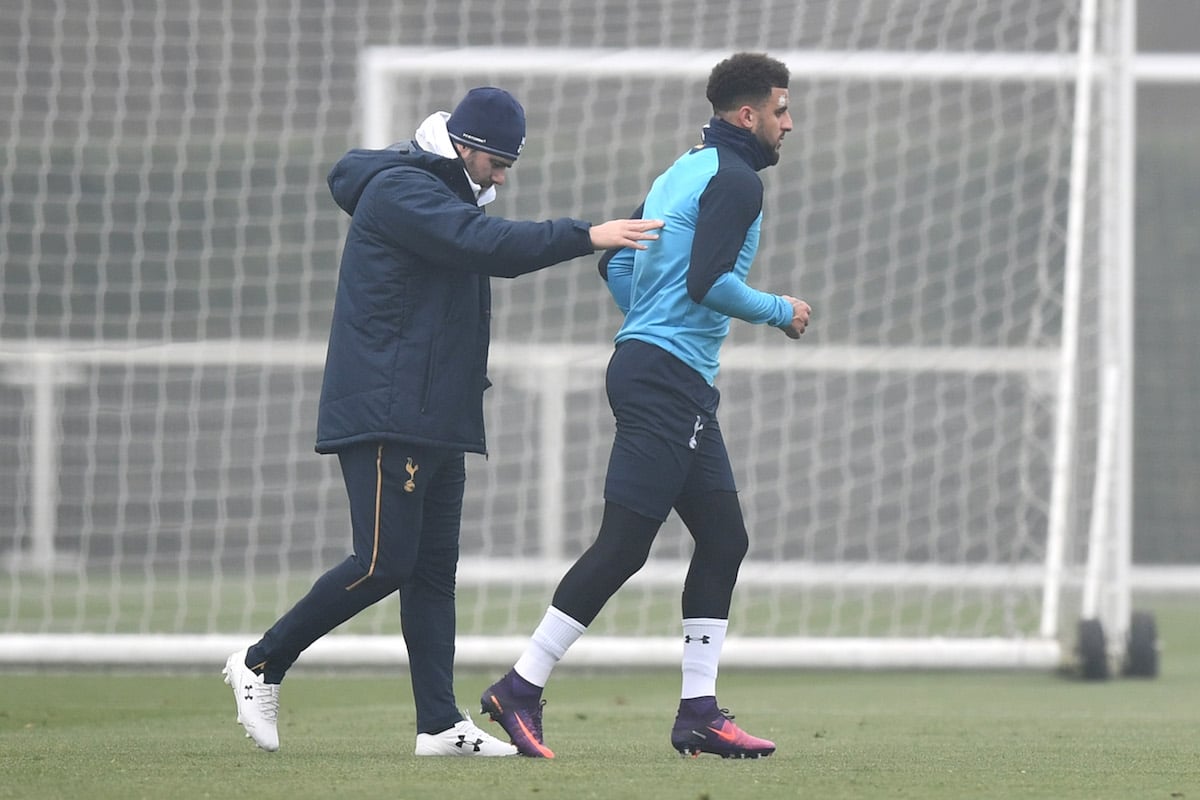 The first is that Walker cannot play two games in a week. He is often rested for midweek fixtures or, on the occasions that is when fiercer opposition land, spared an adjacent game at the weekend.

The second is that Walker cannot play away in Europe. Walker faced Monaco, Bayer Leverkusen and CSKA Moscow at home in the Champions League but missed all three trips away.

In the Europa League, Walker started both ties against Gent but the away leg came three days before an FA Cup fifth round at Fulham, so he was rested at the weekend instead.

Part of this is likely due to rotation and the fact two sprightly full-backs form the core of Pochettino's tactical thinking. But it also points to a lack of faith either in Walker's physical or mental fitness.

Walker, for his part, like many of Tottenham's brightest talents, is acutely aware he could earn significantly more elsewhere.

He has been the finest right-back in the division this season – as confirmed by the PFA's Premier League Team of the Year last month – and, at 26, still has at least three or four years before his athleticism begins to fade.

The five-year contract Walker signed in September puts him on around £70,000 a week but a move to one of the Manchester clubs, where he is most seriously coveted, could see him comfortably double that figure.

It brings Walker, and Pochettino, to an unexpected and perhaps definitive juncture, not least because Walker would appear to be the first of Pochettino's favoured crop to break ranks. 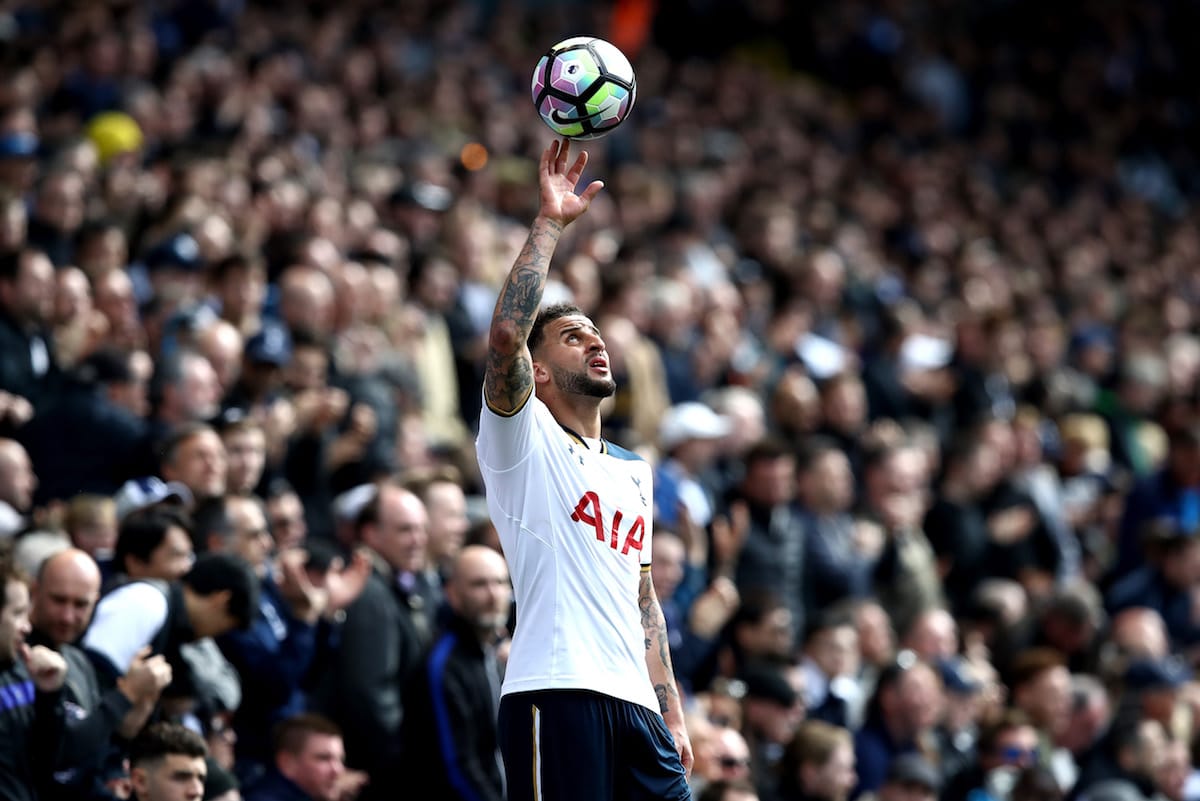 Read More: Why it's best for Dele Alli to stay at Tottenham

Aaron Lennon and Andros Townsend were swiftly shown the exit door after signalling opposition to their manager's methods but neither were integral to the first-team.

Walker is now a test case for how Pochettino will handle his golden generation.

If he keeps him, either by bumping up his contract or agreeing to bend on the current selection policy, Pochettino would be bowing to player pressure but retaining one of the best attacking full-backs in Europe.

If he agrees to sell, he maintains face but is likely not only to strengthen one of his title rivals next term but offer encouragement to others similarly tempted by glamour moves elsewhere.

There remain, however, two juicy carrots upon which Pochettino could, and may have already, opted to jettison Walker, staking his gamble that more will not attempt to follow suit.

The first is Pochettino commands a fierce sense of loyalty amongst his squad. It feels almost rare to complete a Spurs interview these days without hearing words of gratitude professed to the manager and conviction that he is leading them into a brave new world.

Last month, Lloris, the club captain, even went as far as to say his own future would depend on Pochettino staying put.

Walker, however, has also been reverential of Pochettino's methods in the past and it might be that another, second, point of leverage is required – that Tottenham can now justifiably claim parity, in terms of performance at least, with any club in the country.

Tottenham have the best record in the PL since the start of last season – most wins, points, goals & best defensive record #MNF pic.twitter.com/K8DkJqWyow

Spurs are the only side to have challenged for the title two years in a row and are currently 11 and 12 points ahead of Manchester City and United respectively.

It is likely that at least one of those two sides will be playing Europa League rather than Champions League football next season and at both clubs, a summer of huge upheaval awaits.

For Alli and co. there are no guarantees success will be more accessible away from White Hart Lane, where the very visible sight of an £800-million new stadium emerging from the rubble next door serves as a reminder of the club's ambitions.

That is not to say Walker could not thrive in a new, more challenging environment.

Some have pointed to the ill-fated spells at City of Fabian Delph and Jack Rodwell as evidence for caution, not to mention Luke Shaw's recently traumatic stint at Old Trafford.

But Walker is far more established and experienced at Premier League level than any of those three, who were, and still are, attempting to break through. Walker could expect to slot straight into the first-team.

And, for all Pochettino's upward momentum, there remains the undeniable lure of taking instruction from either of the two most influential coaches of this current era.

But Walker might also do well to remember his own, not altogether straightforward, journey to this point.

He was overlooked for England squads taken to Euro 2012 and the World Cup in 2014 after disjointed, injury-hit campaigns.

In his last league fixture before Pochettino arrived, he played right wing, Tottenham were thrashed 4-0 by Chelsea and the fourth goal was a result of his own misjudged header back, collected and converted by Demba Ba.

No defender has made more Premier League assists (8) since the start of 2015/16 than Kyle Walker.

Walker has thrived under Pochettino. A new mentor may push him further or the ascent might quickly level off.

No scenario is without risk and there is nothing to say the outcome for one would have to be at the expense of the other. Spurs and Walker could both gain from a transfer, just as they could both stand to lose.

If sacrificing Walker meant that framework stayed intact, he may see it as a risk worth taking.