As midsummer approached with the transfer window open to let in the breeze, it looked like Sheyi Ojo would be the man to provide cover on the wings for Liverpool’s first team. The club were linked with several other wingers as well as Mohamed Salah, who eventually signed, but the talented 20-year-old academy player looked like he could save the club a few million pounds while also providing a home grown player for their European squad.

His performances for England during their Under-20 World Cup win were impressive and his introduction from the bench in the semi-final against Italy changed the game and saw his side through to the final.

But on his return to the club, Ojo has been heavily linked with a loan move away, while another 20-year-old youth product, Ryan Kent, has played the role of back-up wide man during the pre-season tours.

If these friendly games were to be judged as a whole then there would be a good argument in favour of Kent being Liverpool's man of pre-season.

The Englishman spent last term on loan at Barnsley, where he was named the club’s young player of the season scoring three goals and getting three assists in the 47 games he played in all competitions.

His trickery in tight situations caught the eye and he was also very good at taking multiple players out of the game with skilful dribbling and excellent ball control.

Removing opposition players from the game, whether by incisive passing or simply by taking the ball past them, is a vital part of helping a team win football matches.

Kent appears to have both of these defender eliminating skills in his locker, but is especially useful when it comes to head-on running straight at, and often past, his marker.

Liverpool need one of Ojo or Kent around the squad.  With the former looking certain to leave on loan once a suitable club is found, it’s important for the club and its academy that the latter remains part of the first team set up.

He won’t be short of opportunities to play, and he and fellow wonderkid Ben Woodburn could provide good options for the team throughout what promises to be a busy season with plenty of games both in Europe and domestically.

Kent’s ability to cover both wings is useful and his combination of pace, acceleration, and passing ability puts him somewhere between Philippe Coutinho and Sadio Mané.

Seeing as the Brazilian looks set to play regularly in midfield, this means the club need other wide options in the squad and their Oldham born trickster will provide a very versatile one.

His two-footedness is also an asset as it doesn’t give defenders an easy point of reference when squaring up to him. He can take them on down either side, shoot with either foot, or find a team-mate in any direction.

In Liverpool’s recent pre-season Audi Cup games he gave a snapshot of what he’s able to do if given the chance to play with the first team.

Against Bayern Munich he left the highly regarded Rafinha twisted in knots, jinking past him to the byline on the left wing with ease before having the poise to pick out the lurking Marko Grujić who found the net via the post, but saw the goal disallowed for offside.

Then in the final against Atlético Madrid he showed similar direct running, but also caught the eye thanks to his ability to take set pieces with either foot.

His work rate off the ball is generally good, too, which will impress his manager Jürgen Klopp. The player also thinks he's more likely to get first team chances under the German than he would at another Premier League club. 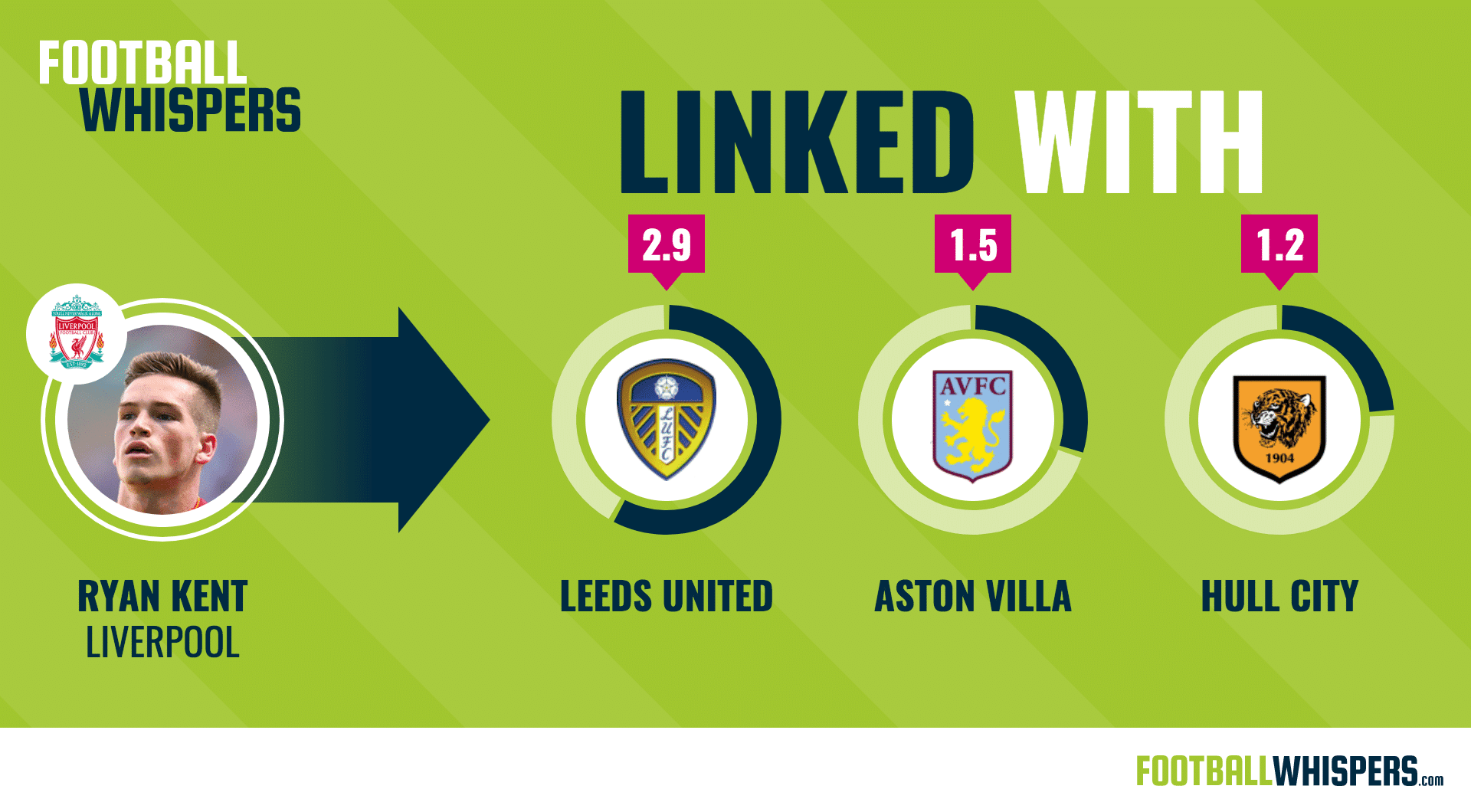 “The manager gave me my debut last year when I came back from Coventry and to see him giving out even more debuts this year and putting his trust in young players in big games is pivotal – it inspires you,” said Kent in an interview with the club's official website in February.

“Not many clubs are giving young players these opportunities, so that's more inspiration for me to go back to Liverpool in the summer, work hard in pre-season, and push forward for the first team.”

While the club seem intent on loaning out players such as Kent, the best thing for both this season would be for him to stay at the club.

There will be plenty of opportunities to play with a strong first team line-up, whether from the bench or starting games when other players need a rest. Then he could become one of the more experienced heads in Klopp's League Cup sides.

At 20 years old Kent needs to be playing and improving in the Premier League, rather than the Championship, and the 40-plus games for Barnsley last season have already given him the experience of regular football.

The ideal scenario for club and player would be for him to remain at Anfield and be the unpredictable, unknown, wildcard winger who helps them challenge on all fronts.