Russia are on track to make it back to back World Cup final appearances but this game is huge with Slovakia not too far behind them. Can they get what would be a mammoth win? Find out with our Russia vs Slovakia match preview with free tips, predictions and odds mentioned along the way.

Russia vs Slovakia: Our Tips

After a decent showing at the European Championships in the summer, Russia have clicked into form in World Cup qualifying with three games unbeaten and are arriving in this match having won two on the spin. Slovakia, who also went to the Euros, aren't in terrible form with just three losses in 10. We do lean towards Russia though with two key factors driving our decision making. Firstly, Russia have played 44 home World Cup qualifiers since they became a nation in their own right and they've lost just one winning 36. The second element to our logic is that the pressure is all on Slovakia because, with time running out in the group, a draw probably isn't enough.

Our next prediction is that this match will not be a clash for the ages. Both teams have a goal average of under 2.5 from the six qualifying games; Russia sit on 2.3 with Slovakia averaging a square 2.0 per game. General form and head to heads don't read much differently either; both nations have seen four of their last five games in all competitions fall under 2.5 whilst only two of the last five meetings have gone over the threshold – even then they've only seen three goals.

Our final tip is looking at the anytime scorer market and we're backing Russian forward Fedor Smolov. He's scored six in 10 for his club side, Lokomotiv Moscow and boasts three goal contributions in his last two outings for Russia. He assisted two against Cyprus and bagged the opener in their 2-0 win over Malta last month.

Find the best odds for Russia vs Slovakia

Russia vs Slovakia: Who and what will make the difference?

This game could have huge ramifications to decide who gets their crack at a World Cup proper with little separating the two sides in the table. If Russia win, they are – in our opinion – home and hosed in the qualification phase. Lose the game though and all of a sudden Slovakia are breathing fire on their necks. Russia can boast players like our goal scorer tip Fedor Smolov but Slovakia have some talents too. Milan Skriniar will be tasked with keeping Smolov out at one end but he could have a big say on this game in the other area too. He already has two goals to his name this season and he'll hope to make it there.

FAQ on Russia vs Slovakia 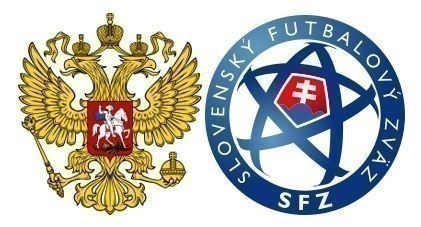