With Belgium already qualified, the fight to finish second in Group B continues and only a win will do for Denmark. The Danes have lost their opening two matches and now face a must-win game against Russia and will be relying on Belgium beating Finland to stand any hope of claiming the second qualifying position.

Read on for our full match preview and prediction for Russia vs Denmark in the European Championship.

These two countries have only met once before and on that occasion, Russia ran out 2-0 winners. However, a lot has changed since that 2012 friendly, and Denmark boast the more talented of the two squads and it is a surprise to see them without a point on the board. Denmark have won three of their last six international matches, keeping clean sheets in each of those victories. Denmark played much better against Belgium, especially in the first half, and if they can repeat that kind of a display then Russia won't be able to live with them.

Under 2.5 goals were produced when these two nations last locked horns and three of Russia's and three of Denmark's last four outings have also featured under 2.5 goals. We're expecting a close game between these two sides but believe that Denmark's added quality will shine through in the end. There is a lot on the line for both countries and that is likely to produce a tight and tense 90-minutes.

Denmark lost their only previous meeting with Russia 2-0 but we're backing the Danes to have their revenge on the big stage with a result that could end up seeing them qualify for the knockout stage. The Danes have scored at least two goals in three of their last six matches and we're unlucky not to score at least two goals against Belgium. Russia have looked poor in the final third, lacking pace in their attacks, and we believe Denmark will stop their opponents from scoring on Monday.

If you don't like our tips then you can always bet against them. Russia are yet to make their mark on Euro 2020 but did at least secure a win in their last game against Finland and still have a good chance of qualifying ahead of Denmark and Finland. Here are a few selections for those of you that fancy Russia to cause a bit of an upset in this Group B finale.

Russia secured a 1-0 win against Finland to keep their hopes of making it through to the next round alive. However, Russia haven't looked good enough to go much further in this competition and seem to lack pace and goals up-front. Denmark attacked with pace in the first half against Belgium, something that Russia will be very wary of heading into their final group game.

Denmark had hoped to make a winning return following that disappointing defeat to Finland but slipped to a 2-1 defeat, despite playing some good football against Belgium. Belgium couldn't handle Denmark in the first half and were lucky to only be one goal down at the break, something which Denmark paid the price for in the second half. Belgium came back with two good goals and Denmark will have to make more of their chances if they are to beat Russia and earn a place in the knockout stage. 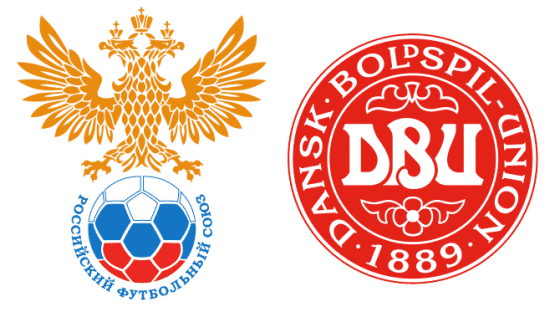