It's top vs bottom in Group H this Thursday as Russia play host to Cyprus in the World Cup qualifiers. The hosts have won six of their opening eight matches and look like they will make it to Qatar 2022, while Cyprus have just 5pts to their name and look set to battle it out for last place in the group with Malta.

Here are our predictions for Russia vs Cyprus.

Russia have faced Cyprus six times over the years, picking up five wins and one draw. each of those five Russia victories have been accompanied by a clean sheet and that's just what we're expecting from Thursday's latest encounter between the two countries. Russia won 2-0 when the pair met in Cyprus in September and the hosts have won each of their last four international matches and have kept four clean sheets in their last five outings.

We're expecting goals in this game but only from the home side. Russia have twice scored over 2.5 goals against Cyrpus in the pair's last five competitive meetings. Russia's last game against Slovenia produced over 2.5 goals and four of Cyprus's last six outings have also witnessed at least three goals scored.

In terms of a final scoreline, we're going with a comfortable 3-0 win for the home side. Russia aren't a team that tends to score a lot of goals but they do have a mean defence. The hosts have only conceded one goal in their last five matches, while Cyprus have conceded at least three goals in three of their last six outings and have failed to score in five of their last six international matches.

All you need to know ahead of Russia vs Cyprus

Russia made the trip to Slovenia last month and managed to come away with yet another 3pts. Diveev opened the scoring for the visitors in the 28th-minute and teammate Dzhikiya doubled Russia's advantage just after the half-hour mark. While Slovenia did manage to pull a goal back before the break, Russia held onto their lead and the top spot in Group H. Russia have had a real turnaround of late and look like a much more competent side, especially in defence.

Cyprus should have won their last qualifier at home to Malta after twice taking the lead through Papoulis and Sotiriou but had to settle for a point thanks to a dramatic stoppage-time equaliser from Degabriele. The Cypriots seem to have taken some steps back in recent years and while they have never been genuine challengers in the qualifiers, they usually hold their own and finish above the likes of Malta. It's hard to see how this Cyprus team can leave Russia with anything but another defeat as they don't look anywhere near strong enough in defence.

Russia: Yuri Zhirkov, Andrei Semyonov, Igor Smolnikov, Daler Kuzyayev, Denis Cheryshev, Magomed Ozdoyev and Artem Dzyuba have not been selected for one reason or another.

Cyprus: the visitors will be without Ioannis Kousoulos, Charis Kyriakou and Andreas Makris for this week's qualifiers.

Russia vs Cyprus – Your Questions 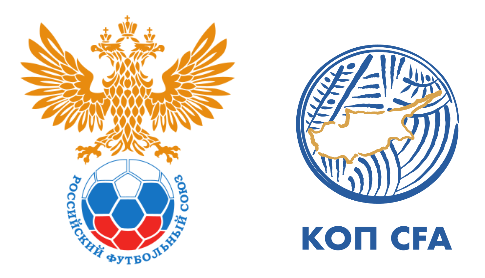