This match pits two of the European Championships under achievers against one another. Who will come out on top? Find out with our Russia vs Croatia match preview with free tips, predictions and odds mentioned along the way.

Russia vs Croatia: Trio of tips

All square as Russia and Croatia face off

If we were purely looking at the quality of players on show then Croatia would edge this match. That's not the case though. You have to consider that a) Russia are at home where they have a pretty decent record and b) the form shown by Croatia of late, which makes fairly poor reading with just three wins in 10. More than the defeats in numbers though, it's the teams that Croatia have struggled against that will give confidence to Russia. It would still be a shock to see Russia win the match but it's hard to separate them in the other direction too.

We've already touched on the poor form Croatia are in whilst Russia are off the back of a rather underwhelming Euros too. There will be huge interest in this match from the respective fan bases but for the neutrals it could be rather dull viewing; that's why we've gone with an under 2.5 goals prediction. Three of Russia's last five matches have fallen short of the three goals needed to break this bet. As for Croatia, their record is the same with just two of their past five going over the all important 2.5 cut off. Three of the last four head to head meetings have all been under 2.5 too.

Backing the action to end 1-1

Okay, so our final tip is to back this game to end with the scores locked at 1-1. Correct score predictions are often the hardest to nail but with the odds on offer this has real value. The last meeting between the two nations ended 1-1 at the 90 minute mark and, as we've just touched on, neither side is particularly serving up high scoring football. If you look at how the respective teams are performing on goals scored terms then across the past 10 fixtures Russia average 1.2 per match with Croatia coming in slightly higher at 1.4. Neither convince that they're ready to and bag a number of goals.

Find the best odds for Russia vs Croatia

Turkey to bounce back from disappointing Euros

Neither Russia or Croatia came home from the delayed Euro 2020 campaign with much to shout about. Russia crashed out of their group whilst Croatia stumbled through theirs before being eliminated in the first knockout round. This match offers both an opportunity to start a new run of form though and both will be desperate to avoid defeat. For Russia, that means they'll look to Roman Zobnin to try and influence the match. He'll face a tough task though because Croatia's main man, Luka Modric, will be operating in a similar area. It's a clash that could dictate how this match plays out.

The final word on Russia vs Croatia 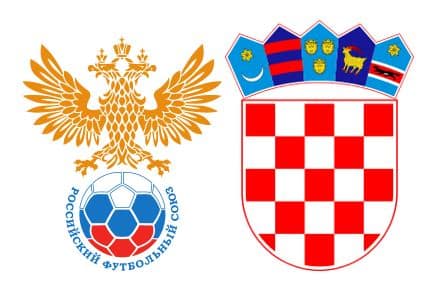