Chelsea’s appointment of Thomas Tuchel was seen as a death kneel for many of the youngsters who had made incredible progress in different Lampard. One such a prospect from the academy has been Billy Gilmour, who has made a strong impression in the last 12 months. The midfielder recently returned to the first-team after an injury layoff and was once again crucial in Chelsea’s 3-1 win over Luton Town in the FA Cup. 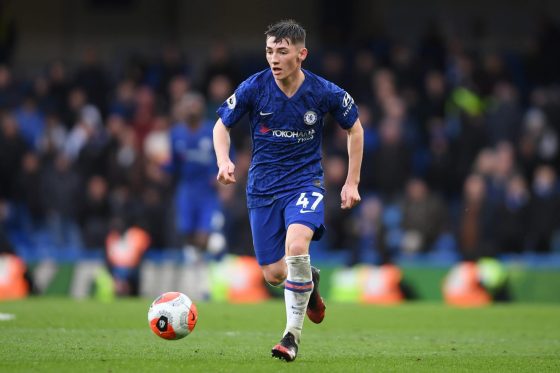 Thomas Tuchel went for experience in his first game against Wolves and the manager retained the same philosophy in the win over Burnley during the weekend. These are becoming increasing signs that the youngsters may not get a lot of opportunities ahead of experienced names like Jorginho, who has started the last two games despite his mediocre performances.

Gilmour has been linked with an exit just a few days after Tuchel’s arrival. The 19-year-old was expected to join the vast number of young Chelsea players who are on loan across Europe. A number of Premier League clubs had registered an interest in Gilmour with Southampton leading the race. The Saints were keen to take the player on loan, but it appears that the blues are not ready to let the promising youngster leave, according to Daily Mail.

Chelsea are still in three different competitions and Tuchel’s needs a lot of depth if Chelsea are to rediscover the winning form that almost put the club in the title race at the start of December.

For the time being, it looks highly unlikely that Gilmour will be getting any opportunities, as it appears that Jorginho and Mateo Kovacic are the key central figures in the new 3-4-3 formation adopted by the blues in the new era. A combination of injuries has meant that Gilmour has only featured in two league matches so far this season.