Italy breeds central defenders like it does grapes – on a vine somewhere, ready to be plucked and mature with age into a fine red wine. Daniele Rugani is just the latest grape.

A Serie A regular as a teenager, and then a regular feature in Juventus’ back-line alongside Italian legends Giorgio Chiellini and, until he moved to Milan, Leonardo Bonucci, Rugani has an extraordinary amount of experience for a 23-year-old.

It’s no wonder, then, that clubs are clamouring to buy him. The Italian is a Lazio and Arsenal transfer target, as well as being subject of a bid by Chelsea. It looks like Rugani will be on the move this summer.

Who is Daniele Rugani?

Rugani spent his formative years at Empoli before being loaned to Juventus in 2012, aged 18, to play in their Primavera squad. The team won the Coppa Italia Primavera and Rugani obviously did enough to persuade the powers that be at the Bianconeri to purchase a stake in him, and after agreeing co-ownership terms he was sent back to Empoli on loan.

A first-team fixture, he made 40 appearances as Empoli won promotion to Serie A in 2013/14, and then played every minute of their first season back in the top flight, leading to a call-up to the national side by Antonio Conte.

Interestingly for the proposed move to Chelsea, his manager at Empoli was Maurizio Sarri, the favourite to take over from Conte at Stamford Bridge.

At the end of 2014/15, Juventus bought out Empoli’s stake in the youngster for €3.5million and the rest was history.

What are Daniele Rugani’s main strengths?

Rugani has had good mentors to learn from. He explained back in 2015 what he could take from each of them:

“From Bonucci I'd steal his character and his ability in directing play,” he said, “from Chiellini his aggressiveness and his skill in marking, and from Barzagli the sense of positioning, the concentration and the continuity.”

He’s certainly involved in the build-up play. He averages nearly 64 passes per 90 minutes, the sixth-highest rate of any Serie A centre-back in 2017/18, and his Player Persona radar looks like this:

This is largely a function of how Juventus play. They like their possession, but in defence they sit back. They make 49 per cent of their possession regains in their own defensive third, compared to Napoli whose share there is just 36 per cent.

Rugani is quite good at reading play as well, putting him in good positions to make interceptions or clearances and is relatively versatile, having played across the back three for Juventus.

What are Daniele Rugani’s main weaknesses?

While Rugani is good at reading the play, his one-on-one defending leaves a bit to be desired.

In the below image, he is one-on-one against a Crotogne attacker. His footwork is relatively good, light and quick, the idea of that being that it should let him change direction quickly. However, it’s clear that his heart is on showing the defender down the line and that’s where his bodyweight is, but he isn’t positioned in the right place to do that, and as a result the attacker can easily cut inside. 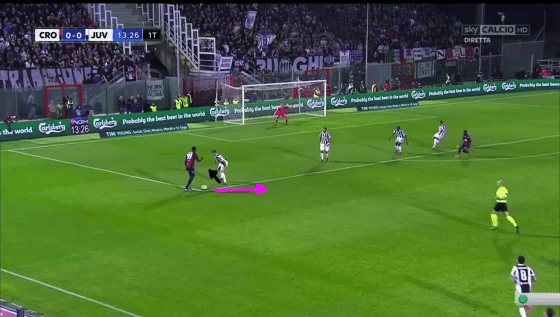 He suffers a similar positional problem in the below image as well, playing for Italy. He should be able to show the forward down the line towards the byline fairly easily.

Instead drifts slightly too deep and the striker is able to cut back, behind Rugani, and dribble into the box. 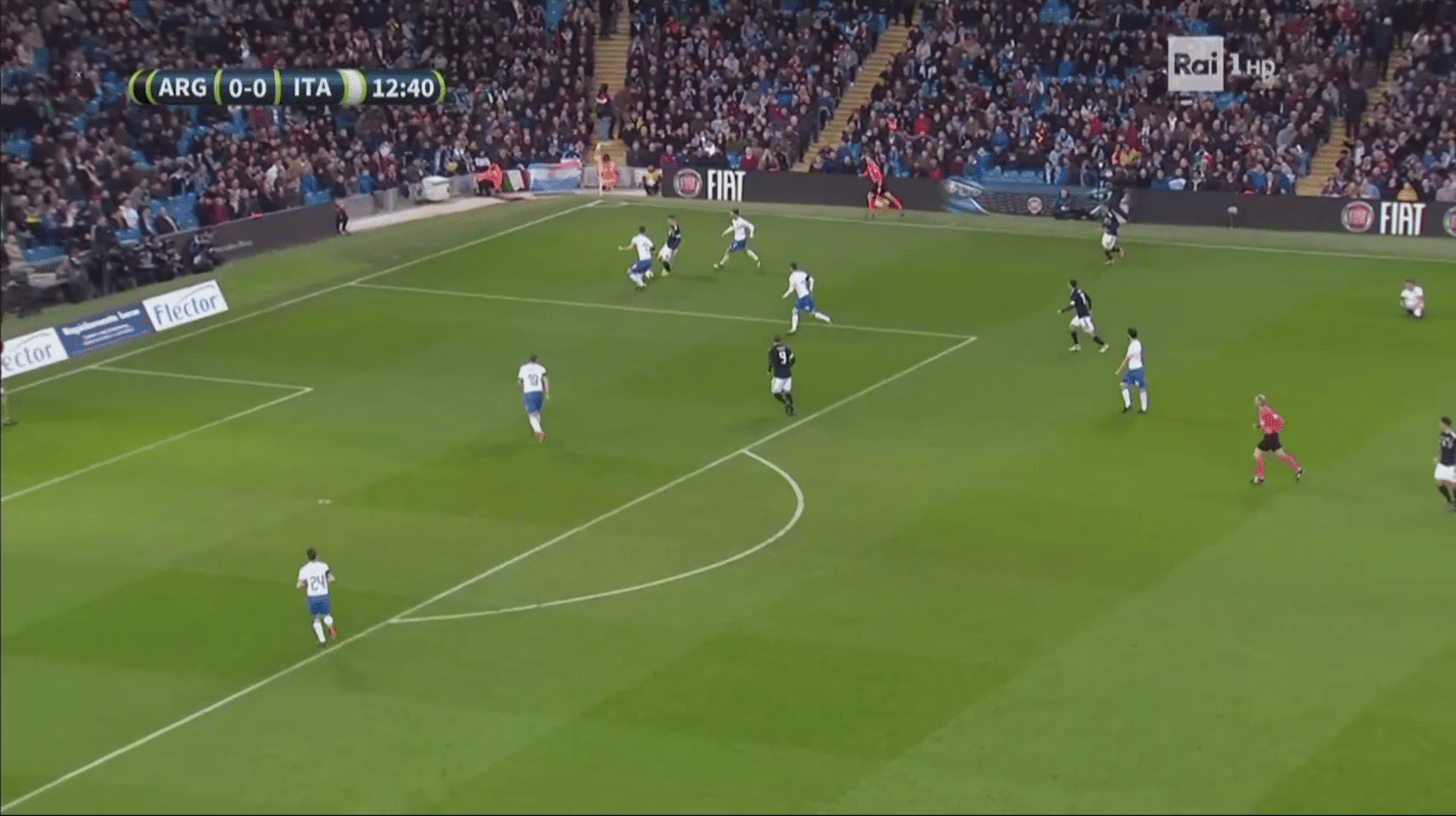 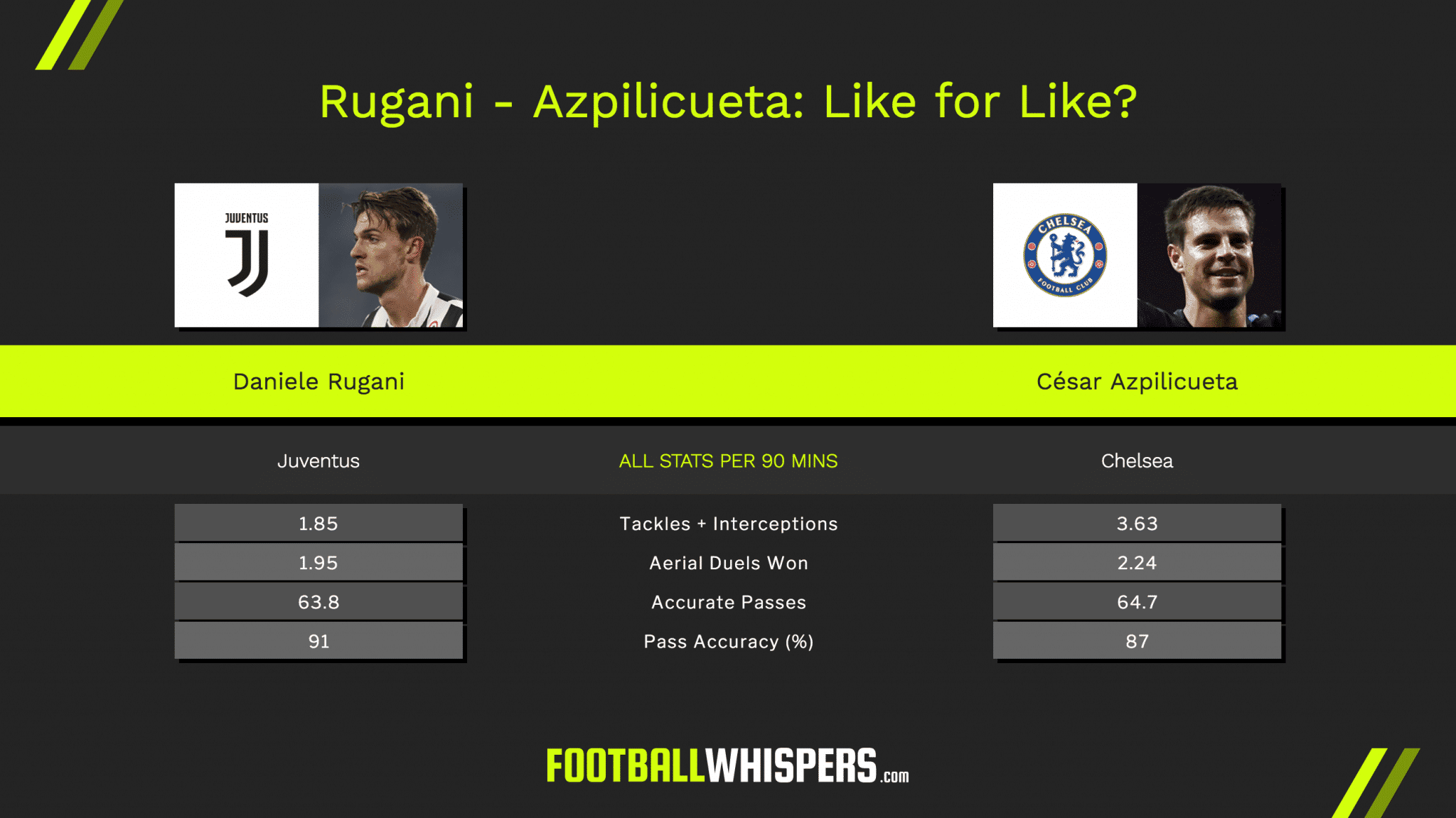 How much would Daniele Rugani cost?

Arsenal were told earlier in the window that Rugani is ‘unsellable’. Chelsea have reportedly just submitted a bid of €35million, so that must be the ballpark of how much he is likely to cost.

Chelsea are not lacking in centre-backs, it has to be said. They already have Antonio Rüdiger, Gary Cahill, Andreas Christensen, César Azpilicueta and David Luiz, assuming that they’re planning on playing a back three.

Rugani has mostly played as the right-sided centre-back for Juventus, which would mean moving Azpilicueta aside, either to the bench or to a right wing-back position. Azpilicueta plays that position supremely well, but the chance of purchasing another young and promising centre-back may be too enticing an opportunity to pass up.

Rejuvenating the back-line to prepare for the future makes sense – Cahill and Luiz are both in their 30s – and should Sarri arrive at the Bridge then that would reunite the defender with the manager who gave him his big break.

Signing Rugani would require some squad juggling, but it would be a logical, if not thrilling, move.