Both of these sides are struggling near the foot of the table and in eager need of points. Will either find a way to win? Find out with our RTU vs Eleven Wonders match preview with free tips, predictions and odds mentioned along the way.

RTU to win the match

Eleven Wonders have played 29 games so far this season, and they've won just eight of them; it's fair to point out that seven of those wins came at home. Eleven Wonders managed just one win in 15 road games, with two draws and 12 losses. RTU have actually had similar results with Eleven Wonders; while they've won just one game away from home this season, they've only lost once at home. RTU won three of their last four home games, and they are unbeaten in their last 11 home games; considering both teams' record at home and on the road, we're predicting a win for RTU.

We don't see both sides scoring

Eleven Wonders scored 23 goals in 29 league games so far, and  15 of those goals came at home; they've only managed eight goals in 15 games away from home. As a matter of fact, Eleven Wonders blanked in four of their last five road games, they scored just once in that stretch. As a result of their lack of goals, most of Eleven Wonders' recent games have not featured goals at both ends; at least one side failed to score in seven of their last 10 games. For these reasons, we don't think both teams will score today.

Both of these teams are down by the relegation spots with RTU 15th and Eleven Wonders one spot worse off in the final relegation place. There are just two points between the two sides though so three points from this six-pointer would be enormous.

RTU have had their fair share of struggles in recent weeks; they've managed just one win in their last five games, with three draws and a loss. RTU are without a win in their last three games; they'll hope to get back to winning ways as they take on Eleven Wonders.

Eleven Wonders have had some mixed results in recent weeks; they have two wins, two draws and two losses in their last six games. Eleven Wonders are in the relegation zone, just two points from safety, with five games left to play; they'll hope to take all three points from this game.

A quickfire FAQ on RTU vs Eleven Wonders 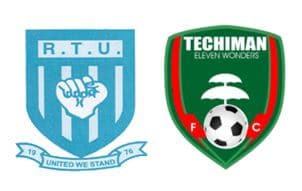