The CAF Confederations Cup Group B fixture between Royal Leopards vs Al-Ittihad is our focus in this post. The hosts have played two games and lost both while Al-Ittihad is second in the group with 4 points, only two shy of first-placed Orlando Pirates. Read on for the best betting tips and free predictions for this game.

Our Free Predictions for Royal Leopard vs Al-Ittihad

This CAF Confederations cup fixture will be the first meeting between Eswatini’s side, Royal Leopard and Libya’s Al-Ittihad. Based on recent performances of these teams, the visitors should have some advantage on matchday. But can they get all points away from home? Here are our free predictions for this match.

Al-Ittihad to score the first goal

The visitors have all it takes to win this game. They have been in this tournament before and the experience should play significance in this trip to Eswatini to face an opponent that has struggled with poor defending in the tournament. While the hosts bagged a 2-0 win in the domestic league a few days ago, back to back defeats in the CAF Confederations Cup is something to worry about, especially against a stronger opponent like Al-Ittihad.

Al-Ittihad should walk away with all points on matchday. They  are now unbeaten in 12 games and  only two points shy of the top spot in Group B. Displacing South Africa’s Orland Pirates from the top of the table should not be a problem, especially if they exploit the troubled backline of Royal Leopards. The hosts leaked eight goals and scored two in the two games they have played so far in the tournament.

Place your bet on the highest prices for this game by taking advantage of the odds we have handpicked from the best bookies below.

Two losses from two games have left Royal Leopards gasping for survival in the tournament. The worst bit is that the hosts have scored just two goals and leaked thrice as much. Poor defending is the greatest setback for Royal Leopards in this tournament and we don’t see them going far in it. It is easy to say, Royal Leopards will play this game for formality, albeit, they still have very slim chances of making it to third-place.

On the other hand, Libya’s Al-Ittihad is leaving nothing to chance. After going 12 games without defeat, the visitors only need to improve in their finishing for their chances to count in this trip to Eswatini. They have a strong defence to back up their plans and all that remains is scoring goals that matter. 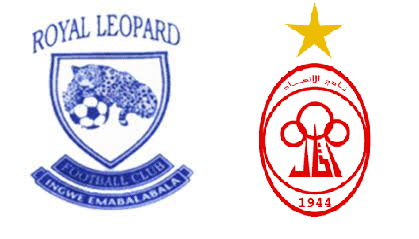 When is Royal Leopards vs Al-Ittihad taking place?

Has there been previous meeting between these teams?

Royal Leopards and Al-Ittihad meet for the first time.