Rotherham have proven to be a yo-yo club between League One and the Championship in recent times. Is this the year where they keep their heads above water? A win here would certainly help but will they get it? Find out with our Rotherham United vs Reading match preview with free tips, predictions and odds mentioned along the way.

We should start by pointing out that Reading have dominated Rotherham in previous encounters between these two; they have no losses in their last eight clashes with Rotherham, with five wins and three draws. However, Reading's recent form doesn't inspire much confidence; they've suffered three losses in their last four games. In contrast, Rotherham have enjoyed some fine form in recent months; they are unbeaten in 12 consecutive matches, with seven wins and five draws. In spite of the head to head record between these sides, we are predicting a win for Rotherham, based on both teams' recent form.

We've mentioned that Rotherham have no losses in their last 13 matches; they found the back of the net in all of those games. On the other hand, Rotherham have conceded their fair share of goals; as they've seen their defence breached in all of their last six games. Likewise, Reading have scored and conceded goals regularly; they scored in five of their last six games, whilst keeping no clean sheets in their last four games. Both teams scored in all of Rotherham's last six, and in three of Reading's last four games. For these reasons, we believe that both teams will get on the score sheet.

Rotherham won promotion from League One last season and have continued that positive momentum into this campaign. Reading meanwhile endured a difficult season in 2021/22 and early season form suggests that this year might be another tough one; a defeat to Rotherham will have fans getting nervy – even at this early stage.

Rotherham continued their good run with a 2:1 win at Port Vale a couple of days ago; they've lost none of their last 12 matches in all competitions, with seven wins and five draws. Rotherham will welcome Reading to the New York Stadium on Saturday; they'll look to extend their unbeaten run to 13 games.

Reading are coming off a disappointing first round Carabao Cup exit at the hands of League Two side Stevenage; they've had their fair share of struggles lately, with three losses in their last four games. Paul Ince's men will hope to put their recent loss behind them as they go up against Rotherham United; it'll be interesting to see if they can take all the points here.

A quickfire FAQ on Rotherham United vs Reading 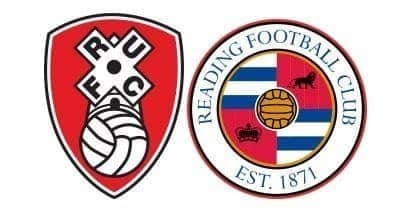